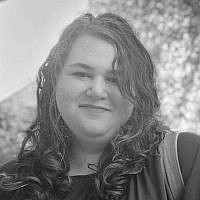 The Blogs
Rivka Mazal Tauber
Apply for a Blog
Advertisement
Please note that the posts on The Blogs are contributed by third parties. The opinions, facts and any media content in them are presented solely by the authors, and neither The Times of Israel nor its partners assume any responsibility for them. Please contact us in case of abuse. In case of abuse,
Report this post. 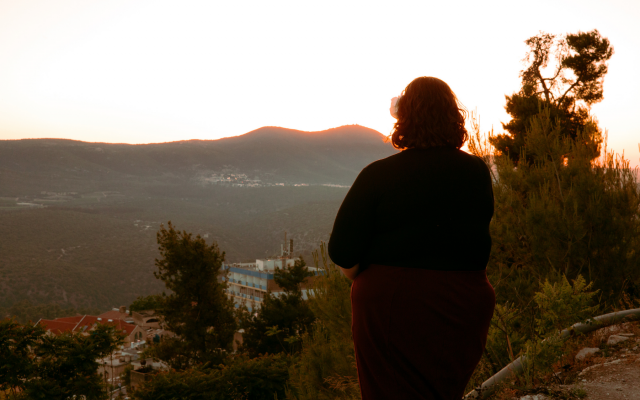 You know the game you play with an almost verbal baby?

You ask them: “Where’s your nose?” And pretend to eat it.

“Where’s your tummy?”  And tickle them.

“Rivka, where’s your body?” I wouldn’t have been able to answer.

My brain divorced my body when I was 8-years-old and I  was in so much pain. Since the only common denominator was that it all came from my body, I was sure that an invisible body could no longer hurt me.

I wrapped my soul in bubble wrap to protect everything that was there, and for the next 15 years, I lived in my head. My body was an afterthought. She was simply the vehicle that carried my brain and thoughts around.

My experience in this world was limited to the cerebral reality: my thinking mind was the only real thing that existed. I got really good at using my brain to create feelings, but they weren’t really emotions.

People who knew me praised me for emotional maturity, and intellectual honesty, but, in reality, it was because my emotions had no sway. They were locked away.

When I was 15, I began the process of starting to heal the gaping, open wounds. I began going to therapy. One of my first therapists tried to teach me how to breathe through anxiety. Angrily, I told her that the problem wasn’t in my lungs but in my brain. I needed to fix my broken thoughts.

I continued living a body-less life.

At 20, In the aftermath of a broken relationship, I wrapped my soul in more bubble wrap.  I gained more weight, further padding my soul. I felt betrayed by my body once again.

As I was unraveling, I landed on the couch of a new therapist. She practiced something called somatic experiencing therapy, which I had no context for, but I was ready to give it a go. Nothing else worked until now and I needed to do something.

In our first session, she asked me how it felt to have my feet touch the floor.

I had to pause.

I have feet touching the floor?

I felt my feet pulled to the ground, connected through the floorboards and foundation to the world below. Me, together with all the feet of humanity, all the animal paws and tree trunks drawn together by the force of gravity. With time and more practice, I felt in sync with the mountains and grass and vegetables.

I have feet touching the floor!

I have toes, they wiggle. I have heels that plant themselves down.

Those feet connect to legs that take me around the world.

My eyes see the things my brain needs to process.

My mouth can begin to whisper the words  of my heart.

And in this movement, the bubble wrap around my soul began to unwrap.

I’m still doing this work, but like a pass-the-parcel game, with each layer comes another level of pleasure to experience. In each moment of healing, I receive a new treasure that was packed away long ago.

My soul expresses itself in this world through my body. My body carries my soul’s thoughts, my soul’s feelings, my soul’s experiences.

And in this process, I’ve learnt that these things I feared: my body, my emotions, my brain… They are not stagnant creations. They were created for fluidity. They were created to change. As I grow, they strengthen. As my healing progresses, my body molds to hold more of my life force so I can move through the world.

My body can now become a safer place: I can be who I was created to be.

As I explore this topic within my own microcosm, I am being gently pulled to explore this on the macrocosm as well.

How this idea plays out in the drama of the cosmos, in the story of creation, and our relation with the Divine.

When G-d created the world, He let it run on its own for 2,000 years. There was no connection between Heaven and Earth, there was no communication. Man ran themselves to destruction once, and it was only Avraham who was able to receive any merit.

Like my brain and body divorcing, each existed, without interaction.

It was when Avraham, and subsequently, Yitzchak, Yaakov, and the rest of the Children of Israel became aware of the Divine that a connection and relationship began forming.

The world began rumbling: perhaps this world has space for G-dliness. Perhaps there’s a bigger picture here after all.

Avraham was the first to recognize it, and as the generations from there followed suit, G-d chose the Jewish people to be his agents down here in the world.

Down to Egypt as slaves just so we can be freed, we became a people.

At Mount Sinai, the giving of the Torah, the bubble wrap protecting the world began unfolding: no longer can the world fully hide the inherent G-dliness within physical matter.

And in the 3,400 years since, with each mitzvah that we do, each word of Torah that we learn, with each prayer that we whisper, we show that the world is really a Divine Vessel. With our bodies, souls, minds and spirits together, we unwrap this world like the greatest pass-the-parcel, divine sparks return to their source to show the truth of this world.

This world itself, this body, this apple, this cow, and this water were all created to express the divine she holds within.

About the Author
Rivka Mazal is in her mid-twenties and an Olah Chadasha. Originally from Brooklyn, she now proudly calls Jerusalem home. She is a Torah Educator and writer. She’s gratefully finding her voice through her love of the Land, our people, and Hashem. You can connect with her on Instagram @RivkamakesAliyah
Related Topics
Related Posts
Comments