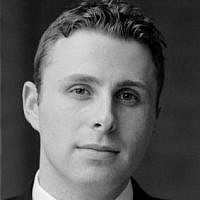 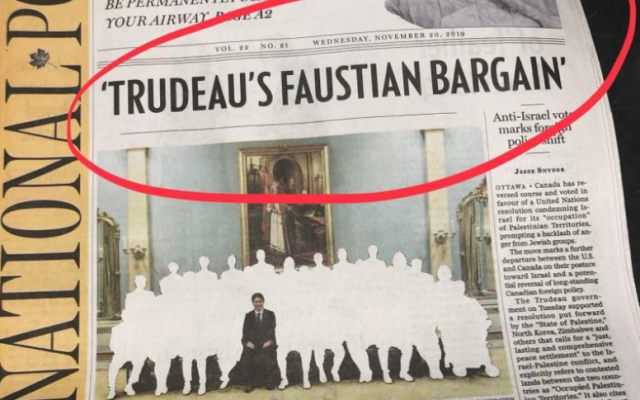 Labelled a “betrayal” of a most trusted ally and a “Faustian bargain with dictatorships,” on November 19, Canada voted against Israel and with the Jewish state’s enemies at the United Nations.

Breaking with bi-partisan tradition and a principled 10-year record in opposing one-sided resolutions, Canada joined a who’s who of rogue, tyrannical and human rights offending nations, by singling out Israel for opprobrium at the UN. Much to the jubilation of the anti-Israel community, Canada shed its liberal democratic values by lending its support to an effort designed to isolate Israel and protract the conflict. 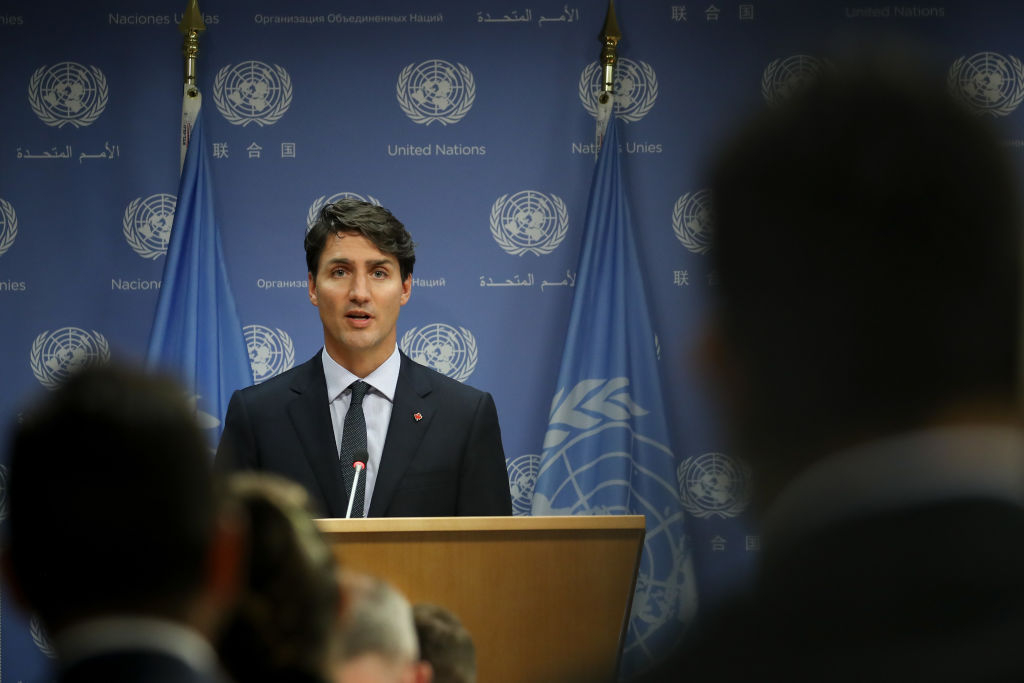 The anti-Israel resolution sponsored by North Korea, Egypt, Nicaragua, Zimbabwe, and the Palestine Liberation Organization, condemned Israel for “occupying” the Jewish quarter of its eternal and undivided capital, Jerusalem and its most cherished holy sites. Though Canada doesn’t recognize Israel’s annexation of east Jerusalem in 1981, it’s official Canadian policy to not prejudge final status issues like borders to allow for territorial compromise between the parties.

The resolution rebuked Israel for its anti-terrorism security barrier which has saved countless lives on both sides of the conflict, has reduced friction and prevented bloodshed. The non-binding and purely political resolution put the onus squarely on Israel to procure Middle East peace, saying that Israel is chiefly responsible for Palestinian self-determination. 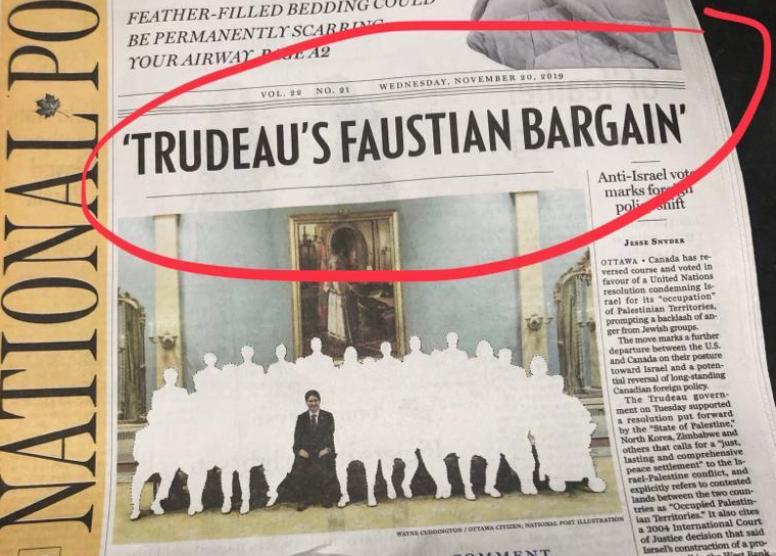 Canadian media failed to scrutinize the resolution’s imbalance as it didn’t mention relentless Palestinian terrorism against Israeli civilians by Hamas or the Iranian-controlled Islamic Jihad, nor was there a peep about the thousands of rockets fired from Gaza, Syria and elsewhere in the Levant at the Jewish state’s civilians. Not surprisingly, there wasn’t any reference to rampant Palestinian incitement, corruption and intransigence to peace.

Israel regards the resolution as part and parcel of an ongoing effort to deligitimize the country. In diplomatic language, Israel said it was “very disappointed” with Canada and felt blindsided.

As to Canada’s motive, news pundits, analysts and various stakeholders cited Canada’s eyeing a seat at the UN Security Council. Canada has been campaigning to win a temporary, two-year seat on the Council starting in 2021. UN Watch Executive Director Hillel Neuer observed that Canada’s “trading its bedrock principles of fairness and equality for a UN Security Council seat does not bode well for a free and democratic society.” Niki Haley, former U.S. Ambassador to the UN, said Canada made a deal with the devil and committed “cultural corruption” with this vote.

According to this narrative, Canada made Israel the sacrificial lamb by trading its principles for political expediency so that it could get a rotating seat on the Council by appeasing despots to secure their vote. Meanwhile, another argument holds that Canada changed its vote because the minority Liberals were influenced by the NDP and beholden to its anti-Israel activist base.

Interestingly, Canada could have chosen to abstain, but instead voted in support of the resolution. Importantly, according to the Centre for Israel and Jewish Affairs (CIJA), this vote stood in contradiction to explicit commitments made by Liberal candidates who pledged to oppose the chorus of anti-Israel resolutions at the UN and at other international fora in the run-up to the recent election.

Whatever the reason(s) may be, the unfortunate outcome is that there’s now some daylight between Israel and Canada. When Canada’s UN Ambassador, Marc-André Blanchard, recently re-tweeted a La Presse op-ed titled “Canada regains its voice at the UN”, suggesting that a previous Canadian vote on the Israeli-Palestinian conflict to abstain had lacked courage, consequently, the Canadian Jewish community’s confidence in our elected officials was diminished. Naturally, this entire situation is very regrettable given that the Trudeau government has shown stalwart support for Israel while in office, support that the Government of Canada itself regards as being “unwavering” and “ironclad”.

Does this vote represent a marked shift for Canada? Not so says Prime Minister Trudeau at a menorah lighting ceremony on Parliament Hill on December 9. Meanwhile, Adam Austen, Press Secretary of the Office of the Minister of Foreign Affairs, said Canada remains fully opposed to the “singling out” of Israel at the UN. While you cannot help but cringe at the apparent hypocrisy of this statement, it’s noteworthy that on December 3, Canada commendably voted against five anti-Israel resolutions tabled at the UN General Assembly. At the kangaroo court known as the UN – a place where the inmates run the asylum and where the Arab and Muslim world wield an automatic majority – these resolutions were swiftly adopted. Of course, there were zero resolutions which condemned any other country in the world on that day other than Israel. There were no resolutions tabled to condemn Iran, Syria, Iraq, Pakistan, North Korea, Saudi Arabia, etc.

By way of history, in 2018, the UN General Assembly (GA) passed 21 resolutions which solely condemned Israel, compared to six for all other nations of the world! Every year, 16 resolutions target Israel at the GA.

Prime Minister Trudeau is not averse to issuing apologies to right past wrongs and it’s necessary for his government to re-earn the trust of the Canadian Jewish community and the state of Israel, by reversing its vote when this resolution comes up for its second and final vote in mid-December at the UN General Assembly. In so doing, Canada would regain its moral compass, stand shoulder-to-shoulder with Israel and Canadian Jewry, and impart an important message to the world: Canadian principles are not for sale.