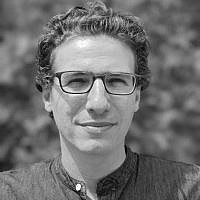 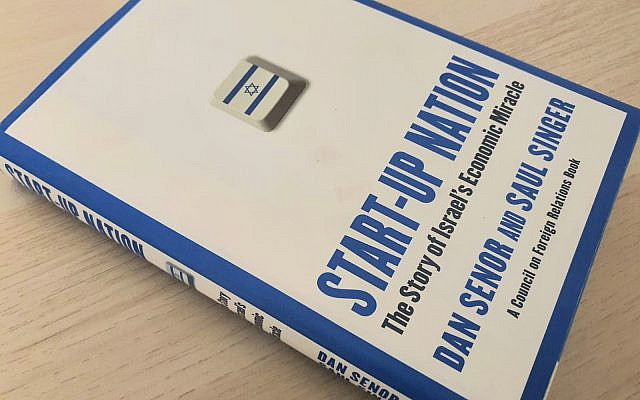 For those of us who remember how Israel was perceived prior to the 2010s, evidence that Israel’s startup ecosystem is in decline –  as reported by the Israel Innovation Authority and Startup Nation Policy Institute – should be a wake-up call. Before Dan Senior and Saul Singer redefined the zeitgeist through their book, Startup Nation, Israel was thought of internally and externally as an embattled country that happened to give good tech. Overnight, that formulation flipped. We went from Second Intifada to Startup Nation in less than a decade.

Just as Leon Uris’ Exodus narrative highlighted the determination that enabled the Jewish People to rise from the ashes, Startup Nation created the conditions for the Abraham Accords and the economic vision of regional coexistence they represent. Never mind that Israel’s innovation sector has never represented more than 10% of our workforce, or that the economic growth it generated has only accelerated Israeli socioeconomic divides. The Startup Nation brand lent Israel crucial domestic and international legitimacy. That is why we need to take very seriously the finding that Israel produces only half as many startups today as it did 6 years ago – a 14% annual drop, steady over more than half a decade.

We need to take very seriously the finding that Israel produces only half as many startups today as it did 6 years ago – a 14% annual drop, steady over more than half a decade

We should care about the decline of the Israeli startup sector for two reasons. Firstly, an Israel without startups, an Israel whose tech sector is no more than a feeder for multinational corporations, is an Israel in which our socioeconomic divides will ossify, withering our dynamism. Secondly, and more importantly, we should care about the decline of our startup sector because it will reduce our potential contribution to the world. A world desperately needing new solutions.

While the report’s authors conclude the decline is mainly limited to social media and advertising companies because of the sector’s concentrated nature, anyone who knows entrepreneurship knows that cannot be the case. Simply put: entrepreneurs do not start companies following dispassionate economic analysis of a market segment. We do it out of passion, seeking to solve problems we see and hoping to disrupt the status quo. We do it to transform markets, not to conform to them.

As a founder of three ventures over the past two decades, my own experience leads me to believe the real reason for the decline is that Israel’s potential entrepreneurs are weary from, wary of, and demoralized by an ecosystem characterized by a dynamic most closely resembling gladiatorial combat. Ten founders enter the arena, one emerges victorious. To the VC go the spoils. For a nation whose only natural resource is our brains, we’ve somehow accepted the harm to mental health this economic system causes.

The real reason for the decline is that Israel’s potential entrepreneurs are weary from, wary of, and demoralized by an ecosystem characterized by a dynamic most closely resembling gladiatorial combat

Life as a founder in Israel has only grown tougher over the years. Back when Startup Nation was growing and thriving in the late ‘00s and early ‘10s, my peers and the founders I worked with through PresenTense’s accelerators (like Tel Aviv’s The Library) had the wind in our sails: because unemployment could give you six months of a livable wage in Tel Aviv, and the salary differential between an established company and a startup was not extreme, founders could afford to take a year to try to get their idea off the ground without metaphorically sacrificing their firstborn.

If an idea resonated with potential customers and partners, raising enough money to hire your core team didn’t require VC-sized rounds. The technically minded were willing to trade the slightly higher salaries at established companies for the flexibility and ownership of a new venture. The smaller difference in salaries and less atrociously expensive cost of living made the risk justifiable, romantic even.

Circumstances have changed, in terms of both risks and rewards. On the risk side, Israel is one of the most expensive places to live in the world. Unemployment benefits definitely do not go as far, barely covering rent in Tel Aviv. The salaries offered by multinationals for any decent startup hire candidate are a multiple of what an early stage company can offer without a VC round.

The result is that more founders need VC sooner, making the idea of founding a startup in the first place more daunting for many. Most of us know founders whose companies were torn from them by aggressive VC, whose moments of victory were stripped of glamor by the ferociousness of shareholder preferences. Many more know the 98% of founders who took their shot and missed, who went into debt and were abandoned by their investors. Many of us know founders who carry the weight of failure, who are seen by their friends and peers as an example of why not to start a new venture.

This does not have to be the case. The often untold story of Startup Nation is that it was built using public funds. To build Startup Nation 2.0, we will need to rekindle that resolve. We need to launch a program of Yozma-like proportions that frees our best and brightest from the gladiatorial culture of our VC-backed ecosystem, with its startup competitions and celebration of enormous financing rounds.

There are many more limited steps we can take to align our innovation ecosystem: We can strengthen how our public institutions collaborate with innovators, adding incentives for them to serve as experimental platforms for new ideas and serve as venture clients of first resort. We can double down on the Israel Innovation Authority’s collaboration with Universities and the Israel Tech Transfer Network, through tax incentives and the creation of technical schools to support the new industries the spinoffs will create. We can upgrade our industrial park infrastructure with inexpensive coworking spaces and shared laboratories, to expand innovation outside of the extremely expensive Tel Aviv core, and ensure they are easily accessed through public transportation. In order to reverse the decline of Startup Nation, we need to disrupt the reliance of Startup Nation 1.0 on short-term investor ROI, and create the conditions for founders to build ventures that serve the country and the world.

In order to reverse the decline of Startup Nation, we need to disrupt the reliance of Startup Nation 1.0 on short-term investor ROI, and create the conditions for founders to build ventures that serve the country and the world

If we care about Israel’s culture of dynamism, if we believe Israel can truly contribute its innovative reservoirs to solving the intimidating challenges facing the world in an era of climate chaos, we need to address the systemic reasons why a rational adult would not want to start a new company. We need to close the gap between doing well and doing good, using our existing public platforms and new tax incentives. We need to leverage our public institutions to help entrepreneurs achieve outcomes benefiting the public good. We were able to do it before, when Israel was seen as no more than an island nation in a sea of violence; now that Israel is swimming in praise for its innovative potential, we can do it again.