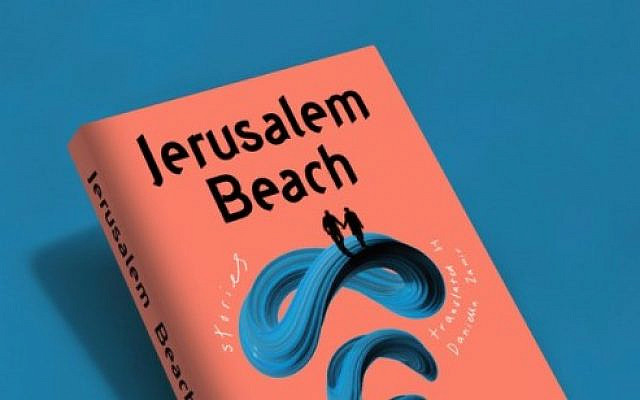 In the opening story of Jerusalem Beach by Iddo Gefen, translated by Daniella Zamir (Astra House, August 2021), an eighty-year-old man enlists in the Golani infantry brigade. His son is sure he has “lost his marbles.” Serving in the army at that age would “help death along.” The old man replies that he is “trying to outrun death.”

In this story, “The Geriatric Platoon,” the IDF has established “a unit for the elderly, mainly for show” and their service on the border is “just a game everyone’s playing.” But for the wayward, elderly soldier, service in the army is much more than a game. His worried son and grandson go into action to bring the old man home, and an incident on the border makes their mission more urgent than ever.

In the story’s subplot, the narrator is receiving a series of emails from his estranged mother. Will connections between family members be repaired by story’s end, or will tragedy drive them apart? This well-constructed story, partially epistolary in format, leaves readers eager to dive into the rest of the collection. 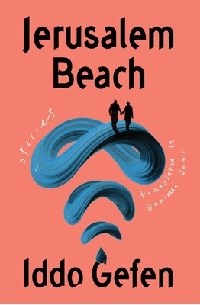 Many of Gefen’s stories are otherworldly, although you wouldn’t classify them exactly as science fiction but rather narratives focused on memories and dreams. There is an interplanetary coming-of-age tale in “The Girl Who Lived Near the Sun”; dreams are monitored and built in “Debby’s Dream House”; and memories are shared in “How to Remember a Desert”; but two tender, very emotional stories make this collection a tour de force of new Israeli literature.

In “Exit,” a young girl wanders into the desert and “disappear[s] into the thicket of her dreams,” leading her mother to say, ‘’Something in her eyes has changed since we moved south.”

The family’s move to the Negev has given the mother a chance to advance her career, while the father is stuck, working alone on developing an app for his start-up. Seeing how his wife was not relating to “her little girl falling apart before her very eyes,” the father realizes “she [had] shifted the responsibility for our daughter’s care over to me.”

As the young girl grows distant, withdrawing from the waking world while walking a fine line between memories and dreams, her anxious parents think that if they just understood what she was dreaming about, they could find a solution to her mysterious medical condition. Readers will sympathize with these helpless parents, hoping that the young girl will find a way out of her dreams and back into the arms of her caring family.

The dream-like title story, “The Jerusalem Beach,” is the most touching in the entire collection. An elderly woman is suffering from Alzheimer’s. Along with her caring husband, “they went looking for her first memory, snow on the beach in Jerusalem.” Her husband knows the memory, and the beach itself, are probably imaginary, but what wouldn’t one do to in hopes to help the woman you love?

The two arrive at the central bus station in Jerusalem, board the “miraculous” light rail train, and travel to the Machane Yehuda market. Jerusalem has changed immensely since his last visit decades before. Just like his wife, he, too, finds himself “lost in time and space.” Readers will be eager to learn if the snowy beach is a dream or a true memory “too precious to place in the hands of another, even of a loved one.”

When you read Gefen’s stories, with their diverse characters, and cross-genre themes of memories and dreams, you never know what you’re going to get. But one thing you do know. Each story is going to be very enjoyable to read.

Iddo Gefen is an author and neurocognitive researcher at the Virtual and Augmented Reality Lab at the Sagol Brain Institute. He leads an innovative study to diagnose aspects of Parkinson’s disease using storytelling and augmented reality. Jerusalem Beach, his first book, received the Israeli Minister of Culture’s Award in 2017, and he won the National Library of Israel “Pardes” Scholarship for young writers in 2019.