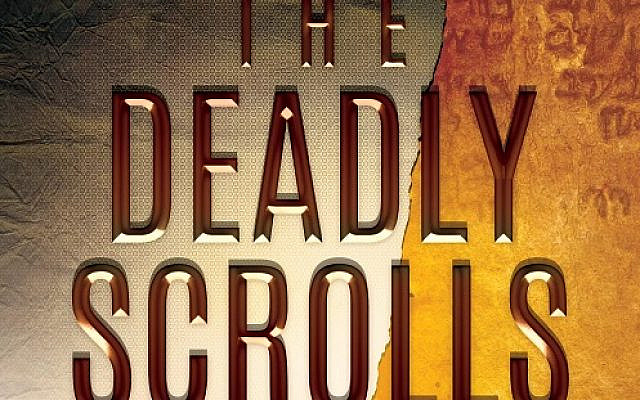 The Deadly Scrolls by Ellen Frankel (Wicked Son, May 2022) starts out like a police procedural but has many of the elements of an Indiana Jones-like thriller. A murdered Biblical professor with cryptic files on his laptop. Scholars and villains searching for hidden Temple treasures. A corrupt Old City antiquities dealer. A purple-haired American held captive to decipher an ancient scroll. And a solitary Israeli intelligent agent racing to stop a fanatical millennialist bent on destroying the mosques on the Temple Mount. 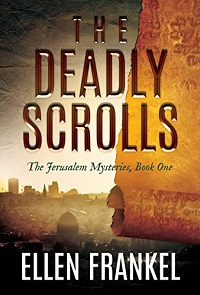 Maya Rimon must balance her career in Israeli intelligence with being a single mother trapped in a custody battle over her daughter. With a botched operation in her past, Maya sets out single-handedly to solve the professor’s murder and its connection with the Copper Scroll, a genuine Dead Sea Scrolls artifact. The scroll could possibly reveal the location of the Temple treasures, or alternatively set in motion the fanatic’s plan to bring about the End of Days.

Ignoring protocol and the warnings of the Israel Police and her boss at the agency, Maya travels to unexplored caves at Qumran where additional scrolls may be buried. A race across the desert and through the Western Wall Tunnels leads her to a fateful confrontation deep under the Dome of the Rock.

Like other thrillers set in the Holy City, The Deadly Scrolls occasionally fails a basic course of Jerusalem geography. It doesn’t take ten hours to drive from Efrat near Jerusalem to Almog just north of the Dead Sea, for example. Implausible plot twists aside, the novel ties together real and imagined Biblical treasures with modern-day fanatics determined to use those treasures to achieve their nefarious plans.

The Deadly Scrolls is well-written and its pace moves ahead quickly, making it overall a fun read, with promises of a Maya Rimon sequel ahead.

Ellen Frankel served for eighteen years as Editor in Chief and CEO of The Jewish Publication Society. She is the author of ten books, among them The Classic Tales; The Encyclopedia of Jewish Symbols with Betsy Teutsch; The Five Books of Miriam; The Jewish Spirit: A Celebration in Stories and Art, and The Illustrated Hebrew Bible, winner of the National Jewish Book Award. She has also written lyrics for a number of musical works. Frankel and her husband, Herb Levine, divide their time between Sarasota and Maine.