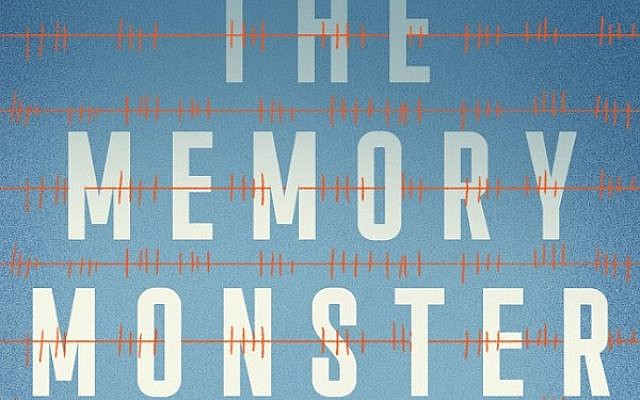 Holocaust studies have been mandatory in Israeli high schools since the 1980s and 11th graders are regularly taken on educational trips to the German extermination camps in Poland. According to a study of “Shoah Education in Israeli State Schools 2007-2009” presented by Bar Ilan University, “The journey to Poland is among the most important and effective aspects of Shoah education, highly valued by students, teachers and school principals.”

But what about the long-term effects of these journeys on those who guide the students through the camps? Are they able to bear the emotional burden of walking under the iconic Arbeit macht frei sign at Auschwitz’s gate time and time again? 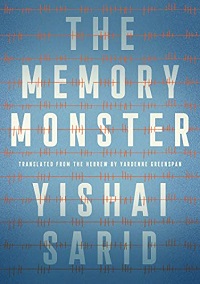 The subject of Holocaust education from the viewpoint of concentration camp tour guides is at the center of The Memory Monster by Yishai Sarid, translated by Yardenne Greenspan (Restless Books, September 2020). The short, but powerful novel raises the question of how far we let the horrors of the past infiltrate our present day lives.

The book’s narrative is presented as a report by a nameless historian to the chairman of Yad Vashem, the official representative of Holocaust memory in Israel. The report details the historian’s career, how he at first considered Holocaust studies a burden and thought himself immune to the emotional stress. The historian prepared his PhD dissertation on the process of Nazis’ extermination techniques—a topic covering the details of mass murder, gas chambers, and crematoriums—while supporting himself and his family by guiding high school students in Poland.

It’s hard to squeeze out a tear from the next generation, the historian states in the report, despite their marching through the camps wrapped in the Israeli flag, singing the national anthem. They cry momentarily, he notes, but he also wonders how deep the memory of what happened to the Jewish people has sunk into their bones.

Retelling the horrors of the Holocaust in an endless loop takes an enormous toll on the historian and he struggles to transfer memories of what happened to the youth he guides. In describing his work to his young son he says he is battling a monster, a Memory Monster, and only by the book’s end will we learn whether he manages to survive that battle.

The Memory Monster is not an easy book to read but its message is important to hear. The story of the Holocaust must be told, the memories must be kept alive, and we must find ways to handle those memories without losing our grip on reality.

Yishai Sarid is an Israeli author, novelist and lawyer. He is the son of Israeli politician and journalist Yossi Sarid. Previously serving as an Assistant District Attorney in Tel Aviv, he is today an active lawyer and arbitrator, practicing mainly civil and administrative law. Sarid is the author of six novels, including Limassol, which won the Grand Prix de Littérature Policière in 2011. In 2016, his novel The Third won the Bernstein Prize literary award for Israeli writers 50 years of age and younger.

Yardenne Greenspan is a writer and Hebrew translator. She blogs for Ploughshares and her work has appeared in The New Yorker, Haaretz, Guernica, Literary Hub, Asymptote, The Massachusetts Review, and Words Without Borders, among other publications. Her translation of Some Day, by Shemi Zarhin (New Vessel Press), was chosen for World Literature Today’s 2013 list of notable translations.