The Blogs
Neville Teller
Apply for a Blog
Advertisement
Please note that the posts on The Blogs are contributed by third parties. The opinions, facts and any media content in them are presented solely by the authors, and neither The Times of Israel nor its partners assume any responsibility for them. Please contact us in case of abuse. In case of abuse,
Report this post. 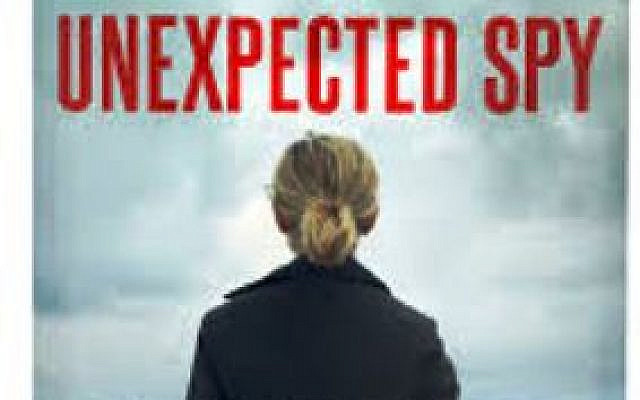 As an undergraduate at the University of Southern California in 1998, Tracy Walder’s aim was to become a high school history teacher.  Today she has achieved her ambition, even if her special topic, and indeed her classroom, are just a little out of the ordinary.  She runs a special course on Spycraft, and on a shelf near her desk are photographs of her with leading US politicians and some of her on assignment for the CIA and FBI.  Also hanging on the wall is an American flag whose stripes contain the names of every person killed in the terrorist attack on the US on September 11, 2001.

For the astonishing fact is that for five years after graduating, Walder – a young woman in her early twenties – had a distinguished career as a counter-terrorism officer in the CIA, followed by a spell in intelligence in the FBI.  She was involved in tracking down terrorists, and succeeded in foiling a succession of planned chemical attacks worldwide.  She skilfully debriefed captured fighters until they gave her the information needed to seize others and  frustrate future attacks. She briefed senior intelligence officers from around the world, and gathered information from them on behalf of the US.

Tracy, born in Orange County, California, was a shy, inhibited little girl.  She came out of her shell at university, flourishing in the companionship of her Delta Gamma sorority.  She herself does not quite understand what prompted an impetuous decision at a university Career Fair in her junior year.  Major US organizations had set up stalls, seeking to recruit the brightest and best.  Ignoring the crowds of students mobbing the dot-com stands, she was drawn to a quiet table with a cardboard placard that read: “Central Intelligence Agency”.

Tracy Walder is an exceptionally gifted individual.  Not only did she successfully navigate the CIA’s stringent recruitment procedures, she subsequently undertook and passed their rigorous training courses.  Aged just 22, she found herself inside the CIA at an historically high point in the battle against Islamist extremism. In 2000, the al-Qaeda organization was its exemplar.

There had been conjecture about al-Qaeda plans to hijack planes or blow up buildings within the US, but no-one in the CIA had any firm information.  Their suspicions, however, were passed to the White House.  Walder believes they were not taken seriously.

Walder was at her desk on September 11, 2001 when the first news of the attack came through.  The horrific loss of life, and the devastation that followed, left her with a deep determination to hunt down those responsible.   In “The Unexpected Spy” Walder tells how her career in the service of her country, and indeed the path she has subsequently taken, has been shaped by the events of that day.

For example, immediately after the 9/11 attack, she began the search for Osama bin Laden and, assisted by the advanced tracking techniques she was using, by the first week of December CIA agents on the ground in Afghanistan were able to confirm bin Laden’s presence in the caves of Tora Bora.  A plan was devised to assault the caves from the air, flush out bin Laden and take him prisoner.  Adequate manpower was essential if the plan was to succeed, but the White House did not deliver.  It was preparing forces for the invasion of Iraq. As a result bin Laden and his followers escaped, and lived to harass the world for a further decade.

As regards the Iraq invasion, Walder is scathing.  By 2003 she was heavily engaged in tracking the development of chemical weaponry and weapons of mass destruction (WMDs), and had long since identified its leader, Abu Musa al-Zarqawi.  He was running the poison networks for Europe and Africa.  She was instructed to find connections between Zarqawi and Saddam Hussein, in order, she believes, to justify the projected attack on Iraq.  She and her team searched hard, but came up with nothing.

On February 4 she handed a document titled Terrorist Chart to the White House, containing the known facts.  On February 5 Secretary of State Colin Powell addressed the UN, seeking support for the invasion of Iraq.  As he spoke he held up a document.  It was not Walder’s, and it was titled: Iraqi-Linked Terrorist Chart.

The twin factors Walder had to fight consistently during her career were her gender and her age.  For example, it took two full years for Walder to find a publisher for this book, since again and again she was told that nobody would believe that a girl in her twenties had done what she claimed.  This was precisely the situation she found while training to join the FBI.  Her instructors believed she was exaggerating her role in the CIA, until finally, towards the end of her course, they sent over to CIA headquarters in Langley for her complete file.

Throughout her career she found herself the only female in what was decidedly a male-dominated world.  This fact, allied to the misogyny she encountered time and again, left her with a determination to inspire girls to go out into the world and help influence the future.  That she now sees as her aim in life, and regards “The Unexpected Spy” as an important step in that direction.  In this, as in so many other matters, she is surely not wrong.

About the Author
Born in London and educated at Oxford University, Neville Teller has worked in advertising, management, the media and the Civil Service, and has written about the Middle East for more than 30 years. He has also written consistently for BBC radio, and in the Queen's Birthday Honours in 2006 was awarded an MBE "for services to broadcasting and to drama.” He made aliyah in 2011.
Related Topics
Related Posts
Neville Teller
Comments