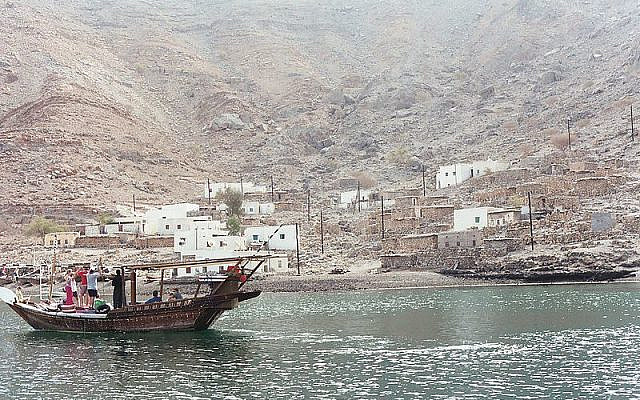 Earlier this week the Sultanate of Oman hosted an event showcasing the cultural wealth and historical sites of Musandam under the pretext of cultural inclusion and safeguarding. What Muscat is conveniently omitting to say is that this particular exercise aims to repaint the province under the colours of its ruler, rather than celebrate its cultural, historical, religious, and linguistic idiosyncrasies.

Musandam, which was annexed by Oman in the early 1970s after a deal was struck with the British government, remains fiercely in opposition of the Sultanate on the basis of the systematic abuse its tribe, the Shihuh,  has suffered over the decades.

An exclave lying south of the United Emirates, Musandam does not have direct borders with Oman, and can only be accessed by sea.

Musandam has held close ties with Oman prior to its annexation – mainly through trade, its people never identified as Omanis, and have instead clamoured for territorial independence, arguing for political self-determination – a claim that has been met with utmost violence by Muscat’s security forces. From unlawful arrests to the destruction of entire villages, Oman has waged a quiet war against Musandam, forcing countless communities into leaving their ancestral homes by cutting them off from all basic services – education, health, jobs etc …

Oman’s desire to exploit the province as a main smuggling route has played a huge role towards Muscat’s insistence to drive local populations off the exclave, notwithstanding the need to covertly suppress potential dissidents and thus ensure that communities comply to officials’s wishes.

Where villages once thrived, military bases and other infrastructures have been built, uprooting thousands from their homes.

Forgotten by the international community, the plight of Musandam remains largely ignored – that is not to say it should go on unaddressed, especially if we consider the fierce campaign of oppression and cultural remapping its people have been subjected to.

In recent years cultural sites have been destroyed to better cancel Musandam’s historical ties to the land and reinforce Muscat’s narrative that the province’s cultural footprint is inherently Omani – a blatant exercise in cultural appropriation.

Castles, forts and historical relics have been destroyed mercilessly to erase all traces of the Shihuh so that Oman could better assert ownership of the province’s history and sell the notion of a monolithic pan-Omanian culture. Most significantly of all was the destruction in 1985 of the Diba Fort. The structure was later rebuilt to fit the accepted Omani aesthetic.

But there is more! The practice of the Shihuh tribe’s dialect has been outlawed as well as their traditional clothing in the name of integration. Muscat’s campaign against Musandam has gone as far as restricting the tribe’s ability to freely practise their faith, which differs from the Abadi school of thought (Islam) Oman follows.

Oman’s campaign in Musandam has been one of cultural suppression and criminalisation. Writing on the matter Irina Tsukerman, a human rights lawyer based in New York noted in 2019, “this imposed conformity likewise is similar to the suppression of cultural identities of the non-Persian nations in Iran. The purpose for it is to ensure compliance of minority groups with the government and also to create a sense of hostility of other tribes against a unique culture, which can then be blamed for any potential grievances. Essentially, Oman seeks to impose ethnocentric nationalism at the expense of pre-Sultanate cultures.”

Thousands of years of history should not be so easily dismissed. More importantly we ought to consider the loss incurred by those communities indigenous to the land and what this ultimately means for their future. Once a people finds themselves cut off from their roots, forced to assimilate into another culture, they stand to lose their identity.

As for the international community, we stand to watch history disappear.

While Musandam might not commandeer much of the world attention at this particular juncture in our political history, to allow a state such as that of Oman, a key partners to Western capitals, to discriminate, pillaged, and oppress a people on the basis of their ethnic and cultural identity so that they could be disappeared constitute crimes too grave for us to simply ignore.

History is being falsified and facts distorted to cater to Muscat uber nationalistic narrative, so that the Shihuh’s calls for cultural conservation and the protection of their historical sites would hold little sway. The government today wishes to be the central authority in charge of history, and this is one way for glorifying and aggrandizing its power.