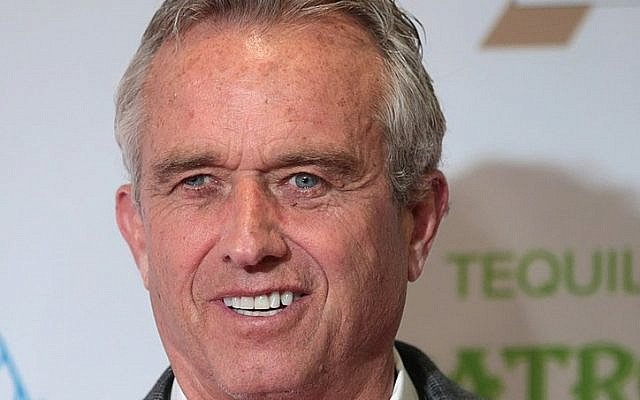 The prestigious Dan David million dollar Prize, affiliated with Tel Aviv University, was awarded this year to Dr. Anthony Fauci in honor of his public health career and for “speaking truth to power.” It’s fair to wonder however how the awards committee might vote now with JFK’s nephew, Robert F. Kennedy Jr., releasing another and quite different view of what Dr. Fauci has or hasn’t accomplished. It’s a thorough one too, with an overwhelming twenty-two hundred footnotes/references.

Unfortunately though “The Real Anthony Fauci” doesn’t read like a panegyric to anyone, much less Anthony Fauci. Instead there’s actually plenty of blame to go all around once partisan blinders are removed and the glaring and quite ugly facts about governments, pharmaceutical giants, medicine, profit, and public health agencies come into focus.

RFK Jr. lays out in stark detail, over a truly exhaustive range, the missteps, flip-flops, mischaracterizations and blunders that he characterizes as the chilling history of drug experimentation, profit windfalls, and pharmaceutical bullying. Much of it Mr. Kennedy charges is taking place in developing countries amid vulnerable populations with lackadaisical government oversight—with Dr. Fauci as one of the central figures in what Kennedy calls the “strip mining of our economy.”

Kennedy identifies this assault—on everyone, worldwide, globally—as coming from a powerful consortium of government, media, and pharmaceutical giants operating in tandem as a team, using hype, doomsaying, and panic-mongering to push the newest drug being peddled while quashing and censoring all dissenting voices.

Regimes throughout the world are naturally inclined to acquiesce at least to this sort of control model, simply owing to self-interest, seeing no reason to turn down making submissive populations even more cowed, separated, hushed, compliant, and dependent. These are the routine tactics Kennedy insists are being employed, and the unfortunate winning strategy trotted out over and over again so as to establish it as the “new normal,” and now entering into its newest phase with the omicron variant taking the stage, as if right on cue.

Whether swine flu, bird flu, Zika virus or the current or next of ceaseless future opportunities for using fear to push through political and economic agendas, Mr. Kennedy points out that astonishing shifts of wealth are also taking place as a result.  “As this current pandemic has impoverished the world, hundreds of new billionaires have been created, many of them in Silicon Valley.”

That this inescapable upturning of everyone’s world—with its inflation, poverty, shortages, curtailment of rights, censoring of speech, character assassinations of political opponents, government heavy-handedness— could somehow go unnoticed seems absurd to Kennedy. It’s seen alright, but simply looked away from by a scared populace, and that’s the result the uber-rich elitists’ playbook correctly predicts.

There’s another harm though connected with this prize and it doesn’t concern the current debate in viruses, vaccines, masks, individual rights, public safety, infringement upon one’s own body, or anything else but instead in esteemed institutions such as the Dan David Prize being lessened by the corrupting influence of politics, the slightest tinge of which, everyone knows, can be lethal. A dozen years ago this award went to Al Gore, for example.

Americans, Israelis and everyone else only expect that strikes and balls are called honestly by their government, press, institutions, clergy and civil and scientific authorities —and there are far too many indications, as Robert Kennedy declares in no uncertain terms, that the opposite is in fact the case.