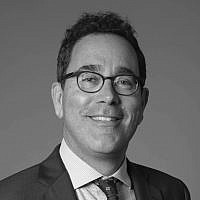 The Blogs
Gavriel D. Rosenfeld
Apply for a Blog
Advertisement
Please note that the posts on The Blogs are contributed by third parties. The opinions, facts and any media content in them are presented solely by the authors, and neither The Times of Israel nor its partners assume any responsibility for them. Please contact us in case of abuse. In case of abuse,
Report this post. 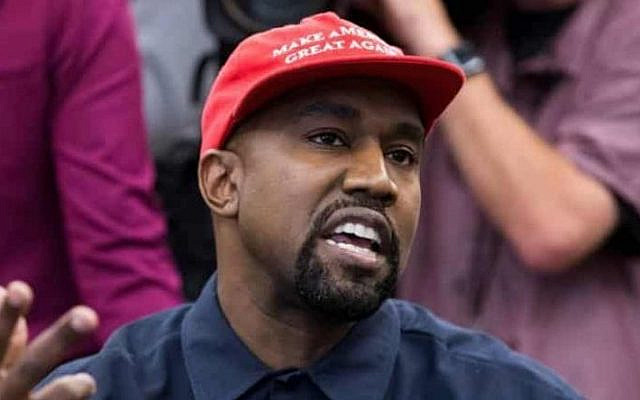 Seen from a historical perspective, antisemitism in today’s America is not qualitatively new in terms of its ideas. But it is experiencing a shift in how these ideas are being disseminated in the public sphere. Like old wine being poured into new bottles, longstanding allegations against Jews are being spread in new digital forms by people who enjoy mass cultural reach. The result is a paradoxical synthesis of normalization and radicalization that is eroding old taboos against Jew hatred and making it more acceptable in contemporary American life.

This development is marked by four trends. First, antisemitism is becoming normalized culturally, in the sense that it is becoming more visible thanks to its dissemination by prominent celebrities (think Kanye West, Kyrie Irving, Dave Chappelle). Antisemitism is also becoming normalized politically in the sense that is being tacitly endorsed by the MAGA wing of the Republican Party. Both these trends are being fueled, third of all, by a radicalization feedback loop that, rooted in cultural and political exigencies, is increasingly shaping American life. Finally, these trends are collectively normalizing a sense of dread among American Jews about their community’s immediate future – especially since history reveals we have been here before.

The cultural normalization of antisemitism is marked by its celebrification. Kanye West’s outburst expressed timeworn and long discredited ideas (mostly about the outsized extent and insidious reach of Jewish power) that stretch from the Protocols of the Elders of Zion to the propaganda of Adolf Hitler. But the entertainer’s gigantic reputation in the worlds of music and fashion, together with his 30 million Twitter followers, gave his sustained rant against Jews a much larger platform than could have ever been achieved by lesser-known figures. West’s reputation, moreover, amplified Kyrie Irving’s antisemitic tweet, which stemmed from a different, but no less hateful source — namely, the conspiratorial worldview of the fringe Black Hebrew Israelite community. The ensuing media attention prompted Chapelle’s comments on both men’s behavior on Saturday Night Live (SNL), which further enflamed the scandal. These are not the first celebrities to spout antisemitic beliefs on social and traditional media, but the rapid-fire series of events produced a perfect storm of special attention.

The cultural normalization of antisemitism is also marked by the growing use of radical rhetoric. What was once implied through dog whistles is now being shouted through bull horns. A few years ago, for example, an oblique, highly coded reference to Jewish media control circulated via a popular meme featuring a quote misattributed to Voltaire (it was actually written by an American neo-Nazi in the 1990s): “To learn who rules over you, simply find out who you are not allowed to criticize.” In contrast, West’s declaration, “I love Nazis,” was explicit, as was his outrageous denial of Jewish Holocaust deaths, his claim that the Hitler did “good things,” his tweeting of a swastika interlocked with a Star of David, and his “death-con 3” intimation of violence. West removed all signs of politesse from antisemitism and boiled it down to core hatred. That many of his fans and supporters have echoed his claims, declaring “Kanye was right about the Jews,” is cause for alarm.

The cultural normalization of antisemitism is especially worrisome given its simultaneous political normalization by the MAGA wing of the Republican party. The GOP’s stance on antisemitism is selective, combining foreign policy support for the State of Israel with tacit, and at times explicit, support for far-right antisemitic dog whistles. These include rightwing attacks against the “globalism” allegedly promoted by billionaires such as George Soros, Michael Bloomberg, and the Rothschild family; the moral decline fostered by “Hollywood moguls”; and the alleged Jewish role in promoting liberal social causes, such as immigration, gay rights, and COVID-19 vaccinations. This Janus-faced stance reveals that the MAGA movement differentiates between two kinds of Jews: “good” ones who lean right-of-center and embrace nationalism; and “bad” ones who lean left-of-center and embrace universalism.

Trump’s dinner with Nick Fuentes, however, and the MAGA wing’s silence towards it, revealed a new willingness to entertain a more explicit kind of antisemitism with roots in the Nazi era. Until recently, mainstream politicians who dined with Holocaust deniers would have been disciplined by party leaders. This time, with few exceptions, Trump’s allies and enablers failed to call him to task. At the same time, other MAGA leaders have minimized the Holocaust by portraying themselves as victims of Democratic “Nazis.” The assertion by Marjorie Taylor Green that “Biden is Hitler,” the claim of rightwing pundits that America is becoming a “Fourth Reich” under Democratic rule, and the allegation that COVID-19 skeptics are being treated like Jews in Nazi Germany, all seek to obscure the fact that MAGA politicians beyond Trump, such as Paul Gosar (and Green herself), have openly associated with Fuentes and other far right extremists.

Human communication in the online world has become increasingly governed by the economics of attention. Whatever content can attract eyeballs (and clicks) is instantly rewarded. Thanks to the tyranny of the algorithm, social media platforms such as Facebook, Twitter, and YouTube are ruled by hyperbole, sensationalism, and radicalism. That in turn helps normalize antisemitism, and other public hate, as anyone interested in attracting attention in this unregulated communications swamp – even celebrities like Kanye West – need to go big or go home.

These dynamics of the social media economy have also shaped the political behavior of the GOP’s MAGA wing. Focused on performativity rather than policy, MAGA radicals have increasingly used extreme tweets and posts to build their individual brands and bond with their base. Moreover, Donald Trump has built a mass following by galvanizing his supporters with falsehoods – about election fraud, critical race theory, white replacement, and so much more, and, like all demagogues, he has become captive to the culture of lying he himself has crafted. Like the reckless man who decides to ride a ferocious tiger, he cannot dismount the beast lest he be eaten.

This dynamic partly explains why Trump – like West — keeps pushing the antisemitic envelope. Dog whistles can only work so long. After a point, the radical base no longer wants diet versions of hatred, but the real thing. It is why Trump has nudged closer and closer to the Nazi right. It is also why MAGA – and even mainstream GOP — politicians have stayed silent, fearful that dissenting comments about the emperor’s lack of clothes will lead to their excommunication.

This radicalization feedback loop is dangerous in its own right, but it is especially frightening given its historical precedents in the Nazi era. Trump’s growing extremism resembles that of Hitler himself. As Thomas Weber noted in his book, Becoming Hitler (2016), the Nazi leader may have originally embraced Jew-hatred merely as a tactical method to help the NSDAP gain attention and distinguish itself from its competitors in a crowded Munich political scene after 1918. According to Weber, Hitler “adjusted his anti-Semitic rhetoric in a trial-and-error fashion, developing further those ideas and slogans that received the most cheering from receptive audiences — and the most booing from the left, thereby setting off a self-reinforcing cycle of radicalization.” Weber adds that

Hitler’s progressive radicalization… [also] had a personal element to it. Just as a drug addict will do anything to get hold of the substance that is the source of the high,… Hitler had become addicted to the responses he received during his speeches, which reinforced his desire for more. Because he received the greatest responses from the most…extreme ideas he expressed, he would repeat, stress, and further develop those ideas in subsequent speeches” (198).

Before long, Hitler came to believe his own lies and transformed himself into the 20th century’s most notorious antisemite.

A similar radicalization loop shaped Nazi policy towards the Jews after Hitler gained control over the German state in 1933. As Peter Longerich recently put it, the Final Solution was the result of a “radicalization process” that was rooted in a “dialectical relationship” between the Hitler’s central government and Berlin and Nazi local officials in occupied Eastern Europe. Both wanted the Jews to disappear, but the turn to mass murder only happened because both groups radicalized one another: “The centre could only act because it knew that its [murderous] impulses would fall on fertile ground at the periphery, and the decision makers at the periphery based their actions on the assumption that they were in harmony with the policy pursued at the centre” (304).

Given such historical precedents, it is no surprise that American Jews are fearful today. So long as Trump and his MAGA followers remain locked in a relationship of mutual radicalization, Jews have every reason to be on guard against history repeating itself.

That said, the past need not be prologue. It is far from inevitable that the same radicalization loops from the Nazi era are primed to seal the fate of American Jews. For one thing, while antisemitic policymakers in Nazi Germany “worked towards” an omnipotent Führer — a man who was utterly convinced that the Jews needed to be eliminated from European life — present-day antisemites are working towards an all-powerful algorithm, which at its core is apolitical. This being the case, liberal minded anti-Nazi voices can influence the mathematics of the digital attention economy just as much as antisemites. The recent flooding of Kanye West’s Reddit page with posts by anti-antisemites is proof that the supporters of democratic pluralism can compete effectively in the social media universe.

American Jews should also be aware that they are not alone in facing prejudice in the United States. It is critical to point to out that Jews are joined by (and in more than a few cases surpassed by) other groups who are being victimized by the same radicalization loops: members of the LGBTQ community, Asian Americans, Black Americans, Muslim Americans, members of the Latino community, and immigrants from around the world. As they have done so often in the past, American Jews should nurture existing alliances and forge new ones with all who are threatened by rightwing extremism.

At a time when American pluralism is under attack, American Jews should recognize the paradoxical fact that the country’s official motto – e pluribus unum (“out of many, one”) – need not be seen as a recipe for assimilation and group disappearance, but as a method of forging the alliances that will allow Jews to survive as Jews well into the future.

About the Author
Gavriel D. Rosenfeld is the president of the Center for Jewish History in New York City and professor of History at Fairfield University. He is the author of The Fourth Reich: The Specter of Nazism from World War II to the Present (Cambridge University Press, 2019) and co-editor, together with Janet Ward, of the forthcoming book, Fascism in America: Past and Present (Cambridge University Press).
Related Topics
Related Posts
Gavriel D. Rosenfeld