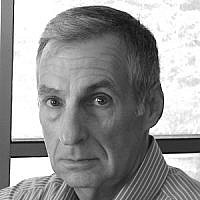 The recently completed prosecution of Kyle Rittenhouse in Kenosha, Wisconsin, and the murder of Eli Kay outside Jerusalem’s Old City offer parallels that help explain the affinity of the American Left toward the Palestinian cause.

For those unfamiliar with the Wisconsin case: Rittenhouse, then a 17-year old high school student, came to Kenosha in response to a riot sparked by the police shooting of a black man. Sometime during the riot he shot three people, killing two of them.  Within two days of the shooting he was charged with five felonies, including homicide and attempted homicide. His claim that he had acted in self-defense prevailed as the jury found him Not Guilty on all charges.

What are the parallels with the terror attack that took Kay’s life?

First, they both appear to have been fine young men. Kay, a South African oleh, enlisted in the Paratroopers Brigade, worked the land on a kibbutz, and worked as a tour guide at the Western Wall. Rittenhouse participated in the local police cadet program, was a certified lifeguard, and wanted to train as a nurse or EMT.

More importantly, many of the falsehoods about the American defendant that were spread following the shooting (and continue until today) echo the libelous allegations often used to disparage Israel. Here are a few examples:

Within days after the incident, Rittenhouse was widely characterized (including by then presidential candidate Joe Biden and Members of Congress) as a white supremacist whose goal was to kill blacks. Similarly, “white” Israelis are accused of intending to commit a Palestinian genocide occasioned by racism.

In reality, there was no evidence of Rittenhouse’s alleged racism. He has expressed support for the BLM movement. He and the three people he shot were all white. As for Israelis, they come in many different racial and ethnic varieties. Their dispute with the Palestinians is not based on racial differences. The increasing Palestinian numbers in Israeli-controlled areas conclusively disprove the charge of genocide. If there is a racial element to this dispute it is expressed by those Arabs who hate Israelis and Jews as a collective.

It is repeated endlessly that Rittenhouse “crossed state lines while armed with an illegal weapon.” The suggestion is that he was an outsider who came looking for a fight. This is similar to the allegations that Jews have no ties to Israel. They are said to be “colonizers” who have displaced the indigenous Palestinians.

Actually, Rittenhouse lives only 20 miles from Kenosha, which he considers his hometown. The weapon, which was entirely legal, was located at his friend’s house in Kenosha. Similarly, no matter where they live, Jews around the world view the Land of Israel as their homeland. Indeed, there has been a Jewish presence here for virtually all of the past 3000 years and a Jewish plurality in Jerusalem by 1840.

The people whom Rittenhouse shot have been described as innocent, even as heroes. Similarly, Arab terrorists who murder Israeli civilians are lionized as martyrs fighting for their people.

The truth is that all three of Rittenhouse’s “victims” had criminal records for violent offenses such as domestic abuse, threats of bodily harm, burglary, and multiple rapes of a minor. This does not prove that they deserved to be shot, but they certainly were not choir boys. The depraved acts perpetrated by Arab terrorists speak for themselves. Endorsing them as role models is itself a perversion of basic morality.

It was alleged that Rittenhouse brought an illegal weapon to the scene for the purpose of killing people. The prosecutor also asserted that people get beat up all the time, and opined that Rittenhouse should have “taken it like a man” instead of shooting his attackers. Shockingly, the prosecution misstated the law, telling the jury that anyone who brings a weapon to a fight forfeits his right to self-defense. All of this parallels the outrageous assertion that Israel violates the rule of proportionality by using weapons that are more powerful than those possessed by our enemies.

In both cases the threatened party who is in reasonable fear of serious bodily harm or death has the right to use whatever means are necessary to defend against that threat. The jury obviously found that Rittenhouse had met this standard.There is no requirement to absorb a certain amount of injury, or to wait until the other side throws the first punch.

So too, Israel is not required to inflict on its enemies only the amount of damage that it has already suffered. The State may use all reasonable force to prevent an imminent threat to its citizenry from coming to fruition.

We learn from all of these examples that the American Left, mainstream media, and the Palestinians utilize the same tactics to excoriate anyone perceived to be of the wrong political persuasion. These groups seem unconstrained by the facts or honest introspection. They continue to make the same misleading allegations even after the truth has been revealed (Biden said that he was troubled and angered by the jury verdict).

Many on the Left, including antisemitic “Squad” members, are wedded to the Palestinian cause because they appreciate and support this mode of demonization. Also, as demonstrated by the riots that broke out in Kenosha after a black man was shot, and the celebratory demonstrations in East Jerusalem following the Kay murder, they view violence as a perfectly acceptable way to express emotions ranging from hate and anger to happiness and pride.

Opposing parties will not reach accommodation on fundamental issues unless both sides accept that violence is immoral and self-defeating. Under the current circumstances, this will require staunch law enforcement and strong support from a public that refuses to accept violence and lies as alternatives to honest discourse.