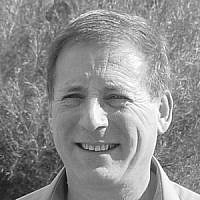 The Blogs
Naftali Moser
Apply for a Blog
Advertisement
Please note that the posts on The Blogs are contributed by third parties. The opinions, facts and any media content in them are presented solely by the authors, and neither The Times of Israel nor its partners assume any responsibility for them. Please contact us in case of abuse. In case of abuse,
Report this post.

We achieved national unity on Thursday night for 2 hours and 10 minutes. The unifying figure was Shlomo Artzi, the famous Israeli rock star and entertainer. 7000 of us sat in the Sultan’s Pool in Jerusalem, completely transfixed by the wonderful music, the incredible energy in the air, and perhaps the unique location of the event – right outside the walls of the Old City of Jerusalem. The traffic continued on the main road outside, but we were in a different world,  completely taken in by the amazing skill and power of Shlomo Artzi and his band to take us far away, into a land of harmony, pleasure and nostalgia – of the musical kind. And perhaps into “a different Israel”.

Sitting there at the top of the amphitheatre, looking around at the stunning setting, I thought to myself – Who and where are the unifying figures in Israel who could lead our nation, propose a vision and strategy, talk to us –  and win our confidence – and take us there?

Aha – the million dollar question. I argue that until we can answer it we will continue wandering around in the desert.

I realize that charismatic leaders like Winston Churchill or David Ben Gurion are few and far between, but surely Israel deserves more than we have chosen for ourselves recently.

I am talking about leaders who are not only democratically elected, but are genuinely liked, respected, revered and admired by millions of citizens. (OK then – say two of the latter).

I am deeply inspired by the example of Dr Abdul Kalam, former President of India, who passed away recently.  Let me share with you some excerpts from the obituary in the Financial Times, written by Victor Mallet. Make sure you’re sitting down – the comparisons with the current situation in Israel may shock you.

“(Dr Abdul Kalam) was as popular as a rock star or Bollywood actor among the legions of young Indians who clamoured to hear him speak…(he) relished face-to-face discussions with students, he remained approachable and cheerful…inspirational organizer, manager and problem solver…(the) people’s president”.

Hold on a minute. “People’s president?” That is preposterous. Dr Abdul Kalam was a Muslim, in a predominantly Hindu country (180,000,000 Muslims in a total population of 1,200,000,000). Yes, friends, he was a Muslim. To continue quoting from the Financial Times: “a Muslim who stands by his motherland”. He received credit “for helping to unite such a large and fractious nation but also for achieving it with genuine humility…he transcended caste, religion, region and language, and represented the best in our society.”

Make no mistake – Dr Abdul Kalam was no softie – “he firmly endorsed the idea of an Indian nuclear deterrent”. “Peace comes out of strength” he once said.

I was privileged to have been given the opportunity to meet the late Dr Abdul Kalam in person at his private residence in New Delhi several years ago.

So friends, as they say in Hebrew “efshar aheret”. I am not proposing a Muslim leader for Israel. And I do not seek utopia. I am proposing that we mobilize ourselves in a civil, civilized, democratic and agreeable way to build ourselves a better future. And that we work hard to get to the point where our society will produce hundreds and thousands of enlightened leaders in all walks of life. It can be done. Or should I wake up from my dream now?

About the Author
Naftali Moser works with organizations in the innovation eco-system in Israel and internationally. He writes surveys and advises organizations on their plans. He is an activist in Israeli non-profits and a keen observer of global trends. Born and educated in Australia, Naftali made aliya in 1974.
Related Topics
Related Posts
Comments