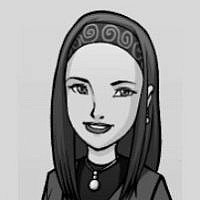 The Blogs
Naomi Elbinger
Apply for a Blog
Advertisement
Please note that the posts on The Blogs are contributed by third parties. The opinions, facts and any media content in them are presented solely by the authors, and neither The Times of Israel nor its partners assume any responsibility for them. Please contact us in case of abuse. In case of abuse,
Report this post.

Who in Israel is enjoying this war?

What Israeli man or woman, organization or business welcomes the missiles, mayhem and military call-ups?

Or so you’d think.

But a few months ago, I came to understand that this assumption is incorrect. I came across a trade magazine of Israel’s defense sector. I leafed through it, with only superficial interest in the latest innovations in drones, armoring and night vision technology.

But then I reached an article that hit me like a slap.

It was called: “Will There Be a Third Intifada?”

The article implied that a Third Intifada (G-d Forbid) would be a real boon for Israel’s defense and munitions industry. It would mean lots more trade in drones, armoring and night vision technology.

Just like the umbrella salesman watches the weather forecast for promising signs of a downpour, I suppose the tank salesman reads the news these days with different eyes than the rest of us.

From a purely business perspective, that makes perfect sense. From an emotional perspective, it is revolting.

As the writer of a business blog popular with entrepreneurs and professionals in Israel and an activist in the small business community, I can say that outside the armaments (and news) industries, this war is not boosting anyone’s business.

The opposite is true.

War means economic slowdown in many sectors. Tens of thousands of men are being called away from their desks to the front; tourism is bottoming out (both international and domestic); and foreigners are thinking twice about investing and doing business with Israeli companies.

For businesses down South, their survival is on the line.

Uncertainty is in the air. People are reluctant to spend, hire or invest.

This has affected my own business in a few ways. I do web strategy, development and marketing and the designer for a client website has been called to reserve duty, stalling the project. This means important revenue for my business is indefinitely delayed.

In addition, I have a new service that I was planning to launch last week. But even though I need to do that launch for my business, at a time like this I don’t have the guts. It’s hard to get people’s attention, and I feel silly even trying!

But these troubles are petty compared to what’s going on around me.

Here in Israel, all we can think of right now is the rockets falling and our precious men and boys whose lives have been cut short. It’s a little hard to focus on web marketing strategy with that sick feeling in my stomach whenever I think about the Israeli soldiers in Gaza right now.

My husband, Rabbi Shmuel Elbinger, commented that the Talmudic currency is called “zooz,” – as you may recall from the Passover song Chad Gadya. This name means “move.” Money only matters when it moves around. When it changes hands. When that flow stops, then money fails its essential purpose.

We might think that, with rockets falling and sirens blaring, the slowdown of money’s flow is the least of our problems.

It’s a very big problem for many, many people living in Israel.

Even though we are scared for our lives, our need for a livelihood has not decreased. Yet many people’s chances of earning one are plummeting.

So what can we do about this problem?

I don’t know of a simple solution. No doubt government economic programs will be implemented once the crisis is over, but it’s far better for us to do what we can before an economic crisis follows the security crisis.

As individuals, we can focus on making a difference for other individuals.

First of all, donations to initiatives supporting the residents of the South should be on everyone’s to-do list – today. If we can get them through this tough period without financial devastation, then we also help them bounce back after. Money problems bring stress into our emotions, relationships, health, and survival. A donation right now can have a tremendous impact on a southern resident in the long term.

In addition, we Jews believe that the highest form of charity is to give someone the means to earn a living. In this light, it’s a mitzvah to spend money in Israel and on Israeli products, as a way to stimulate the economy. This could mean diverting some of your regular expenditures to Israeli options or it could mean making sure not to hurt Israelis if you must change your spending plans. For example, if you have to cancel a trip to Israel or to an attraction within Israel (e.g. a water park in Ashkelon), think of some way that you can still support those businesses and communities. Find creative ways to send them your business, your money and your messages of support.

For example, a friend of mine needed to cancel a family Shabbat at a guest house down south. Even though she was entitled to her money back, she asked them to hold her deposit so that she could re-book a date some time in the future.

Not everyone can afford to put that much money on the line, but all of us can afford to be sensitive. Don’t just cancel without a word acknowledging their predicament.

It means so, so much to them right now.

Fundamentally, we should take a close look at our motivations before changing the way we spend. When we ordinary citizens shy away from spending in Israel, on some level we surrender our power.

Under these circumstances, taking out that credit card or signing that check is your chance to do something really brave. To stand up to Hamas. To say: “I’m afraid but my faith and love for my fellow Jew is stronger than my fear.”

When I participate in effort to collect supplies and money for those down south, even in a small neighborly way, I feel a tremendous sense of empowerment. Trauma is a cycle of helplessness, and a sense that we have power is what breaks it.

You don’t sell tanks and drones.

But you do possess a potent weapon in this war.

Your money is your power. But only when it moves.

About the Author
Naomi is a big part of Leshomra. the nonprofit spearheading a positive shift in the Charedi community's relationship with nature and the environment. In her spare time, she raises her family, takes long hikes, and runs a website company.
Related Topics
Related Posts
Comments