The Blogs
Joel Cohen
Apply for a Blog
Please note that the posts on The Blogs are contributed by third parties. The opinions, facts and any media content in them are presented solely by the authors, and neither The Times of Israel nor its partners assume any responsibility for them. Please contact us in case of abuse. In case of abuse,
Report this post.

The president, expectedly, has publicly derided Senator Romney for having voted to convict him in the Senate.

But he has gone much further. President Trump has turned on its head Romney’s having invoked the Name of God as explaining how he understood the obligation of his oath, saying, “I don’t like people who use their faith as justification for doing what they know is wrong.” But as Romney expressed it, it wasn’t simply his perception of a secularly “ethical duty” to vote as he did based on how he saw the evidence. It was that, as a “profoundly religious” individual, to have voted to acquit given the evidence against Trump would have been sacrilegious in light of the oath that he took, “so help me God.”

This essay is not intended to argue the merits of Romney’s vote, or that of the remaining ninety nine senators. Rather, it’s intended to be about the meaning of an oath, and how the senators could have voted so obviously on party lines (except, singularly, Senator Romney). Is it that none of the remaining senators consider their oath to be sacrosanct?  Did it make a difference to them that their oath was taken in God’s name? Perhaps those who voted strictly on party lines (on both sides of the aisle) simply believed – or persuaded themselves – that they fulfilled their oath; that it was along party lines is nothing more than happenstance.

It must have been uncomfortable for many senators – and also the public – to listen as Senator Romney repeatedly invoked his belief in God as explaining his adherence to his oath, and his vote.  We live today, after all, in a largely secular society. The debate about whether God’s name belongs in the pledge of allegiance or on courtroom walls (“In God We Trust”) is far from settled.

But the thing about Romney’s Senate speech was his likely effort to persuade his listeners, better than he might otherwise, that his allegiance to the Republican party is eclipsed by his personal commitment to a Higher Authority. And, for him at least, an oath taken in God’s name is inviolable.

This is not to say that Romney might not have done the same thing even if the oath didn’t invoke God. Or that the integrity of one’s oath should depend upon whether the oath taker even believes in God. One can surely be an extremely moral individual as an atheist. And an oath without invoking “so help me God” is equally sacred.

But did Romney use his belief in God – which I in no way question, and actually applaud – to somehow bolster his presentation? Perhaps he felt, and I merely speculate, that his fellow Republicans, and the public – at least the public he represents — could better accept his vote to impeach if he explained, “I take an oath before God as enormously consequential.”  There is no question that Romney invoked his religious adherence throughout, but listening to him, one has to wonder whether he would have come out the same way whether the oath was (merely) a commitment to our country, rather than an “oath before God.”

When listening to what many consider Romney’s “profile in courage,” I considered the fact that in courtrooms around the country many today choose to “affirm” rather than “swear,” presumably lest they potentially take God’s name in vain. Romney didn’t do that; he swore. Maybe, by that gesture, he intended to leave no doubt about the sincerity of what he was undertaking to do in his vote. And, maybe, that’s true also in the case of the remaining ninety nine senators who swore.

We’ll probably never know, at least until the senators write their “tell all” memoirs long after they’re out of office and no longer worried about the dictates of reelection politics, if the impeachment trial oaths they all took were as genuine and sincere as these senators now claim them to be.

Thousands of years ago, the Greek tragedian Aeschylus told us, “It is not the oath that makes us believe the man, but the man the oath.” His words are eerily relevant today – an oath is only as valuable as the one who takes it.

About the Author
Joel Cohen is a white-collar criminal defense lawyer at Stroock in New York and previously a prosecutor. He speaks and writes on law, ethics and policy (NY Law Journal, The Hill and Law & Crime). He teaches a course on "How Judges Decide" at Fordham Law School. He has published “Truth Be Veiled,” “Blindfolds Off: Judges on How They Decide” and his latest book, "I Swear: The Meaning of an Oath," as well as works of Biblical fiction including “Moses: A Memoir.” Dale J. Degenshein assists in preparing the articles on this blog.The opinions expressed in this article are not necessarily those of the Stroock firm or its lawyers.
Related Topics
Related Posts
Comments 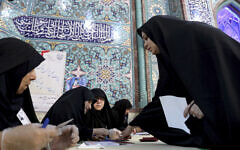