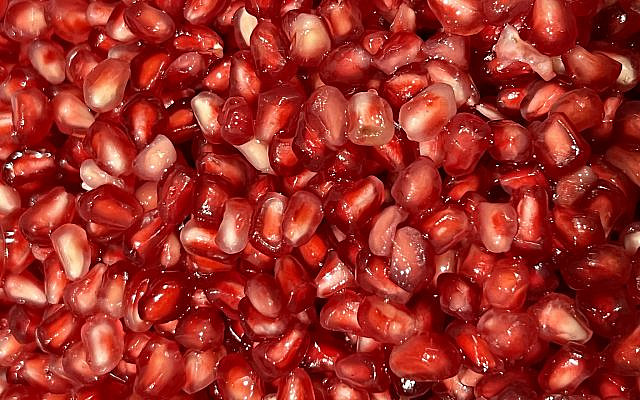 It’s traditional to begin the Rosh HaShana evening meal by eating a set of symbolic foods, each of which is a siman, sign, pointing to something we want. The first and best-known of these, apples and honey, is based on qualities of the food – goodness and sweetness. We’re hoping for a good and sweet new year ahead. Similarly, the simanim include a pomegranate, because we hope our merits will be as numerous as its seeds, and the head of a sheep or fish (in our case, a head of garlic), because we want to be ‘the head and not the tail’.

The other simanim are based on wordplays. For example, we eat gezer, which means both ‘carrot’ and ‘decree’, because we hope for good decrees in the new year, and we eat rubia, runner beans or black eyed peas, because we hope our merits will increase, yirbu.

The simanim that have been customary ​since medieval times​ focus on the harm we wish for our enemies and the good we want for ourselves. For several years now, I’ve created my own version of the simanim, changing the Hebrew slightly to emphasize actions (and attitudes) over actors — what we hate not who we hate — and offering a free English rendering that reflects some contemporary crises.

If you’re interested, you can click this link for a pdf of my Rosh Hashana Simanim Renewed 5783 or download it here. (I’ve included the traditional simanim in case you want to see what you’re missing.)

May this year’s curses cease, and the New Year’s blessings begin!

You can listen to Rabbi Hayim Louk sing the beautiful piyut that’s the source of this wish here, and find the words in Hebrew with transliteration and English translation here.

And if you live in Jerusalem, maybe you’ve already ordered your simanim platter for the chag! 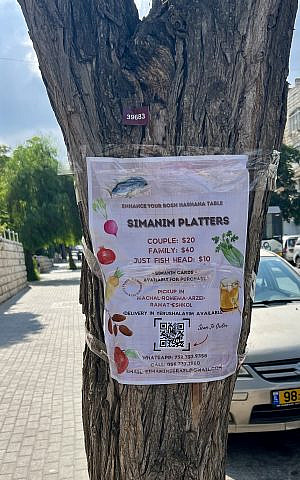 This week in Ramat Eshcol. Photo credit: Diana Lipton
About the Author
Before I moved to Israel in 2011, I was a Fellow of Newnham College, Cambridge (1997-2006), and a Reader in Hebrew Bible and Jewish Studies at King's College London (2007-2011). In Israel, I've taught Bible at Hebrew University's International School and, currently, in the Department of Biblical Studies at Tel Aviv University, where I am a Teaching Fellow and chair the Academic Steering Committee of the Orit Guardians MA program for Ethiopian Jews. I give a weekly parsha shiur at Beit Moses home for the elderly in Jerusalem. I serve on the Boards of Jerusalem Culture Unlimited (JCU) and Hassadna Jerusalem Music Conservatory. I'm the very proud mother of Jacob and Jonah, and I live in Jerusalem with my husband Chaim Milikowsky. My last book was 'From Forbidden Fruit to Milk and Honey: A Commentary on Food in the Torah'; proceeds go to Leket, Israel's national food bank. The working title of my next book, co-authored with Micha Price, is 'A Biblical Guide to the Climate Crisis'.
Related Topics
Related Posts