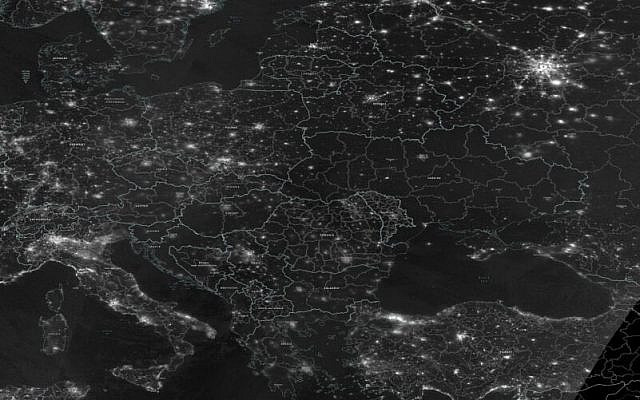 According to international law Russia intends to and conducts genocide in Ukraine. The one we witness today unfolded by Putin comes 80 years after the first one – Holodomor. We have knowledge now to see the early phases of genocides and to a degree preventing those. “Never Again” shall we get surprised by other genocide.

It is hard to see genocide in its early stages. The live media deluge of information from frontline activities, political statements and military narrative often results in the direct victims of genocide being rendered invisible.  People within the current theater of war were living normal lives like you and me until February 24th, 2022. While I’m putting these words on paper, Russia is conducting another massive, guided missile and drone attack against the electrical grid and heating infrastructure of the Ukraine in a strike aimed against civilians, showing the full scale of the Russian terrorist state’s intentions. From the very beginning the intent was the genocide of the Ukrainian people. 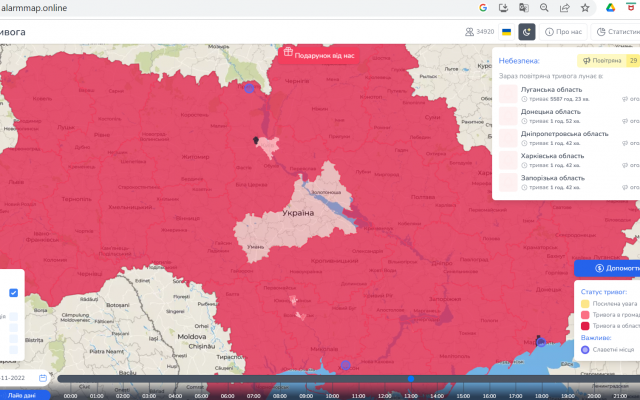 According to Article II of the UN Convention on the Prevention and Punishment of the Crime of Genocide the very intention to murder by initiating any of the below policies constitutes genocide against a particular group.

(a) Killing members of the group;

(b) Causing serious bodily or mental harm to members of the group;

(c) Deliberately inflicting conditions of life calculated to bring about the

physical destruction of in whole or in part;

(d) Imposing measures intended to prevent births within the group;

(e) Forcibly transferring children of the group to another group.

Russia ratified this convention in 1954 and for the past nine months we have all witnessed Putin’s regime apply all of the above methods of destruction against the Ukrainian people.

The 20th century taught us something about the capacities and extent of human cruelty. The Ukrainians were the first nation in Europe to suffer under genocidal policies planned and executed by Soviet Russia. During the Great Famine of 1932-33, known as the Holodomor, Russia sponsored and conducted a policy against Ukraine resulting in the murder of three million Ukrainians. Stalin followed the ideological thought line of his own maniac delusions against the fact-based knowledge of the failure of central planning.  Lenin’s New Economic Policy was terminated in 1928 and Stalin centralized the economy once more, while at the same starting to refer more to Russian nationalism. The introduction of terror and control was enough to destroy the grain resources in Ukraine and to bring about a full-scale genocide. Millions of deaths were caused by starvation and weather.

Soon afterwards, other genocides were verbally, legally and politically unfolded by Nazi Germany and the Soviet Union.  They were often catalyzed by the relative indifference of the global “free world” turning a blind eye and leaving their resolution to the politicians. Preventing genocide outside a country’s boundaries has never been the strong suit of any country’s internal politics. At the same time, we have come to know that the effectiveness of stopping genocide is directly proportional to the distance from the conflict zone. Only those living at a distance removed from the conflict zone have the means and freedom to confront the perpetrator and provide assistance to the victims. The Holocaust taught us that one of the most lethal factors enabling genocide is the indifference of the outside world, which gives the perpetrators a free hand and a sense of impunity.

Fast forward to 2022 and Russian war against Ukraine, or perhaps, rather a proxy war in which Ukrainians defend our values—yes the values we often forget or trade them for our economic comfort in the midst of growing global totalitarian regimes.

At the moment temperatures are dropping below zero over a major part of northern Ukraine, while Russia, with its military impotence at the frontline, has changed its strategy to attacking civilian targets with its advanced and devastating cruise rocket arsenal. Months ago, Russia had already violated the Geneva Convention by starting to use phosphorus and cluster bombs against Ukraine. Now comes their moment for a well-planned genocide of the Ukrainian people.

Satellite image of Europe showing the scope of blackout in Ukraine due to Russian air raids. Photo NASA Worldview

We know today that genocides start with politicians using words to form an ideology. Politicians exploit the “otherness” of  future victims through verbal exclusion, symbolization and legal harassment. The victim is discriminated against and dehumanized, and deprived of the right to own territory, language and self- determination.

We have seen it all in the speeches of Putin and other Russian ideologues in the last few years. In early February 2022 Putin, just after leaving a room where disengagement talks around Ukraine were held, quoted the words from a Soviet-era punk song, saying publicly to cameras:  “Whether you like it or don’t like it, bear with it, my beauty.” It was a clear reference to rape and necrophilia as the original lyrics go:

“Sleeping beauty in a coffin, I crept up and fucked her. Whether you like it or don’t like it, bear with it, my beauty.”

And the rapes started as another tool in the arsenal of Russian genocidal policy.

Then comes organization, preparation and persecution. We know that most genocides are organized and planned through state apparatuses. The cruise missiles must be produced, transported and launched. The targets must be clearly intelligence-directed so that their destruction brings the greatest possible harm to the civilian victims at the lowest possible cost to the perpetrators. Just a daily, benign war-economy, the same one which eighty years ago led to industrialized murder of Jews in Auschwitz by the German Nazis.

The next phase of the process is murder, either directly from weapons or indirectly through destroying the means of survival on the cusp of winter. Unfortunately, the experience of previous genocides has taught us that once all these phases of the perpetrators’ policy come into play and the first victim of genocide falls, it is too late to stop it. That first victim is followed by tens of thousands while the by-standing, global spectators and politicians revert to repeating “Never Again” at yet another anniversary commemorating the victims of previous genocides. It is my hope that we will not witness this on January 27th 2023 when we remember the liberation of Auschwitz and the victims of the Holocaust.

Beyond murder, only denial and silence remain. Through denial, we obfuscate the facts, and through our silence we increase he indifference that brings about genocide in the first place.

As long as silence is maintained genocides will continue to return in a vicious cycle of destruction, and the political discourse of division and hatred will be the only words breaking that silence. In such way the cycle starts again with language and words.

We are in the middle of a horrible humanitarian crisis, and yet we can all do something to help.

The current most urgent needs reported by my Ukranian friends are the following:

Finding an organization in your vicinity which provides humanitarian aid to Ukraine is most likely a matter of one click in your browser. These three are trusted and have been proven efficient in the distribution of funds.

About the Author
I hold an MA in International Relations and Politics and an MA in Middle East Studies, both from the Jagiellonian University in Krakow. I am a PhD in the field of Political Studies, writing on the changing patterns of Holocaust and Auschwitz memory. I am a scholar of comparative genocide studies and author of a book "Auschwitz after Auschwitz". I work professionally as Jewish genealogist. I am a guide and genealogist through complicated matters and sites. My research company Polin Travel was initiated in 2000 to merge three of my passions: Jewish history, genealogy, and guiding. The last 20 years brought many explorations, genealogical finds, and emotions that proved to be transformative for me and my clients. Pursuing an academic career I don't lose sight of moving my travel activities on-line with first successful on-line guided tours, on-line genealogy, supported with customized films, and lectures. During the COVID pandemic I initiated a new visual history and historical site interpretation project SKY HERITAGE PICTURES.
Related Topics
Related Posts
Tomasz Cebulski