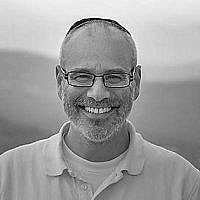 The Blogs
Doron Kornbluth
Bestselling Author, International Speaker & co-Founder of Mosaica Press
Apply for a Blog
Advertisement
Please note that the posts on The Blogs are contributed by third parties. The opinions, facts and any media content in them are presented solely by the authors, and neither The Times of Israel nor its partners assume any responsibility for them. Please contact us in case of abuse. In case of abuse,
Report this post.

In 2011, Harvard Professor of Psychology Steven Pinker released what was to become his most famous work, “The Better Angels of Our Nature: Why Violence Has Declined” (New York, NY: Viking), an ambitious attempt to explain the history of human violence. His basic claim: “Violence has been in decline over long stretches of time, and we may be living in the most peaceful time in our species’ existence.”

There was much evidence to support this contention. As Pinker put it, “Statistics aside, accounts of daily life in medieval and early modern Europe reveal a society soaked in blood and gore. Medieval knights—whom today we would call warlords—fought their numerous private wars with a single strategy: kill as many of the opposing knight’s peasants as possible.. ….For entertainment, one could …. watch a political prisoner get drawn and quartered, which is to say partly strangled, disemboweled, and castrated before being decapitated. So many people had their noses cut off in private disputes that medical textbooks had procedures that were alleged to grow them back.” Ancient peoples were anything but peaceful.

Today, we are living in a different reality. Homicides are a fraction of what they were, slavery, cruel punishments, and frivolous executions are relatively rare and fewer people die in wars in the modern area than in the past. The book’s central contention became part of “established wisdom”: Bill Gates said at a graduation ceremony, “If I could give each of you a graduation present, it would be this—the most inspiring book I’ve ever read.”

Pinker confirmed what we want to believe, that overall – despite bumps along the way – things are moving in a positive direction.

There were critics. Some claimed his statistics were cherry-picked and simply inaccurate. Still, the biggest challenge to Pinker’s central idea occurred about six months ago: A full-out Russian war in the Ukraine, upending decades of peace and the assumption of the end of interstate-wars in the modern world.

Recognizing the challenge, shortly after the War began, he wrote (Boston Globe, March 2, 2022) that while admitting that no one knows what the future holds, “The refusal of the United States and European Union to send its armies to meet Russia’s on the battlefield….means that … the Long Peace — no nuclear war, no great-power war, no wars between rich countries (Ukraine being the poorest in Europe) — will probably continue…. And the pacifying restraints may yet kick in. Russia is enmeshed with the global economy and will feel the pain of sanctions that were swifter and severer than predicted. It is being booted out of a wide swath of organizations it wants to belong to…. And Putin’s middle-fingering of the norm against wars of aggression is earning him the reputation not as a great man in history but as a deranged thug.”

Pinker could not reasonably make such claims today, only six months later. Putin is as popular at home and as strong as ever, and doesn’t seem concerned at all by how Westerners see him. Russia has plenty of friends – and support – from China, Iran and other non-Western countries. While it is true that Western armies are not directly fighting the Russian army, they are arming, training and directly helping the Ukrainians with target-acquisition and much more, and NATO countries are justifiably very concerned about where this will lead: over the last six months, it has seen a rapid expansion and re-armament in face of the Russian threat.

Pinker’s theory is being challenged elsewhere as well: Iran is marching non-stop to the bomb, China has crushed dissidents (from billionaires to YouTubers) and is threatening Taiwan, the US is plagued by near-daily mass shootings, record-breaking murder rates, massive polarization and the increasing plausibility of some type of significant civil unrest.

After roughly 70 years of relative peace (at least in Western Europe and North America) is the violence of 2022 the last gasp of primitive thinking or the return to the violent “normal” of human history?

Not even the good professor can possibly know.

About the Author
Doron Kornbluth is a bestselling author, international lecturer and co-Founder of Mosaica Press
Related Topics
Related Posts