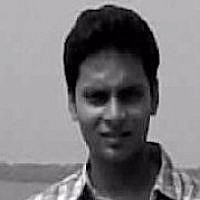 The Blogs
Andrew I. Pereira
Apply for a Blog
Please note that the posts on The Blogs are contributed by third parties. The opinions, facts and any media content in them are presented solely by the authors, and neither The Times of Israel nor its partners assume any responsibility for them. Please contact us in case of abuse. In case of abuse,
Report this post.

On 20th August 2020, Alexei Navalny –  a prominent Russian opposition leader + a huge critic of Russian President Vladimir Putin began to have seizures and became violently ill on a flight to Moscow.

Initially no one knew the cause of his illness. Two days after, he was evacuated to a hospital in Berlin and it was later confirmed that Navalny was poisoned with a deadly nerve agent known as Novichok.

This is not the 1st or the 2nd time that a critic of the Kremlin has been poisoned. In fact, there are more than a hundred known cases of unusual assassinations in which the most exotic toxins + poisons have been used.

Russia is a member of the Chemical Weapons Convention, which bans the usage of such weapons. In 2017, Russia declared that it destroyed nearly 40,000 tons of nerve agents, which is by far the largest declared stockpile in the world.

Why did Russia build the world’s largest stockpile of chemical weapons? and, what exactly is Novichok?

A century ago, in 1921, a special office was set up by the Soviets to experiment with chemical and biological weapons. It would later take on many names including Kamera, Lab 1, Lab 12 and the Cell.

During the 1930s and 40s, under Josef Stalin, this lab was extensively used by the People’s Commissariat for Internal Affairs or the NKVD which would later become KGB, the infamous spy agency.

The lab gained more prominence during the Cold War as an intense arms race between the US and Soviet Union broke out.

During this period of heightened tensions, the Soviets began developing advanced nerve agents from the 1970s onwards in a top-secret programme called Foliant. Novichok agents were developed in the Foliant programme.

Nerve agents are highly toxic chemicals that disrupts the nervous system by halting the transfer of messages from nerves to organs.

There are 2 main classes of nerve agents: G Series + V Series. The V Class agents are more potent than those of the G series.

The arms race during the Cold War meant that both the US and Soviet Union weaponized chemical agents on a massive scale. They were fielded in rockets, aerial bombs, artillery shells and even landmines.

Between 1970 + 1990, the Soviets began developing a series of nerve agents unknown to the West. They are collectively known as Novichok Agents.

They were designed keeping the following objectives in mind:

Russia has never confirmed the existence of Novichoks. However, a dissident Russian scientist Vil Mirzayanov confirmed that they exist and are the most toxic nerve agents ever developed.

On a scale of comparison Novichoks can be around 8 times more dangerous than VX. This means only a minute dosage is required and this makes it virtually undetectable.

Russia has a long history of using toxins as weapons.

Some of the most prominent assassination attempts using poisons include that of Georgi Markov – a Bulgarian dissident writer who was poisoned by a ricin pellet from the tip of an umbrella.

In 2004, former Ukrainian president Vicktor Yushchenko’s food was poisoned. He was known for his anti Russian stance. Luckily, he survived the attempt.

The case that brought international attention to the use of Novichoks was the assassination attempt on Sergei Skripal and his daughter in 2018 in England.

This had led to a global outrage with the UK and EU imposing sanctions on Russia + expelling Russian diplomats.

In 2020, it would be Alexei Navalny. But the good news is that both Skripal + Navalny survived.

This leads us to a very important question: are nerve agents really worth effort?

Novichok is a binary weapon, which means that it uses two or more non toxic chemicals that are mixed at a specific time to form the weapon.

This has a disadvantage. Careless preparation may result in a less effective agent and this explains why several assassinations have failed.

The method has only remained effective in creating an atmosphere of fear. This could be the reason why Novichok is used despite the chances of failure, the high costs of research and development and the political backlash.

About the Author
Andrew Pereira is an independent researcher and blogger based in India.
Related Topics
Related Posts
Comments