Two momentous things have been on my mind this week. The Jewish world lost one of our greatest voices for feminism and for a just Zionism, Rabbi Bonna Devora Haberman​, z”l, a founder of Women of the Wall, activist, scholar, and co-director of YTheater. Bonna had one of the broadest, most inspiring smiles I have ever experienced — every part of her face smiled, even her voice smiled — and it was a joy to be in her presence.

Two days after Bonna died, Pope Francis released his much anticipated encyclical on climate change. Perhaps the most important theological position in the Pope’s encyclical is the charge to see the Earth as sister (taking off from Francis of Assisi’s Canticle), and not to see the Earth as a thing to be dominated. Pope Francis also emphasizes environmental justice and the effects of climate change on the poor, and especially on the poorer countries.

This theme of environmental justice is widely acknowledged in the Jewish and secular environmental movements, but the converse is not true: for most Jewish organizations working for social justice, climate change is barely a blip on their screen.

Bonna, however, never forgot the connection between justice for people and the well-being of the land. One issue that is outside the Pope’s purview but which Bonna put squarely in ours is the question of what it means to have a sacred relationship to *the* land, that is, to the land of Israel. This is a question that Bonna was totally impassioned about, one that leads me from the encyclical to Bonna’s work and legacy. 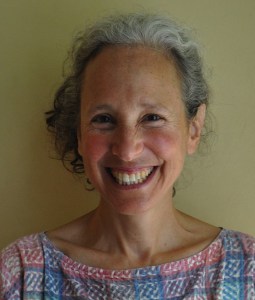 Fundamentally, in our relationship to the land of Israel, we are called on to hold together not just economic justice and environment, but also human rights and the environment. Ultimately, our freedom as individuals, our freedom as a people, our freedom as a species, is deeply interwoven with our ability to support and sustain freedom for others — for other individuals and other peoples, and for the land and all her inhabitants, human and other-than-human. This is the most essential message of the Shmita year and Torah, and it’s an important theme in Bonna’s writings. In light of the Pope’s encyclical and in her memory, I want to share a few passages on this theme from Bonna’s book, Rereading Israel: The Spirit of the Matter.

On caring for the land and the land as the beloved:

From love and desire spring responsibility for the well-being of the land, a full-fledged ecology based on reciprocity, sustenance, and flourishing. Such an ecology initiates a viable partnership with the land. Dedication to the fine quality of water, earth, air, vegetation, and fauna derives from caring rather than self-interest. Curbing waste, toxic emissions pesticide use, chemical run-off, and pollutants of all kinds can become as obvious as concern for our beloved’s health and well-being…In this way, we attend to our beloved’s needs and delight in our beloved’s exquisite beauty. (p.91)

On recognizing others and the risks of desire for the land:

Seeing the fulfillment of open and graceful, unbound and limitless desire entails risk. Similarly, the Jewish people needs to continually renegotiate the risks and dangers involved in pursuing the passion to be together anjmjd inhabit the land, for there is no “land without a people.” Mediating desire with the need to coexist in our surroundings is a constant responsibility of lovers.” (p.89)

On the relationship between God and the Jewish people in the land:

Entering the land of Israel is the physical culmination of a connection between lovers who have been separated for thousands of years and miles. These wandering lovers have unrelentingly anticipated their reunion, longing to return home to each other. The land is the place to give each other fitting attention, to cohabit together and to delight in each other’s presence. (p.82)

On the sacredness of the land as a product of our moral relationship to the land:

Rather than thinking of the land as inherently sacred, independent of people and our actions, sacredness depends upon human behavior. Sacredness is a potential to be actualized through sustainable living with respect for human dignity and the integrity of creatures and creation. The text of the ten holinesses (ten degrees of holiness culminating in the Holy of Holies in the Temple) defines sacredness in terms of scrupulous attention to the moral process of the Jewish people living in the land. Since the founding of the modern State of Israel, the sacredness of the land is more fully in the hands of its Jewish inhabitants than ever before. Whatever sanctity pertains to the land depends on human will and action, on our worthiness. (p.124-5)

Though my perspective and Bonna’s on the land’s sacredness were not exactly the same, our feelings and politics overlapped very strongly. At the end of her book, Bonna asks,

How can Israel embody sacred processes for working out Jewish destiny while embracing peaceful coexistence and ever-refining ethical conduct? Are we committed enough to the sanctity of space without capitulating to the machismo of territorial possessiveness that fuels conflict, conquest, and draws blood? (p.190)

How indeed? This may be the most important question for the Jewish people to answer today.

As mourning for Bonna began, we entered the month of Tammuz. The Women of the Wall prayed and read Torah at the Western Wall for Rosh Chodesh. They also sang “Miriam’s song” in Bonna’s honor, and recited kaddish in her memory. Now we are approaching the time that is bein hameitsarim, the three weeks “between the straits”, a time of mourning for the Temple, whose wall still stands, and for the land, that culminates in the fast of Tisha B’Av.

Our world really is “between the straits”. That has been true for a long time, maybe since the proverbial exit from the Garden of Eden. The mission of the Temple was to fix that, to bring blessing to the land, to all lands, and to the whole Earth. The Temple was a place where even the planks of the walls were endowed with the divine energy of fertility and so bore fruit (according to midrash), a place that existed as a model of all Creation and an image of God (according to Kabbalah). But even without a Temple, the mission doesn’t end. The mission, given to us by the Torah, presented by Pope Francis and taught by Rabbi Bonna Devora Haberman, zikhronah liv’rakhah, is still to find that holiness in our relationship to the land, and to honor its presence in the whole Earth.

Bonna’s presence was enormous, and it’s hard for me to imagine Israel without her. Through her leadership, her teaching, her joy, she brought tremendous blessing to her beloved land and to all who knew her. Her memory will continue to be a very strong blessing. May we hold her vision close to our hearts, and may we act on it.