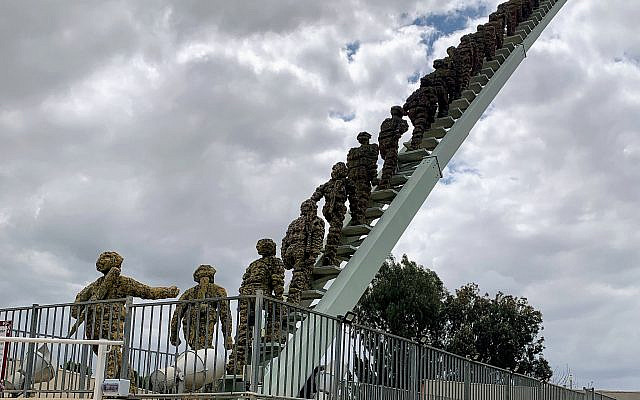 Memorial of the Beit Lid Massacre

Yom Hazikaron starts in a few hours. This year it feels particularly poignant as it’s the first one for me as the mother of a serving soldier.

I knew when we made aliyah five years ago that one day in the future, my children would have to join the army.

That day, however, seemed so far away as we stepped off the plane. Of course, it was a consideration when we decided to make the move, but it wasn’t something which dominated my thoughts.

My children also knew what lay ahead. They knew that one day they would have to serve their country and they were fine with it.

Scroll forward five years and here we are today. Another Yom Hazikaron has come around, only this time it’s different for us all. It has more meaning.

The army isn’t just something which beckons at some point in the future, it’s happening now.

He’s now started training for his specific role in the special forces unit for which he’s been selected. It’s very tough.

His younger brother’s draft date also now looms large. He will join his older brother in the IDF in the summer, just weeks after finishing school.

To say I’m proud of my boys would be an understatement.

I want to shout about them from the rooftops!

They, along with all of their comrades are the unsung heroes. They all keep us safe, often having to endure the most extreme and difficult circumstances. In the main they do it uncomplainingly and we, their parents support them unquestioningly.

This is what living in Israel is all about.

This evening we remember and honour those who made the ultimate sacrifice for their country, the fallen soldiers.

I’ll also be thinking about those who, like my boys, are prepared to sacrifice the best years of their lives for the benefit of us all here in Israel and Jews across the world.