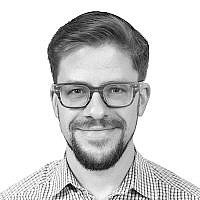 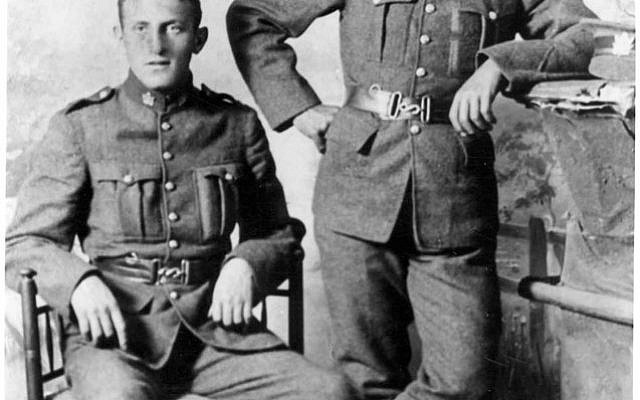 William Samuel and Friend (Image from the Ontario Jewish Archives)

A recurring theme in my research on Jewish thought is the association between Jews and non-Jews. The relationship between Jews and their non-Jewish neighbours finds expression not just in rabbinic law, but also in medieval, Early Modern, and Modern Jewish legal and theological texts, as circumstances both necessitated, and allowed for, greater reflection about Jewish attitudes towards non-Jews.

Along these lines, I have been thinking about the experience of Jews in the Canadian Army. How did that shape perception of non-Jews and vice versa? We should note, first of all, that the fear of Jewish families that they would be unable to get along with non-Jews in the military, or that their Jewishness would be threatened, was in some ways unfounded. As Gerald Tulchinsky writes, “[F]or many Jews, service in the forces heightened their awareness of Judaism and deepened their identification with the Jewish people.” In fact, a sense of camaraderie was formed between Jews and non-Jews.

This development may have stemmed from the achievements of Jews during the war. As Louis Rosenberg writes, awards for bravery were proportionally higher for Jews. Of course, Jews have always been a part of national armies. Derek Penslar is a fabulous source on this topic. But, as Penslar tells us, it was only in the 18th century that positive non-Jewish literary depictions of Jewish soldiers started appearing. Nevertheless, the medals and honours received by Jews after World War II, some in a public ceremony, was a supremely visible sign of Jewish commitment and sacrifice.

Conversely, it is possible that the Jewish military contribution facilitated a different perspective of non-Jews. In her book, Double Threat: Canadian Jews, the Military and World War II, Ellin Bessner writes that the call to support the military in 1939 was framed not just in terms of an obligation towards other Jews but as a responsibility towards Canada. Bessin also cites from a Jewish-New-Year sermon in a well-known synagogue in Toronto, where the rabbi said that supporting the war effort is a fulfilment of God’s promise to bless those who bless us, referring to the fact that Jews are “blessed” to be living in Canada. Stated differently, the military effort was not only about defending other Jews but about gratitude to Canada and her citizens.

Therefore, for Jewish-Canadian soldiers, military service became an opportunity to come together with other human beings who shared their determination and sense of responsibility. The effect on the perception of Jews among non-Jews on the relationship with our neighbours should not be underestimated. As one scholar notes, the presence of Jews in the American army had an impact on the public perception of Jews. A similar argument can be made for Jews in the Canadian Army. In this way, the Jewish families of soldiers ought to be seen and acknowledged not only as having sacrificed their loved ones for freedom and peace but also for hearts and minds, as the presence of Jews in the army was arguably a visible way to normalize Jews within Canadian society.

About the Author
Jonathan Milevsky holds a PhD in Religious Studies from McMaster University in Hamilton Ontario and is a Distinguished Fellow at the Broughton Park Dialogue Group in the U.K. His book, Understanding the Evolving Meaning of Reason in David Novak's Natural Law Theory (Brill) is out later this week.
Related Topics
Related Posts