There has been an unseemly rush to do business with Iran in the year since the United States, Britain and other nations began dismantling sanctions. Making the deals is one thing. But finding the cash and putting together the banking facilities is proving a great deal harder, despite the best efforts of the British government.

At the forefront of those doing business with Iran have been the aircraft manufacturers. Airbus was first, with an $18 billion deal to build 118 aircraft for Iran Air. At year end, Boeing concluded a $16.6bn deal for 80 planes.

But the return of Iran to international commerce is not proving trouble-free. The sanctions that eventually brought President Hassan Rouhani to the bargaining table largely were financial. Countries cut off from global banking and markets find it all but impossible to engage in commerce.

Several British banks, including Standard Chartered, HSBC and Royal Bank of Scotland (RBS) learned this to their cost when they were fined heavily by the US authorities for alleged sanctions-busting. Standard Chartered even came close to losing the right to do business in the US.

In the post-Brexit era, the UK government is anxious to make sure the City of London remains the biggest financial centre in the world for foreign currency dealings and banking. The Treasury therefore wants to see British banks engaging with Iran again.

It is a proving an uphill struggle. The first port of call was RBS, in which the British taxpayer still has a 71.3 percent stake.

Instead of RBS jumping at the chance, as the Treasury may have hoped, it was rebuffed.

The government is thought to have approached the UK banks at the request of the Iranian finance ministry. Iran is aware that if it wants to become part of the international trading system again, its banks must have reciprocal arrangements with overseas banks so as to raise foreign currency and to make simple payments. It had hoped that because the UK government still has a stake in RBS and a mini-holding in Lloyds Banking Group, the banks would respond positively.

RBS was adamant it was not interested. In the wake of the financial crisis, it has run down its international operations and has become wary of taking unnecessary risks. Dealing with the volatile politics of Iran, at a time when the Trump Administration and the Republican-controlled Congress might try to unravel the nuclear deal, might not seem very wise. As for Lloyds, it has made clear it wants to be a UK bank only.

It is not just the banks that are nervous about getting into bed with Iran again. BP began life as the Anglo-Persian Oil Company before transmogrifying into British Petroleum and later BP.

Among the big oil companies, it has a reputation for exploration and production of new reserves.

Invited back into Iran, it decided against for the same reasons as the banks. It doesn’t trust Iran’s stability or the arrangements for extracting its revenues from the country.

When the sanctions noose around Iran was being tightened, as it ratcheted up its nuclear programme, Britain was at the forefront of closing down its banking system. Each week on the Treasury website, there would be a long list of proscribed Iranian banks and organisations. The Iran agreement saw many of the financial sanctions reversed.

Encouragingly, the banks and big oil are not yet ready to engage in Iran. Given the change of administration in Washington and the coolness of Congress to Iran, the judgement of BP and the RBS may prove more prudent than that of the aircraft makers. 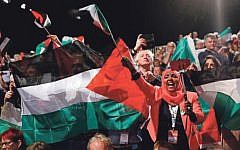 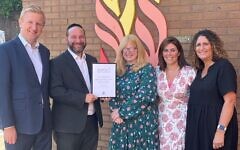 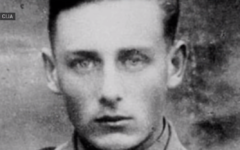