Chayei Sarah, literally the lifetime of Sarah, opens with her death at the age of 127.

If we look back at Sarah’s life, her struggle to conceive a child specifically stands out:

The first time we are introduced to Sarai (Breisheet 11:29-30) we learn that she is married to Avram and that she is “akara,” “she is barren, she has no child.”

Ibn Ezra explains that Sarai’s barrenness is emphasized to make it clear that Avram was not sterile (which becomes apparent later when Avram fathers Yishmael through Hagar).

Radak points out that Sarai’s bareness is mentioned specifically to show that when she did finally conceive it was a miracle.

God’s promise that Avram would become a great nation would only be fulfilled once they were living in the Land of C’naan. Radak states that the words “I will make you a great nation” (Breisheet 12:2) infer that even though your wife is barren, I will heal her and she will give birth in the land that I will show you.

When Sarai saw that she still could not have a child after they were already living in the Land of C’naan for ten years, she considered having Hagar serve as a surrogate mother (Breisheet 16:2) “Sarai said to Avram: ‘See now, God has restrained me from having children; come to my handmaid perhaps I will be built up through her.’”

According to Radak, Sarai already gave up hope of having her own child as she was already elderly (she was 65 years old when they left Charan). She was hoping that the child that Hagar would give birth to would be considered hers. This plan did not work out well for Sarai as when Hagar saw how quickly she was able to get pregnant (Breisheet 16:4), Sarai “became slighted in her eyes.”

When Avraham was promised that Sarah would give birth at 90, he couldn’t believe the news and didn’t even pass on the information to Sarah. Since Sarah had not yet been informed, she was surprised at age 89 when the angel announced that she would be having a child.

We see from here that Sarah had a difficult time dealing with infertility and did not have a lot of support from Avraham. He was under the impression that his servant, Eliezer or his son Yishmael could be the heir, leaving Sarah out of the picture.

Although Sarah was hoping that Hagar would serve as a surrogate mother, it didn’t work out that way.

In the end, Sarah was blessed to spend the last 37 years of her life with her son Yitzchak as she was 90 when she finally gave birth. However, it was not an easy road for her.

We must learn from Sarah’s life the lesson to reach out to those who are fertility challenged and give them the support that Sarah could have benefited from. 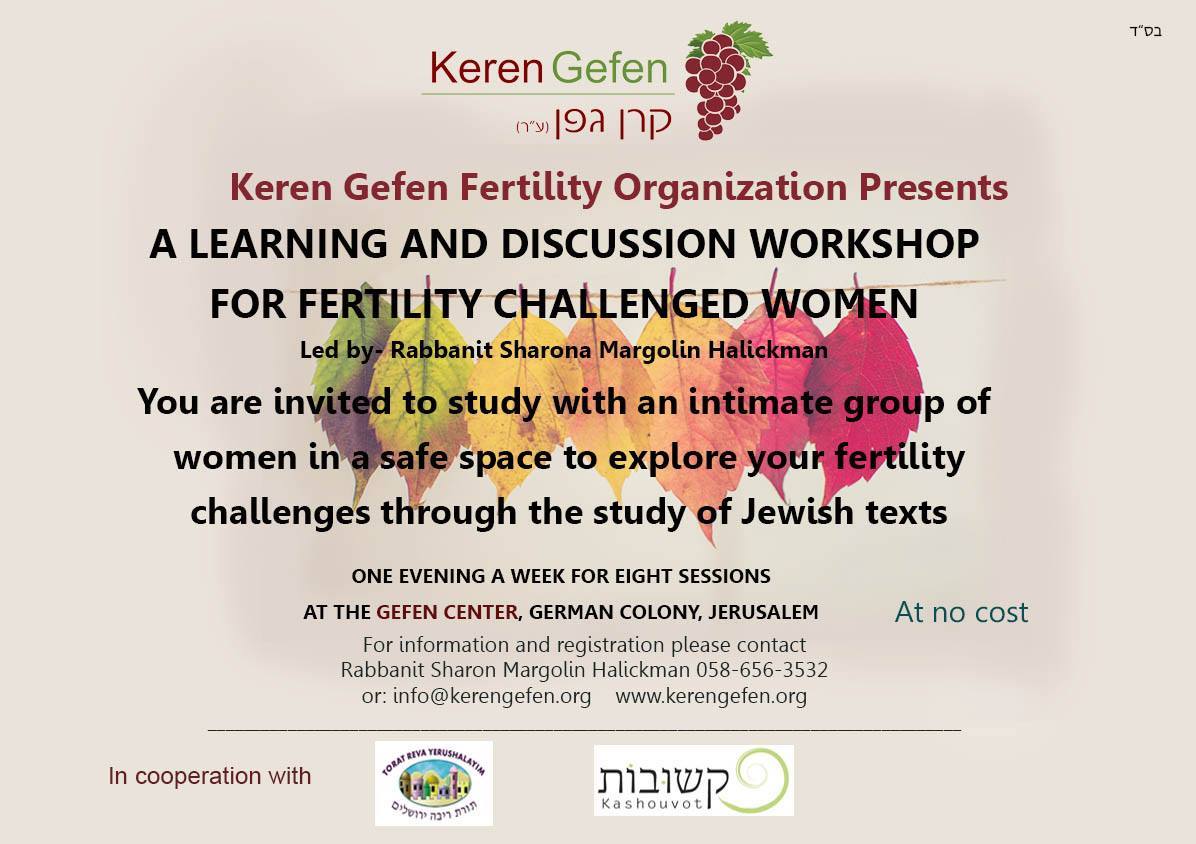 Women who are fertility challenged are welcome to join me for a fertility chavruta workshop
About the Author
Sharona holds a BA in Judaic Studies from Stern College and an MS in Jewish Education from Azrieli Graduate School, Yeshiva University. Sharona was the first Congregational Intern and Madricha Ruchanit at the Hebrew Institute of Riverdale, NY. After making aliya in 2004, Sharona founded Torat Reva Yerushalayim, a non profit organization based in Jerusalem which provides Torah study groups for students of all ages and backgrounds.
Related Topics
Related Posts
Comments
Advertisement