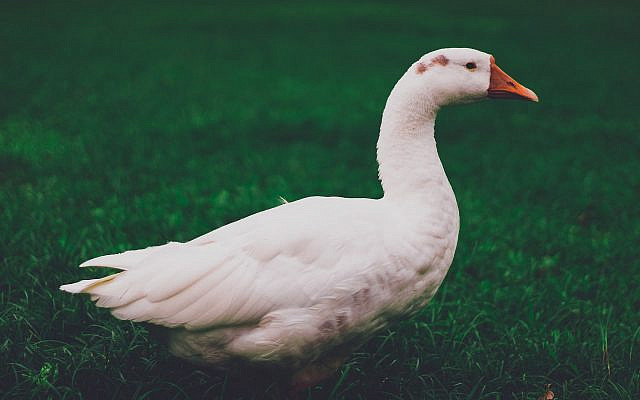 A Goose Looking For Some Sauce (Courtesy Rahul Pandit - Free to Use from Pexels.com)

Salzburg University in 2015 posthumously stripped Nobel Prize-winning zoologist, ethologist, and ornithologist, Konrad Lorenz, of his honorary doctorate. His enthusiastic embrace of Nazism had finally caught up with him. Sadly, the Nobel Prize committee has had no such scruples, and the long dead Lorenz (he died in 1989.) gets to keep his 1973 award.

He was also found to have used anti-Semitic language in a series of letters to his mentor.

Among his other curious ideas was the belief that geese are monogamous, that they mate for life. To give a scientific basis to his theory, Lorenz left his assistant to keep an eye on the comings and going of his flock of geese. He returned a few weeks later only to be told that monogamy was far from his geese’s minds. His assistant, seeing Lorentz’s disappointment, tried to console him, saying, “Geese are only human”.

Prince Charles, the Prince of Wales, perhaps thinking that Birds of a Feather (should) Flock together, is attending a remembrance ceremony in Germany. He has the temerity to join the commemorations of Germany’s annual National Day of Mourning. Together with the Duchess of Cornwall he will be the first member of the Royal Family to take part in the event.

The Prince, not always known for his scholastic achievements, might have forgotten that Germany was the enemy. Germany started not one, but two, world wars.

In World War I there were around 20 million deaths. This was not enough to satiate Germany’s blood lust and World War II killed some 3% of the 1940 world population, that’s around 80 million people. As we Jews know only too well, some six million of these deaths were not soldiers, bravely doing their duty, but men, women and children murdered horrifically in the Holocaust for the “crime” of being Jewish.

There are just a few survivors of the Holocaust still alive, as are some of the Germans who happily supported their country’s genocidal crimes. It is too soon to forgive and forget. We must leave that to the next generation when all of us old-timers are gone.

It is bad enough that Germany chooses to celebrate a Day of Mourning for the Nazis that died while trying to conquer Great Britain. It is nothing short of shameful that the Prince and future king of Great Britain chooses to join them. Perhaps it’s time for his swan song.