A few days ago eighteen-year-old Esther Samuel, an orphan from Arusha, Tanzania, was the recipient of a second successful life-saving heart surgery at the hands of the wonderful team of doctors and nurses from Save A Child’s Heart (SACH) at the Wolfson Medical Centre in Holon, Israel. I met Esther for the first time six years ago in East Africa having spent almost two weeks with a team of medical personal and climbers from Israel’s “Save a Child’s Heart”(SACH) young leadership team (www.saveachildsheart.org).  I was honoured to witness first-hand the ability of Israel to affect the world for good. 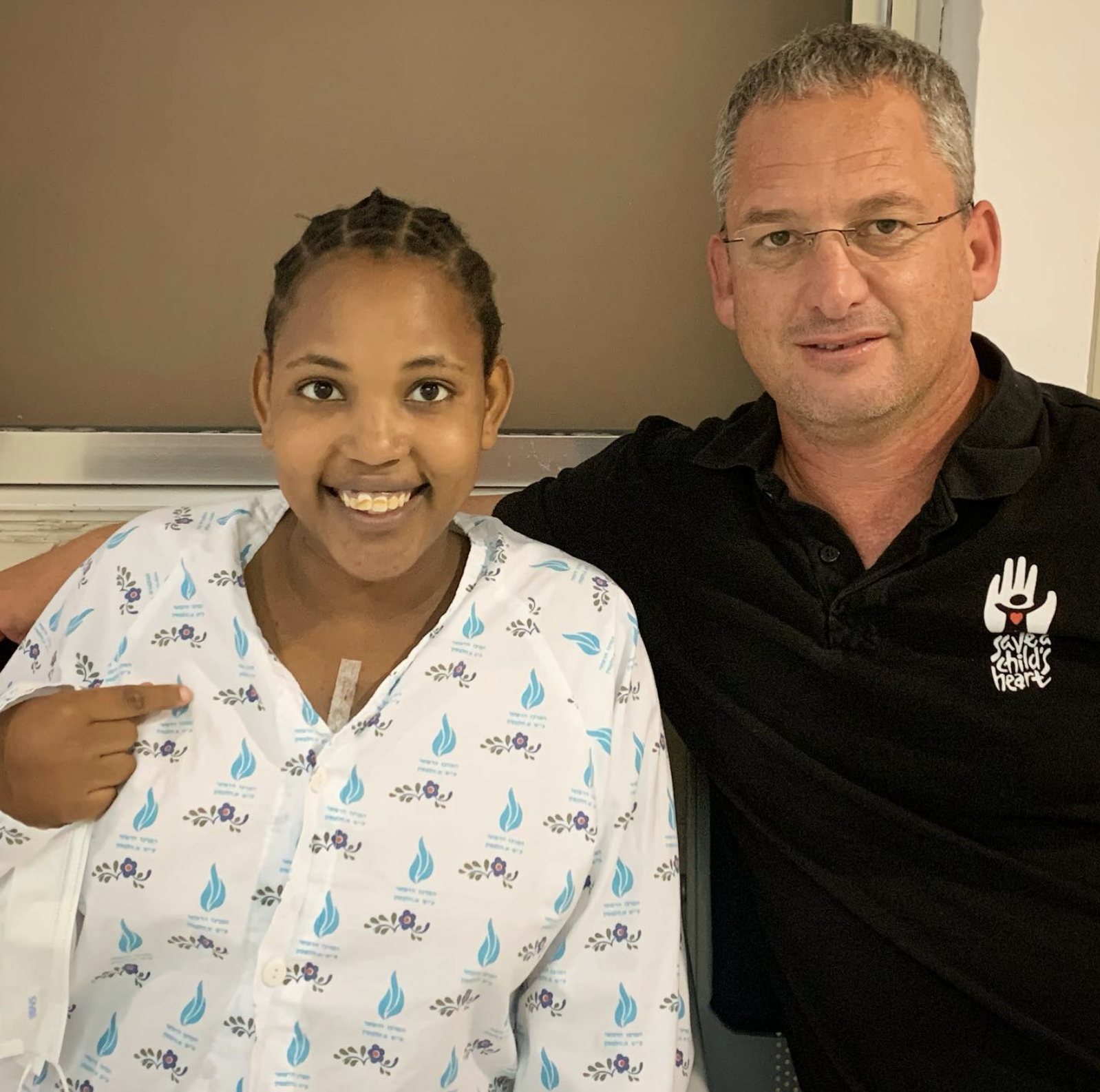 Our Jewish state knows how to rally around now and always.  Today more than ever before we have among us worldwide circles of aid and assistance.  It does not matter where you are or what language you speak, we all grew up on a set of common values.  When we open our hearts to the world and give of ourselves to others we become part of a long tradition of charity and righteousness and leading by personal example part of the Jewish culture of Tikkun Olam.  The State of Israel is totally dedicated to the idea that every person deserves the best medical treatment available; regardless of their nationality, religion, colour or gender.

Back in 2009 Esther, an eight-year-old Christian orphan from the Massai tribe in Tanzania, became the twenty-five hundredth patient of Save a Child’s Heart. Dr Lior Sasson, Director of Pediatric Cardiac Surgery at Wolfson Medical Centre, described Esther’s condition.

Rheumatic fever had damaged her heart and as a result her heart was huge.  She was very limited in even the simplest tasks.  Even walking was difficult from her.

Sister Angelika Wohlenberg, the German born director of the “Little Africa” orphanage in Arusha, Tanzania, where Esther was living, heard about the SACH program from a volunteer who just happened to be riding the same bus as her from Kenya to Tanzania.  Angelika contacted Simon Fisher at SACH who could not help but respond to Sister Angelika that, “God indeed works in mysterious ways,” since he was preparing at the time for SACH first-time charity climb up the Kilimanjaro (9 years after the untimely passing of the founder of SACH, the Late Dr. Ami Cohen) Two days later Simon and Dr.  Dr Godwin Godfrey, who is Tanzanian, and was being trained in Israel for five years to return to his country as his country’s first and only pediatric cardiac surgeon, met with Ester in Moshi a small town at the foot of Mt. Kilimanjaro and the hometown of Dr. Godwin and saw she needed urgent life-saving surgery.  They promised to do all they could to help Esther.  Two months later she was in Israel.  Dr Lior Sasson and his team, including Dr Godwin Godfrey operated for hours and reconstructed her damaged heart valve.  It was a successful surgery and Esther was grated a new lease on life.  A popular Swahili saying states, ‘Ni shauri ya Mungu’ (‘It is the will of God.’)

Six years after Esther’s first surgery I was privileged to be on that SACH team that travelled to Tanzania to climb Mt. Kilimanjaro to raise awareness and over $62,000 for SACH to save the lives of children in developing countries by bringing them to Israel, at no cost to the families, for life saving heart surgery.  We pushed our collective physical and mental boundaries in order to be part of the effort to raise cognisance and appreciation outside Israel for all the good that Israel does for the world. 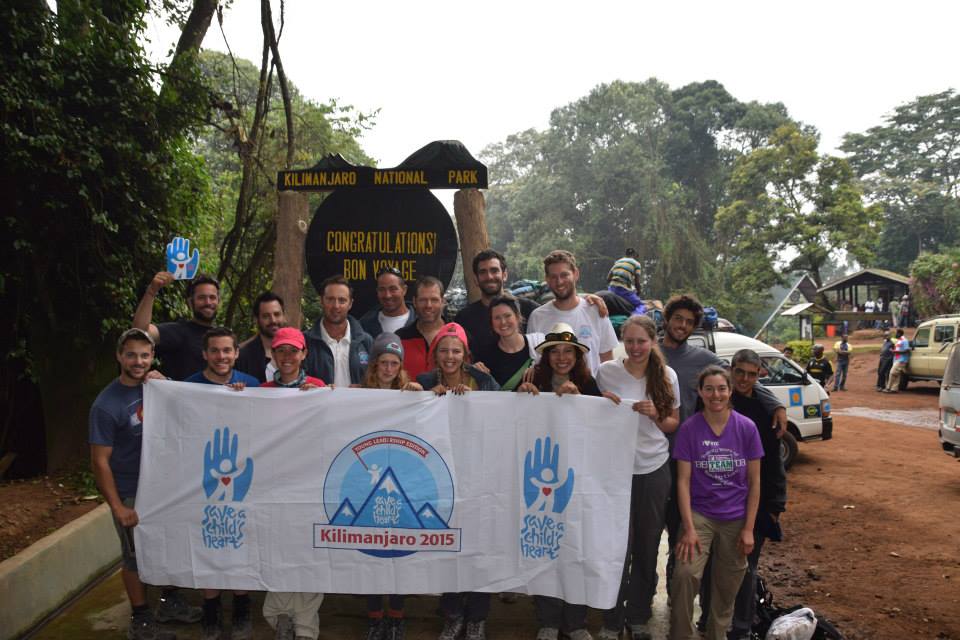 The day before our assent we visited the “Little Africa” orphanage in Arusha. Dr. Sagi Assa, one of the cardiologists who had treated Esther, was among our SACH team who visited the orphanage and had a chance to reconnect with Esther six years after her successful surgery in Israel. We spent many happy hours at the orphanage amongst special people whose poverty is not of the spirit.  The children treated us to a lovely concert.  In one of the songs, “Hallelujah,” sung in both Swahili and English, Esther was the smiling soloist.  In conversation with Dr Assa Esther mentioned how she is motivated to pursue a career in medicine and specialise in paediatrics in order to help other children in need.  Sister Angelika confirmed that Esther is an outstanding student and SACH donours have committed to funding Esther’s education. 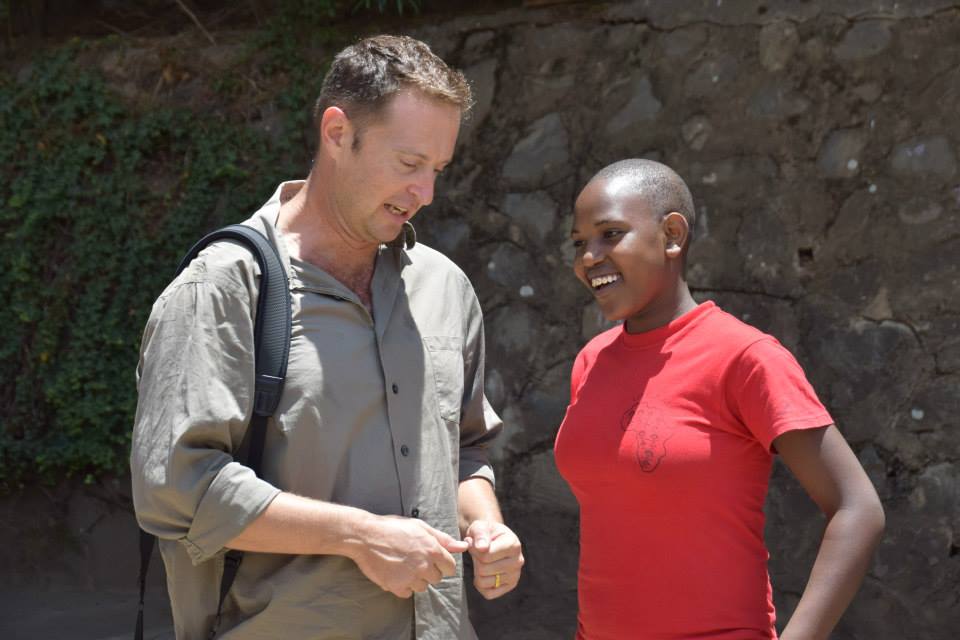 This is one more example of how Israel, with all of its imperfections, sees as part of its purpose looking out for other people.  Many of my friends, both Jewish and non-Jewish, were deeply moved my stories of the SACH mission to Tanzania, and by the images of the Israeli field hospitals and search and rescue teams after any natural disaster in the world, and ask why there is so little awareness and appreciation in the outside world for all the good that Israel does for the world.  Israel will continue to provide aid and assistance to all those who need help, because it is the right thing to do.  It’s in our genes. Together, we will overcome the darkness, and rebuild for a brighter future.