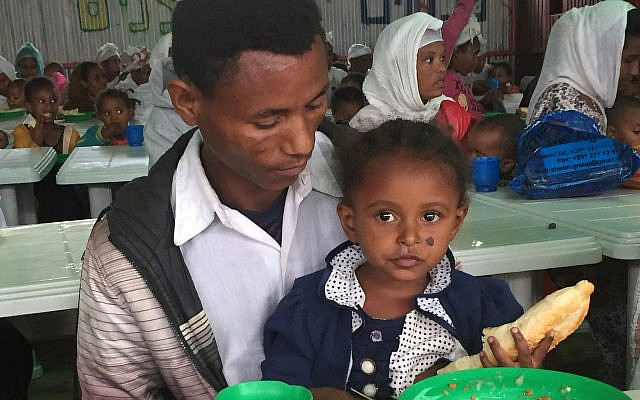 Father and daughter during feeding session during recovery from malnutrition. Dr. Morris Hartstein

If we’re lucky, most of us have never seen a malnourished child.Acute poverty is something that happens to someone else: the unemployed neighbor down the street whose kids are always hungry, the single mom with three kids who lives too far to get to the soup kitchen, the family caught in the middle of a civil war.

I was 11 years old when my family moved to Latin America. My father was just starting out his career as a clinical nutritionist and decided he wanted to focus his research on child growth and development. His decision to move to Central America for six months was no surprise: Child mortality and poverty were rampant. More than 40 percent of children that year would die before the age of 5. What my parents didn’t know was political unrest was growing as well. It was 1965, and our new home, Guatemala, would soon descend into civil war. A few months after we arrived, the military imposed a nightly curfew across Guatemala City.

One night I developed an asthma attack. The medications that my parents had on hand wouldn’t stop the attack,so my father swept me up in his arms, put me in the car and headed for the hospital. It was 2 am and I knew he was risking his life to save mine. The streets were dark and completely absent of cars, and he made it most of the way before he was pulled over. An armed police officer who fortunately spoke English listened to my father’s terse explanation and then escorted us to the front door of Roosevelt Hospital. Being American, white and Guatemala’s newest guest nutritionist afforded privileges that likely saved our lives. 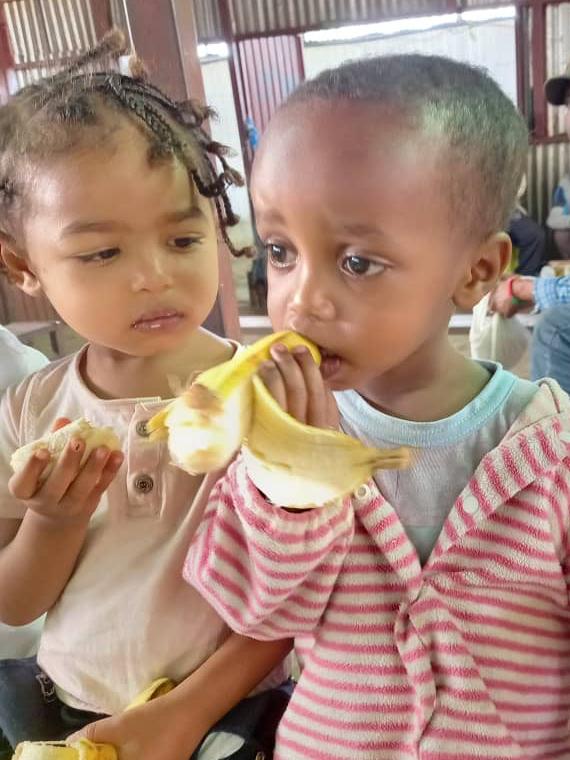 The health effects of malnutrition are heart-wrenching and can take years to improve. This boy’s tiny body and disproportionately larger head suggest the signs of having survived severe malnutrition. Credit: Dr. Morris Hartstein.

For most kids, a week-long stay in the hospital is a boring affair. But for me, one of only two children who wasn’t there for acute malnutrition, it was an eye-opener. As my health improved I was encouraged to walk around the ward. My daily walks revealed a world unknown to me. Every room was filled with small cribs and every crib had the same face: an emaciated child with a swollen belly and the body the size of an infant. Most were 1 to 3 years old when they were admitted. The majority of the 100-plus children, I found out later, would die before their fifth birthday.

I’ve thought about those children a great deal through the years, but never as much as I do now. There’s something deeply disturbing about hearing that one of the primary roles that the nonprofit medical clinics fill in Addis Ababa and Gondar, Ethiopia is to treat malnourished children in the country’s Jewish communities. According to the nonprofit Struggle to Save Ethiopian Jewry, the clinic in Addis Ababa treats “hundreds” of children, many of whom arrive to the clinic malnourished. Israeli doctors, along with supporting organizations like SSEJ and Operation Ethiopia make routine visits to the two compounds. The most impoverished children also have access to meal programs, but the sheer number of Jewish families in need of aid limits the amount of individuals they can feed to those at greatest risk. It’s a process that for now, can help keep many children from falling into the abyss I witnessed in Guatemala. But what about when they grow older? Will they still be waiting for an airlift? 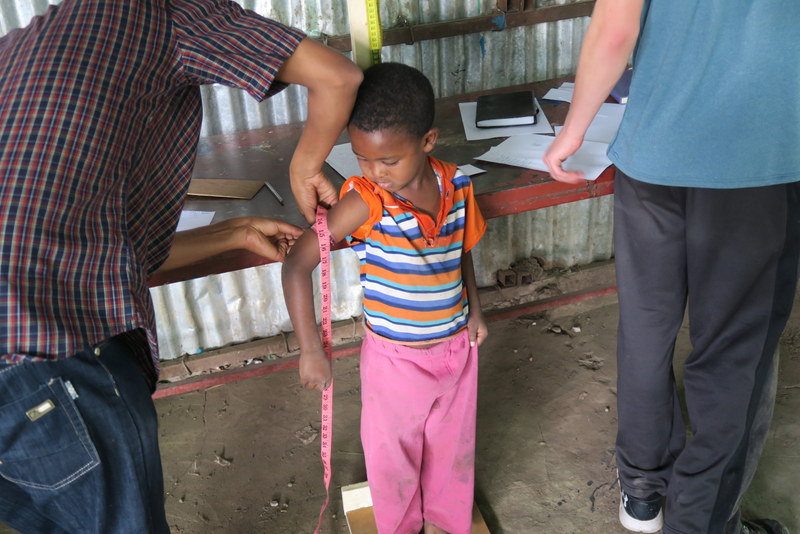 The feeding and medical programs in Addis Ababa and Gondar are designed to prevent child mortality among the poorest of Ethiopia’s Jewish communities. Credit: Dr. Morris Hartstein

The aid workers, volunteers and residents of Addis Ababa and Gondar that I have interviewed report a complex web of challenges that make it enormously difficult for Jewish Ethiopian families to climb out of the cycle of poverty. According to several sources, Jewish families in Gondar have been unable to qualify for the supplemental government aid that other poor, non-Jewish families receive during the coronavirus pandemic. The are reportedly told that supplemental funding is Israel’s responsibility, since it’s assumed that the family is waiting for an airlift to the Jewish homeland. The rejection is a poor excuse for antisemitism, but it also places an unreasonable burden on families that are also unable to get gainful employment because they are Jewish. 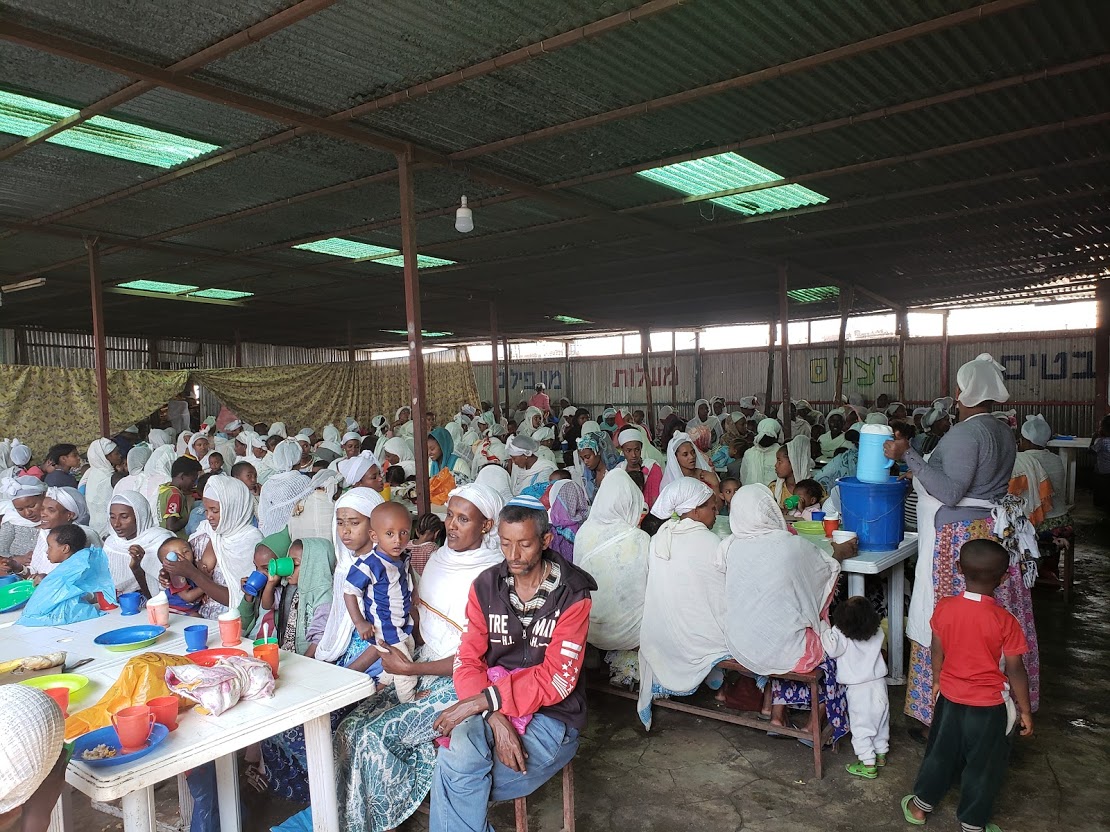 Social factors like antisemitism, unemployment and now, the pandemic keep Ethiopia’s Jewish residents at risk from poor access to food. Feeding programs like this one in Addis Ababa are an essential lifeline for families whose children have become malnourished while awaiting aliyah to Israel. Credit SSEJ.

Israel has for decades, remained the Ethiopian Jewish communities’ greatest hope. It’s built an international legacy by proving that Jewish lives – irrespective of their culture, their heritage or their colour – have value and that children, no matter the path their parents were forced to take, are entitled to a healthy life where Jewish values can flourish. Now more than ever, Israel needs to put those assurances into action and ensure that Jewish children that were born while their parents were waiting for an airlift don’t become another statistic in a country fighting a civil war. 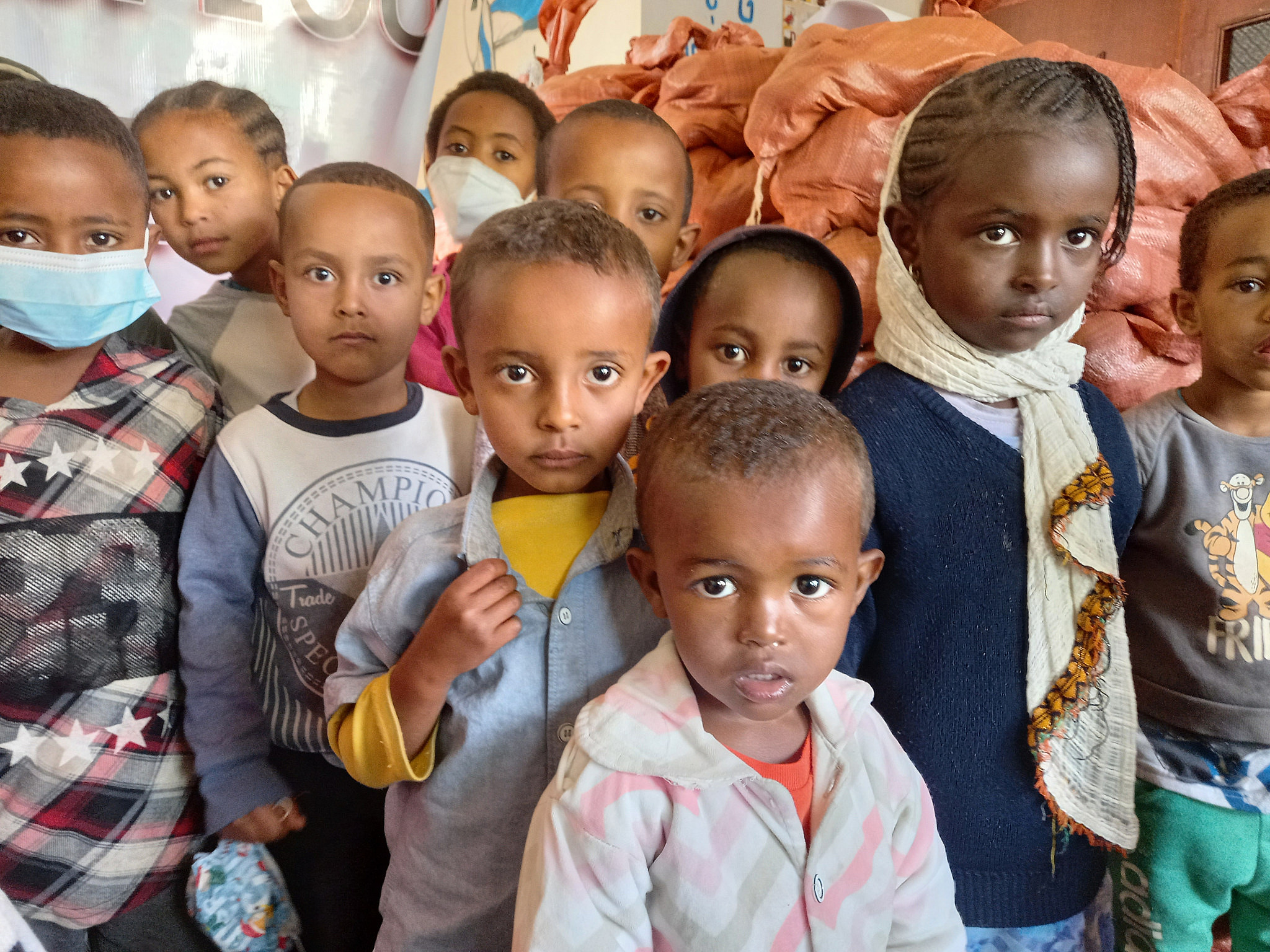 These children look healthy, but malnutrition leaves lasting scars. Medical programs can help treat the symptoms, but only better opportunities will assure a better life for these children. Credit: SSEJ
About the Author
Jan Lee's articles and blog posts have appeared in a variety of publications, including B'nai B'rith Magazine, the Jewish Independent (Vancouver, Canada), Baltimore Jewish Times. She is also a regular contributor to various business, environmental and travel publications. Lee lives in British Columbia, Canada.
Related Topics
Related Posts
Comments