A ghetto of silence

In much of Haredi society, speaking of breasts and other female body parts is immodest. So, it isn’t done.

In a world where there are no televisions, where radio stations don’t have female broadcasters and there is no discussion of women’s health issues, where the internet doesn’t exist, or is set to filter out words like “breast,” where magazines don’t have images of women, and there are few, if any, articles on breast cancer, women simply don’t know the need to screen for breast cancer, or what counts as a symptom.

Add to this a culture of not speaking about ‘bad things’ that pervades in some circles the result is that overall Haredi women have fewer breast exams and mammograms than other women. Some women do not discover that they are ill until they are dying.

In the most insular Haredi communities, women get mammograms and other tests for breast cancer at a rate that is 30 percent lower than the general population.

And despite the fact that Haredi women are less likely to develop breast cancer, they are 30% more likely to die from it. Three major studies in the past decade have revealed that haredi women have fewer incidences of breast cancer, but that more of these women die from the disease than women in the general population. This results from factors that researchers believe has to do with type of tumor, lifestyle, and economic status.

When I wrote an in-depth article on this issue, I was contacted by people from all around the world — doctors and nurses and other health professionals — saying that they have the same problem in their local Haredi communities. From New York to Argentina, people asked for advice on how to help make sure women learn about the risks of breast cancer, and get screened. 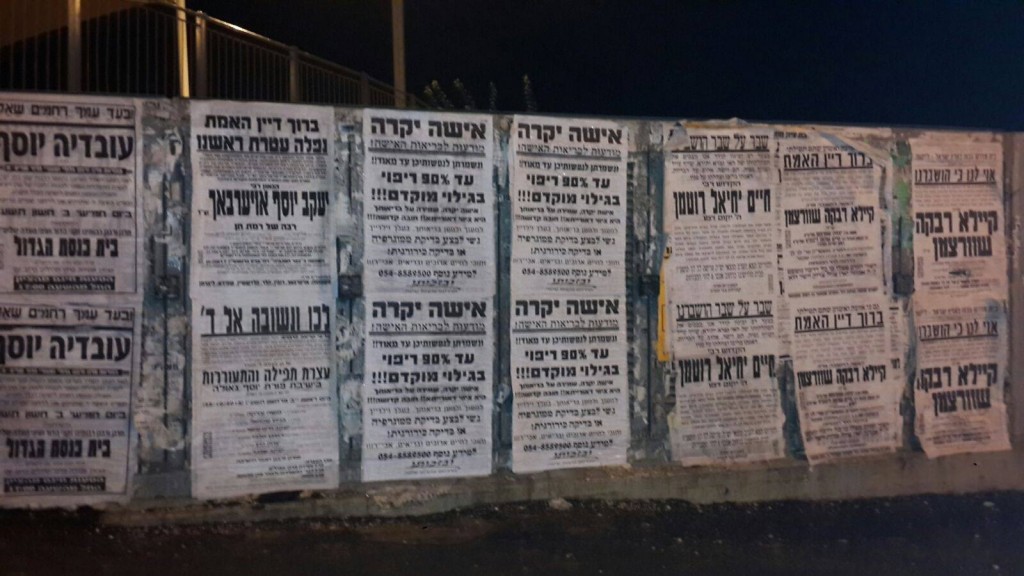 Last year, readers of this blog helped me raise $2,000 to post Haredi-style posters to implore women to guard their health (a Torah commandant) with a call to ask about a mammogram. It was hoped that this would spark a larger conversation with their doctor. The word “breast” was not used and the language was modestly reserved.

A thousand posters were printed and posted in 18 neighborhoods across Israel. As a result, 200 men and women called the hotline asking what they need to do.

Our efforts are bearing fruit. In April of this year, after our first awareness campaign, an unprecedented announcement in the Haredi newspaper, Yeted Neeman printed a statement calling on women to “not rely on the biblical verse that God will protect, but rather be vigilant about check-ups.’ The language is cloaked, but, in a paper that does not print women’s names as a matter of policy, the statement is huge.

This year, Ruth would like to print posters again and my colleagues and I at Chochat Nashim are asking for your help. Please help us reach even more women and get the word out to them to ask their doctors what they need to do to safeguard their health.

HELP US RAISE $3,000 TO PRINT POSTERS SO THAT WE CAN SPREAD THE WORD AND HELP WOMEN BEFORE IT IS TOO LATE.

Last year you made a difference — let’s see what we can do this year! 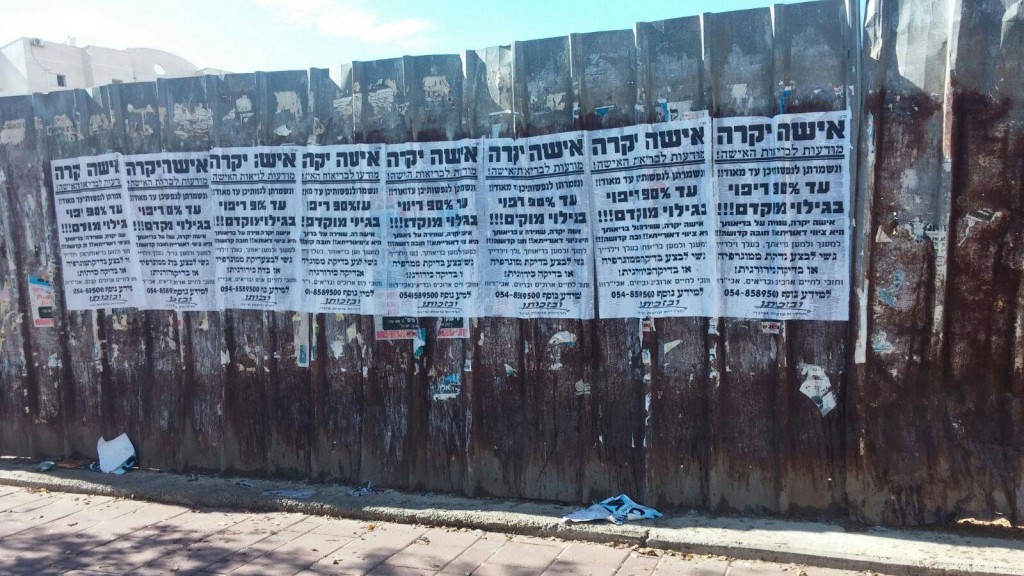