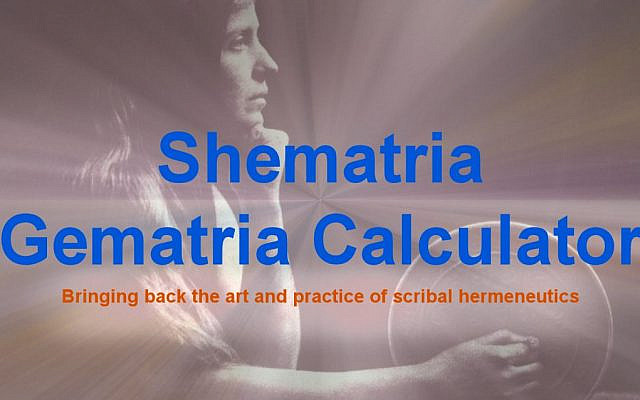 Hello. I’m an author/researcher that writes about Gematria, the Merkabah and the birth of the Alphabet. My books are ‘Chariot’, ‘The Genesis Wheel’ and my latest work: ‘Behold! : The Art and Practice of Gematria.‘

There are some wild ideas that run around biblical studies these days – ideas that are ungrounded by the principle:

The best exegesis of a text flows from methods actually used by it’s writer.[1]

This axiom is at the absolute core of biblical studies, but its true that academics have had considerable trouble understanding ancient hebrew scribal methods, and not in small part due to genuine biblical ciphers being things that are largely unknown. The Talmud gives us an idea of gematria, notariqon and temurah, but it also forbids discussion of the Merkabah, and by implication, discussion of the scribal methods and ciphers of biblical authors. This has led scholars to look outside of the cultural context of ancient Israel to neighbouring Assyria and Babylon for an idea of how Hebrew scribes may have practiced their arts.

So long as we lack Hebrew commentaries contemporary with and proximate to the biblical writers, it seems reasonable to consider the appropriateness of the exegetical tools actually employed by Assyrian and Babylonian scholarship coeval with the Bible. With such gaps in knowledge as we have concerning the disparate materials collected in the Hebrew Bible, we will, no doubt, most frequently be unsable to determine when or whether any esoteric message was intended, but one can nonetheless form some imprecise estimate of how coded information might have been vouchsafed in seemingly unaffected materials.[2]

Yet it is not true that a lack of commentary on the exegetical tools of ancient Hebrew scribes prevents us from finding them and using them ourselves. Due to the fact that gematria in the bible was a formal system of mathematics that had rules and conventions that determined its use, we can reconstruct the art from the rules that governed it and employ it with our exegesis, – and this is exactly what I’ve been doing for the last seven years (culminating in my latest book). I’ve been working to chart out these scribal conventions and methods.

More often than not, when we use the methods of ancient scribes with the Tanakh, the results of full exegesis tend to agree with oral wisdom. At the moment, most academics suggest that there were two authors for the chapters of Genesis 1-2, contrary to the tradition. However a competent analysis of the scribal hermeneutics of Chapter 1 and 2 (the Gematria, Notariqon & Temurah) can demonstrate an alphabetical continuity across Genesis 1-2 that makes them highly unlikely to be the work of more than one scribe. Those who argue that there were two authors do so on the basis that the Holy Name is not used until Chapter 2, but there is a simple reason for this that accords with the tradition. Let me preface telling you what that reason is with some background:

Rather than assuming Chapters 1 and 2 have different authors, I would suggest that YHWH is first used in Chapter 2 because the letter Yod (first letter of the name) hadn’t been described until verse 2:1. Up until that point, there were not the letters of the name available to make the name! And while the narrative is forced into some semblance of linearity by its unique alphabetical ordering, it is organised in reference to an ancient diagram of the heavens and the earth (the Seven Palaces), and thus it is not and never could be a truly linear narrative.

This is where ma’aseh bereshith and ma’aseh merkabah meet, but is there any room for authentic methodology in modern academic biblical studies?

About the Author
Bethsheba Ashe is the creator of the popular online Shematria Gematria Calculator, and the current Grand Master of the Sanctum Regnum. She has spent the last seven years in research culminating in the publication of her most recent book "Behold! The Art and Practice of Gematria" which is available at Amazon, Lulu and other outlets.
Related Topics
Related Posts
Comments