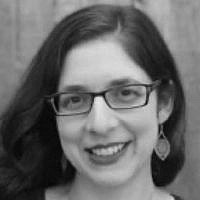 The Blogs
Hannah Pressman
Apply for a Blog
Advertisement
Please note that the posts on The Blogs are contributed by third parties. The opinions, facts and any media content in them are presented solely by the authors, and neither The Times of Israel nor its partners assume any responsibility for them. Please contact us in case of abuse. In case of abuse,
Report this post. 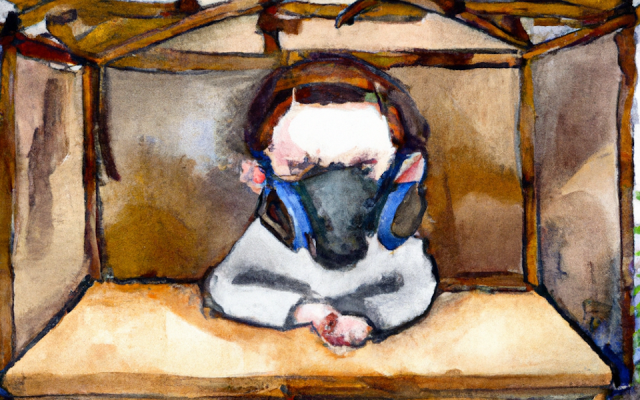 JTA— People in Seattle praying for rain — only on Opposite Day, right?

Admittedly, the rain jokes write themselves, but there is no humor to be found in this situation: The Pacific Northwest found itself desperately hoping for precipitation over the past several weeks. Seattle’s hottest summer ever on record extended into a toasty October with regional temperatures in the 80s, typically unheard of at this time of year.

The Tacoma News Tribune reported that we were experiencing the driest October since the 1940s. The Bolt Creek Fire, which erupted in early September near Skyhomish, has been burning for over a month and tarnishing Western Washington with unhealthy smoke levels for days on end.

Last Wednesday and Thursday, the website IQAir reported that Seattle’s air quality was the worst on the planet.

So yes, Seattle has been praying for rain; in the era of extreme weather events, ironies abound.

For Jews living in the Pacific Northwest, it has become an unwelcome part of our seasonal preparation to anticipate how wildfire smoke might throw a wrench in our holiday plans. Parts of the High Holiday liturgy now strike me with new and disturbing resonance. I can’t read “who by fire” in the Unatenah Tokef prayer without thinking about the wildfires around the Cascades and the dangers they pose to people and animals both near and far.

Years of severe drought up and down the West Coast have laid the groundwork, literally, for wildfires to spread and affect increasingly large areas, disrupting daily life on an unprecedented level for people in this part of the country. Despite media coverage, I am not sure how much our lived reality has penetrated the awareness of people outside this region. As a Puget Sound resident for the last 15 years, I’ve watched the news follow a certain pattern: local reporting, followed sometimes by national reporting; a drop-off in national coverage as the crisis lingers; then an occasional swerve into arguments for or against the existence of global warming, forest mismanagement or whatever other polarizing environmental issue is on the table. And while raging fire becomes an opportunity for raging voices, real-time human suffering is ignored.

I am not an environmental scientist, so I cannot prove or disprove whichever theories the recent wildfires are supposed to uphold. What I can provide is testimony about living through this moment and its impact on my Jewish holiday observance.

I can tell you about putting up a sukkah two weeks ago and staying outside just long enough to make a quick kiddush and say the blessing “leishev basukkah,” which expresses the commandment to sit in the temporary huts that are the enterprise of the Sukkot holiday. This year we may have fudged a little on the halakhic requirements for making that blessing, because the air smelled so terrible that we scurried back inside to eat our meal.

I can describe my five-year-old daughter patting the air purifier in my bedroom, trying to appease it whenever its red light indicated that it had detected something toxic in the air. “You’ll be OK,” she reassured the machine (simultaneously not reassuring me at all). She brought the purifier things to help it feel better, like a blanket and Laurie Berkner’s recording of “All the Pretty Little Horses” — a child’s offerings to an angry god.

A Sukkot week with only one or two days of moderate-enough air quality to spend time in the sukkah really doesn’t feel like z’man simchateinu, the season of our rejoicing. When the skies appear apocalyptic, when ash rains down on you from a mountain burning miles away, how can you make the spiritual pilgrimage that our High Holy Days require?

Which brings me back to the prayer that is added to the daily Amidah prayer on the last day of Sukkot: “Mashiv haruach umorid hageshem” — the Jewish prayer for wind and rain. This year, looking at that line, I felt a convergence of my current reality with the liturgy and language of my ancestors. For Jews, this appeal to the One who can make the wind return and the rain fall is invoked from the end of Sukkot until the beginning of Passover. After the smokiest Sukkot in memory, a frustrating and frightening week of diminished rather than increased joy, I think everyone in this corner of the country was crying out for wind and rain to relieve us of the unbreathable, unthinkable air that had refused to budge for so long.

Last Friday, based on weather predictions, I dressed my daughter in rain pants and boots. Like my fellow Seattleites, I walked out the door hoping against hope that it would finally be the day to break the dry spell and drive away the cursed smoke. And lo, as we got in the car, the first spattering of rain in weeks began to softly descend. We drove to school with the windows down, reveling in the rain that began to fall more steadily and insistently. My daughter laughed and shouted a prayer of thanks towards the heavens: “Thank you, rain, for getting the smoke away!”

Our air and our sky have been returned to us. Let us rejoice, for now.

About the Author
Hannah S. Pressman writes about Jewish languages, gender, and religion. She received her Ph.D. in modern Hebrew literature from New York University. Her writing has appeared in Tablet, Lilith, the Forward, My Jewish Learning, and eJewish Philanthropy, as well as academic volumes. Hannah is currently working on a memoir connecting her Sephardic family history to explorations of American Jewish identity. She lives in Seattle with her husband and three children, none of whom drink coffee (yet).
Related Topics
Related Posts