The Blogs
Yaakov Menken
Managing Director, Coalition for Jewish Values
Apply for a Blog
Please note that the posts on The Blogs are contributed by third parties. The opinions, facts and any media content in them are presented solely by the authors, and neither The Times of Israel nor its partners assume any responsibility for them. Please contact us in case of abuse. In case of abuse,
Report this post. 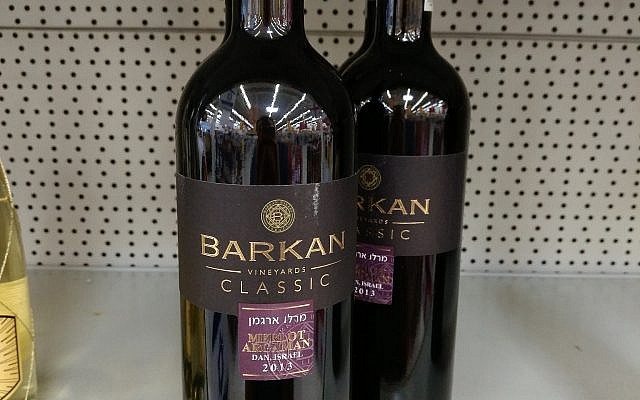 Tucked in the footnotes of an article about remaining Kashrus questions about Barkan wines, Rabbi Yaakov Hoffman dropped a stunning revelation regarding the supposed problem of racism at the winery, and in the Eidah HaCharedis (Badatz) Kashrus organization.

For those who have not been following this story, in late June there was a firestorm of criticism: Barkan Wineries was labeled “racist” for banning Ethiopian employees from coming into contact with its wines. According to news reports, “Israel’s chief rabbi condemned the ban as ‘pure racism,’ the president castigated the winery, the Knesset speaker called it shameful, while an MK backed a growing public boycott.” We will have to hope the chief rabbi was misquoted or was misinformed, as will become apparent below.

The finger of blame was immediately pointed at the Badatz, the Beis Din Tzedek of the Eidah HaCharedis, widely considered to be the gold standard in Kashrus certification — and the certification which Barkan wished to add to its wines.

Wine is treated as a special case in Jewish law. Due to its association with social gatherings and lowered inhibitions, a Talmudic decree tells us to treat any raw, unpasteurized wine handled by a non-Jew — or, according to most opinions, even a Jew who does not keep the Sabbath — as forbidden, following the Torah’s model for treating wine that was offered to idols. Today, every reliable Kashrus organization follows these stringencies, requiring that grape juice and wine are handled only by observant Jews on its way to being bottled and sealed (or pasteurized, as cooked wine does not have these limitations).

The problem, then, is the special case of the immigrants from Ethiopia, the Beta Israel community. According to the opinion of the former Sephardic Chief Rabbi, Rav Ovadiah Yosef zt”l, they are Jewish without conversion, but the majority disagree — the opinion of Rav Yosef is that of a daas yachid, an individual opinion that runs against the consensus. Because of the Beta Israel community’s distance from established Jewish communities and normative Halachic practice, the majority of poskim (Halachic authorities) require that the Beta Israel undergo formal conversion to confirm their Jewish status.

The accusation of “racism” was tenuous from the start. As explained by Rabbi Hoffman in his first article on this subject, the problem with the Halachic status of the Beta Israel would be identical were their skin tone Caucasian white, Middle Eastern tan, or Martian purple for that matter. But because their actual skin color is African brown, it is easy to recognize a likely member of that community. And so the initial explanation, that the Ethiopians were singled out for confirmation of Jewish status, was quite believable — although it was also entirely defensible. Given that only a portion of that community has undergone a reliable conversion, an organization like the Badatz was not going to play fast and loose with Halachic standards in order to satisfy a demand for political correctness.

But then, we have Rabbi Hoffman’s bombshell, found in an email from the head of on-site Kosher supervision at Barkan Winery.

First of all, this Mashgiach seems to have no bias towards the Badatz. He asserted that the employees were all investigated and confirmed to be Jewish “beyond a doubt,” as well as fully Sabbath-observant. But he couldn’t give a precise answer regarding how the employees were previously investigated, and he seemed to be under the misimpression that some Ethiopians are unquestionably Jewish without conversion — which, in reality, is the unique opinion of Rav Yosef zt”l.

But here was his shocker: he wrote in his email to Rabbi Hoffman that when the Badatz came into the winery, they re-investigated all Barkan employees to confirm they were Halachically Jewish, Sabbath observant, and qualified to handle wine. That’s right: the Badatz did not single out anyone, but, on the contrary, demanded new proof of Jewish status and Halachic observance for every employee. And it was the Ethiopian workers who refused — “הם לא רצו לשתף פעולה ועשו רעש גדול” (they did not want to work with them, and made a big tumult).

Is this true? If the Mashgiach on site expressed himself correctly and is correct, then not only was the Badatz entirely blameless, but it is the Ethiopian workers who created the problem, demanding acceptance as observant Jews with no evidence and crying “racism” when they were subjected to the same requirements as everyone else.

To be certain, this means the accusation against Barkan and/or the Badatz was likely hugely premature, a knee-jerk reaction rather than the result of a sober investigation. At this juncture, at least one American Kashrus organization is seriously debating whether it can, in the future, permit Barkan wines until the situation changes. No one from the previous certifying organizations has explained why they believe these winery employees should be considered Jewish by those who do not follow the daas yachid (unique individual) opinion of Rav Yosef.

We have seen similar things happen in America, when people manufactured a racial conflict where none was present or certainly needed. But it is yet more unseemly in this case, because the belief that Jews are racists is a classic element of anti-Semitism — and as anti-Semitism reflects hostility towards Judaism, even Jews can slip into anti-Semitic tropes when it comes to those who observe Judaism with greater stringency. To what extent did this stereotype grant credibility to what now appears to be a false claim?

It seems a lot of people may owe the Badatz an apology, and we have yet another object lesson on the inappropriate use of racial differences to create a “bias incident” designed to exacerbate, rather than quell, racial tensions… and one about anti-Semitic stereotypes affecting the thinking of Jewish writers, editors and politicians.

About the Author
Rabbi Yaakov Menken is the Managing Director of the Coalition for Jewish Values, representing the voice of over 1000 traditional rabbis in matters of public policy. He is also the Director and Chief Architect of Project Genesis, creators of Torah.org and other leading web resources for Jewish outreach and education.
Related Topics
Related Posts
Comments