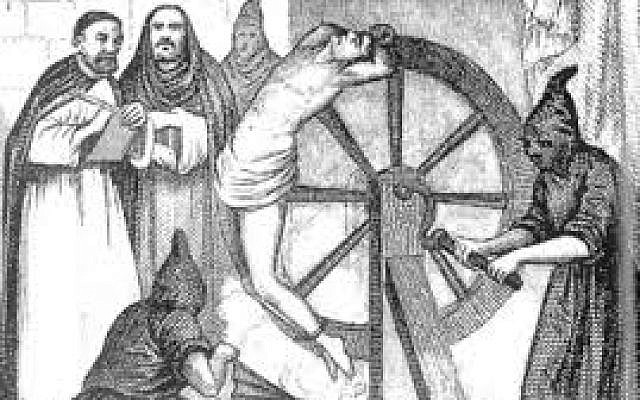 Removing this mans MAGA hat during the 2020 inquisition

Yes, I publicly support Trump. I am not a “shy” Trump supporter. People like me are in the minority. I am publicly a Pro American, PROUD JEW, and unabashed supporter of Israel. I was anti-Obama, and now I am Pro-Trump. I can take the abuse most cannot.

When I write about these subjects and see people around town, I can tell you that many are like me but they will not say it publicly because they know they will be ostracized, abused, and in many cases, hurt professionally.

I have never been like that. Perhaps it is because of my career. I don’t NEED anyone. I am not in advertising, and I don’t sell insurance. I don’t play golf to get business. I suck anyway.

I can assure you that these “secret” or shy voters are Doctors, lawyers, prominent businessmen, educators, and people that would shock you. We are living in McCarthy like times. ” Have you ever been a communist or a Trump supporter”?
Here are a few comments from local Jews to me. “You only care about Israel.” My answer … I AM JEWISH, DUH. The more detailed explanation is that I am an American first and a patriotic supporter of the U.S. I believe our countries Judeo Christian values have kept us healthy, and the robust United States also happens to make sure that Israel will survive.

“Well, Levine, you are a Trumpster, clueless, blind to his abuses yada yada yada.” I may have added an extra Yada for emphasis, so shoot me. I can say unequivocally, unlike many Obama followers who never criticized anything Obama ever did, I often criticize Trump. So to keep it simple, here are the reasons I write. I write to let people know that it is okay to feel and believe the following.

The United States is the best country ever in the history of the earth. We are not perfect; however, compared to the rest of the world, we are pretty damned good.
Israel is not perfect, but it is the most moral country in the middle east, and I would argue in the world.
Individual black people’s lives matter, all of our lives matter, but the movement is anti-Semitic, Marxist, and dangerous for our countries future.
We are not an inherently racist country; white people owe nothing to brown and black people. That is not justice. We owe ALL PEOPLE the basis of our constitution, which states very clearly that ALL PEOPLE ARE CREATED EQUAL. ALL, NOT SOME, NOT A FEW BECAUSE THEY ARE NEEDED FOR VOTES. ALL. When we fall short of that bar that we set, then we need to change. White people and black people fought other white people to END slavery; over 600000 lives lost in the process. Slavery was not the sole fault of the United States. It was a worldwide phenomenon, and it hasn’t been in our country for over two 150 years. When injustice has occurred like Jim Crow laws, our country has fought back. We are decent, moral people, and we don’t need to apologize to anyone for our current actions.
We are tired of the media, which has turned from being a cherished protector of our freedoms to become a propaganda arm of the power elite.
Many see the Democrats as having an unending thirst for power. They will do anything, say anything, destroy anyone in their way. Even if this kills our country, God forbid if today’s far-left Democrats get into power, will eliminate all our checks and balances. We will become a one-party country like California and New York.
Peace is breaking out in the middle east. Trump has been a strong leader who has pushed Israel and her enemies into codifying peace agreements. Iran ( the bad guys remember?) is neutered, ostracized, strangled into retreat. All of our so-called thought leaders and those in power were wrong, John Kerry, Wrong, Tom Friedman, pompous ass that he is, is wrong, Pete Beinart, really wrong. It took a businessman with a Jewish son in law to get movement on an intractable conflict.
Biden is a disaster. Is that the best the Democrats have to offer?
A man on the cusp of being in a memory care unit? A VP who has the dubious distinction of making Hillary Clinton likable?
Have you read the platform for the Democrats? Do you think that Biden will be strong enough to push back on the crazies who have taken over their party?
Aren’t you even a little bit worried about the flourishing antisemitism that is accepted indeed tolerated by the Democratic party?
Aren’t you a little bit curious about why foreign policy was NOT a topic discussed during Biden’s debates? Biden, who has been wrong on almost every foreign policy decision he has ever made?
So here it is, folks. I write this to let you know it is okay to vote for Trump.

It is okay to want the United States to be strong.

It is okay to be a strong supporter of the only Jewish State in the world.
It is okay to want our immigration laws enforced.
A wall, a border is not racist; it is logical and critical for our countries safety.
You are not a racist if you do not believe in tearing down all of our nation’s statues.

You still believe in the rule of law, the freedom of the press, and a Government that protects us, not oppress us.
You believe in freedom of and from religion.
You believe in personal responsibility, the family unit, and individuals’ rights in their pursuit of happiness.
You believe that Trump has been a very effective leader, aside from his often poor choice of words. A doer, as he says, not a talker.

We will get through this terrible time in this country. The bullies will not win. The propaganda will end, but it will take many who will speak out and stand up for what they believe.

The real truth will defeat those who are cynically trying to destroy our country.
Thank you