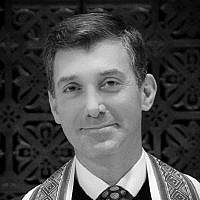 The Blogs
Joshua Davidson
Apply for a Blog
Advertisement
Please note that the posts on The Blogs are contributed by third parties. The opinions, facts and any media content in them are presented solely by the authors, and neither The Times of Israel nor its partners assume any responsibility for them. Please contact us in case of abuse. In case of abuse,
Report this post.

The Jewish community’s enemies have always known where to hurt us.  And as we commemorate International Holocaust Remembrance Day in the shadow of events in Colleyville, Texas, it is painfully clear that those who would hurt us are out there.  Anti-Semitism is on the rise, and proving once again that the world’s oldest hate does not abide within only certain ideologies.  It is malleable and pervasive and contagious.  And we must call it out and unite against it.

As thankful as we are for the FBI’s lifesaving intervention at Congregation Beth Israel, its initial suspicion that the hostage-taker’s choice of a synagogue for his assault was “not specifically related to the Jewish community” was disturbingly naive.  The failure to recognize anti-Semitism is dangerous, and delegitimizes the Jewish community’s understandable fears.  With the US Congress currently considering how much funding to dedicate to the Nonprofit Security Grant Program, it has never been more important that authorities – both federal and local – see clearly that an attack on a synagogue is never a random occurrence.

On too many occasions in recent years, synagogue sanctuaries have become scenes of bloodshed.  The attackers’ motives differed, but the results were the same:  heightened anxiety in the Jewish community.  After the shootings in Pittsburgh and Poway, our attention focused on white nationalists, for whom all minorities lie in the crosshairs.  After attacks on Jewish communities around the United States last spring during a flare in the Israeli-Palestinian conflict, we witnessed again how hatred of Israel easily fuels hatred of Jews.  And now we are reminded how jihadist militants – perverters of Islam – perceive Jews as driving an American war against them and embodying the Western ideals of social mobility, secular education, free intellectual discourse, and religious liberty that threaten their fundamentalist beliefs; and how the myth of Jewish power and control crosses oceans, borders and ideologies.

Our enemies have always known where to hurt us.  The Hebrew poet Chaim Nachman Bialik once described the synagogue as “our house of life,” “the storehouse of our soul,” where Jews celebrate life’s most cherished joys and turn for comfort in loss.  Throughout the ages, in the shtetls of Eastern Europe and the big cities of America, the synagogue has been present for the Jewish people as a fortress of hope and stability.  And we need it now.

This month, American Jewry has been profoundly grateful for heartfelt expressions of support from so many quarters and religious groups, as demonstrated in interfaith gatherings around the country. Now the federal government must increase its funding for security grants so that Jews, and all religious communities, can ensure that their sanctuaries offer the safety their worshippers have a right to expect.  And as soon as Covid permits, the Jewish community must reconvene in full strength in defiance of those who would do us harm.