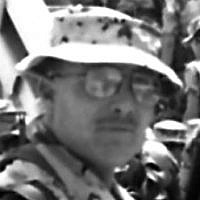 The Blogs
Stephen Hughes
Apply for a Blog
Advertisement
Please note that the posts on The Blogs are contributed by third parties. The opinions, facts and any media content in them are presented solely by the authors, and neither The Times of Israel nor its partners assume any responsibility for them. Please contact us in case of abuse. In case of abuse,
Report this post.

Security Briefing: The Basics For Understanding: Qassams, Scud Missiles to Cruise Missiles, Drones to UAVs and CBRN Warfare (Chemical, Biological, Radiological and Nuclear) . This Security Briefing is for those that has little to no knowledge on the subject matters. However there is plenty recent research in these fields which would be inviable to professionals. This Briefing facilitates a more thorough insight towards understanding the magnitude of the deadly threat of these weapons and CBRN. This is a primer for understanding SCUD missiles, Kassam Rockets, cruise missiles, UAVs, solid-fueled, liquid-fueled, hyper-sonic, subsonic, and stealth capabilities.” Israel Center of the Storm: Asymmetrical Rocket Warfare and State sponsors of terrorism.  Such states do not have to declare war upon their opponent, fight through a proxy and can strike where, when and how at their own choosing. In the age of Asymmetrical Rocket Warfare, the tiny state of Israel is in the center of this storm.  This Security Briefing is laced historical backdrops from Israel’s 1973 War to Saddam Hussein, Hezbollah to Hamas and more . This 182 page Security Briefing is heavily formatted with illustrations, charts, summary boxes and thoroughly foot noted. It is an adobe acrobat file. Click on link to download Security Briefing from ..  independent.academia.edu

About the Author
spent 13 years with the U.S. Army, half of that time was spent overseas, now retired. Author of several books.
Comments