I want to share with you an experience that about two dozen of us had at Temple Emunah last week. It happened at about 3 AM on Wednesday morning, the first day of Shavuot. But before sharing with you what transpired, I want to back up and fill in some of the background. 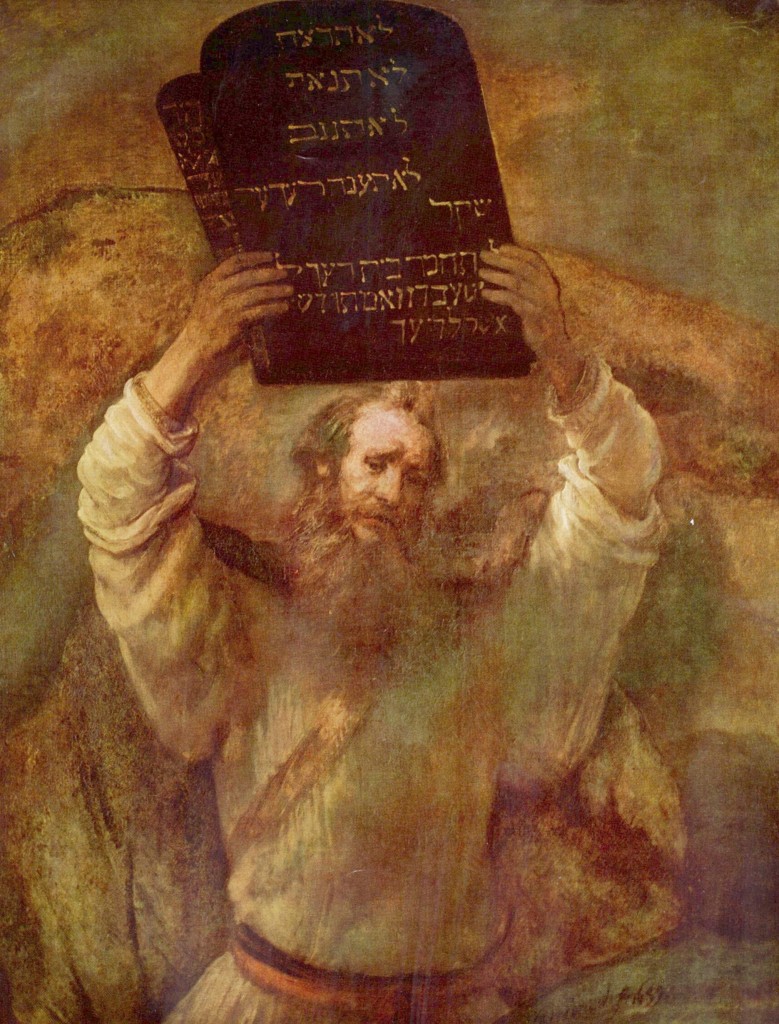 Shavuot marks the giving of the Torah at Sinai – in that sense it is the culmination of the Exodus we celebrate on Pesah. Of course, the best way to show our appreciation for Torah is by studying it, studying it all night, in fact.

As customs go, studying on Shavuot is fairly widespread. But, where does it come from?

It’s not in the Torah – the Torah itself describes Shavuot as a harvest festival. In fact, like the beautiful custom of singing Kabbalat Shabbat, the prayers and Psalms, including Lekhah Dodi, with which we greet Shabbat, this custom of the Tikkun Leyl Shavuot was developed by a community of rabbis and mystics, most of them refugees from Spain and Portugal, who settled in the town of Tzfat or Safed in the north of the land of Israel during the 16th century. One of them, Rabbi Joseph Caro (who goes on to write the Shulhan Arukh – the basic code of Jewish law) recorded that all the congregations in Tzfat would gather on the night of Shavuot to stay awake and learn Torah until the morning when everybody, (of course, back then, he meant males only), would go to the mikveh, before gathering for prayer.

We are among the few non-Orthodox shuls that keep it going all night, until it is time for the morning prayers at dawn.

Frankly, the mid-week timing of Shavuot made us apprehensive about the turnout especially with only sixty people who RSVPed a week before Shavuot, but, in the end, over 120 people showed up for dinner and, while some left as the night went on, others joined in.

There were amazing shiurim/classes taught by our staff and our wondrous lay teachers and our Rabbi Emeritus, Rabbi Eisenman. We had everything from dramatic Torah reading to meditation and lots in between. Beyond all those experiences, including midnight basketball, making fresh eggs for breakfast, and our outdoor sunrise shaharit service (which had a few raindrops on it), we also had a kumsitz, a campfire, at 3 AM. 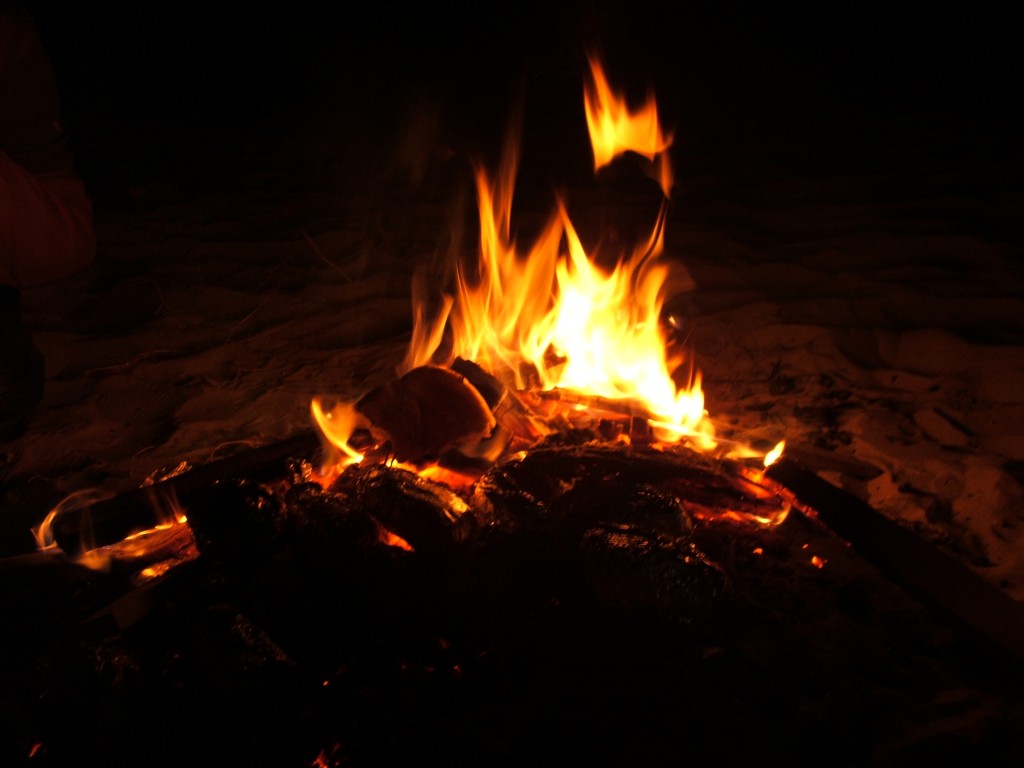 There is something about sitting around the fire and singing that always transforms a moment, bringing ALL the participants closer to each other. With my arm around Matan, my younger son, as we sang, I looked into the faces of the twenty-five people around the campfire. Their faces glowed from the light and the heat.

Suddenly I felt that this must have been what it was like at the base of Mount Sinai some 3,500 years ago. The eager anticipation of the dawn, or of God’s revelation – the feeling of closeness to one another. Sitting together bound by the experience we had and that which we were about to have.

This week’s reading is Parashat Naso. It also contains the laws of the Nazirite – one who dedicates themselves to God and the laws of the Sotah ordeal when the trust in a marriage has broken down. Following is the long list of gifts brought by each tribe. And then among all of these themes, we find the Birkat Kohanim – the Priestly Benediction.

It is almost overshadowed in this jam-packed reading, but, of course, it has become one of the central liturgical texts utilized by our tradition. It was used by the Kohanim in the Beit Hamikdash – in the Holy Temple – in Jerusalem. We keep this most ancient practice alive through dukhenin – reciting the priestly benediction on the holidays in our egalitarian shul led by Kohanim and, blessedly, in our community, the daughters of Kohanim, which most communities do not acknowledge as such.

And over the millennia, this text has become part of the repetition of the Amidah. But it’s not just for priests. Parents use it each Friday night to bless their children and also to bless them just before their wedding ceremony.

This text has been found in Jerusalem dating back some 2,700 years – it was found in a cave just across from the Mount Zion Hotel, where the last four Emunah Israel trips have stayed, where the Menachem Begin Heritage Center is today.

In 1979, archaeologists were excavating the area, when a 13-year-old “assistant” revealed that a partial collapse of the ceiling long ago had preserved the contents of Burial Chamber 25. And there, inside a series of rock-hewn burial chambers based on natural caverns, two tiny silver scrolls, inscribed with portions of the well-known Priestly Blessing from this week’s reading that were apparently once used as amulets, were found. 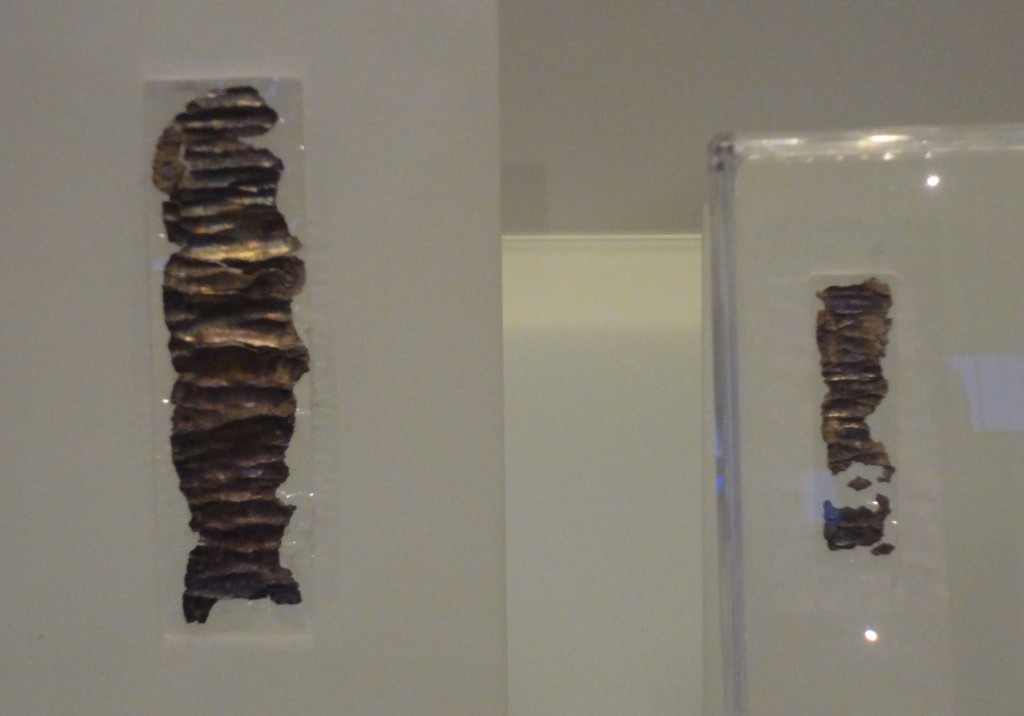 “The delicate process of unrolling the scrolls while developing a method that would prevent them from disintegrating took three years. They contain what may be the oldest surviving texts from the Tanakh, the Hebrew Bible, dating from around the year 700 BCE and are now preserved at the Israel Museum.” You can hop on a plane, drive to Jerusalem, and see them!

This is the ONLY known biblical text found by archeologists that pre-dates the Babylonian Exile.

Today, I want to dig a little deeper to unpack another layer of meaning. The text is, at first, simple – three words – Yivarekhekha Adonai Vishmereikha – May Adonai bless you and protect you. The second line contains five words: Ya’eir Adonai panav eleikha Vihuneka – may God’s face shine upon you and fill you with grace and then the last line contains seven words – Yisa Adonai Panav Eleikha V’yaseim lekhah shalom – May God’s face be lifted to you and place upon you peace.

There is a movement in this blessing: three words to five to seven, totalling fifteen, which is a number associated with God’s name, and seven words as the closing line is significant, since it is symbolic of perfection in our tradition.

Rashi explains the first line of this blessing means that your stuff, your goods, your possessions should be blessed and that’s why it needs the next word – yishmerekha – protected. Commenting on this, Rashi adds that “plunderers should not come and take your property.”

Our rabbis in the Midrash explain that the second line is about spiritual blessing. This line refers to “the light of Torah that God should enlighten your eyes and heart in Torah and grant you children learned in Torah.” (Bimidbar Rabbah 11:6)

Many commentators see the third blessing as a combination of the first two – “a joint blessing for worldly and spiritual bounty” in the words of the great 20th century commentator, Nehama Leibowitz.

But she also points us in another direction from a different midrash – that states that God will not be angry with us, but instead, extends God’s face filled with kindness toward us. This means that God will deal gently with us.

I wish to apply this idea to the literal words even more. The second line of the blessing has God’s face illuminated towards us – like the light hitting our faces on a summer day or the light of a campfire shining on the faces of those around it. We feel the warmth and the blessing.

And then the final line, God’s face is lifted to us. This may be another euphemism for favor – indicating that God will give us benefits of one kind or another. It is striking, however, that the Torah uses the language of God’s face.

We already know from Exodus that we cannot see God’s face and live. In fact, when Moshe asks for that special privilege he is refused, told that he can see only God’s back – presumably a metaphor for God’s impact on the world – not God’s self.

That is how we approach God. God is like a boat in the water that we cannot see, we cannot see the Divine. But, if we are lucky, and look carefully, we can see the wake from the boat, the ripples in the water. Those divine waves are flowing all the time calling out to us repeatedly urging us to live a moral, ethical, and spiritual life – a life of meaning and holiness.

But there is one more layer to looking at God’s face. We know what it is like to look into someone’s face. It is intense; it can be hard to do. It is very intimate. God is blessing us with that level of closeness. 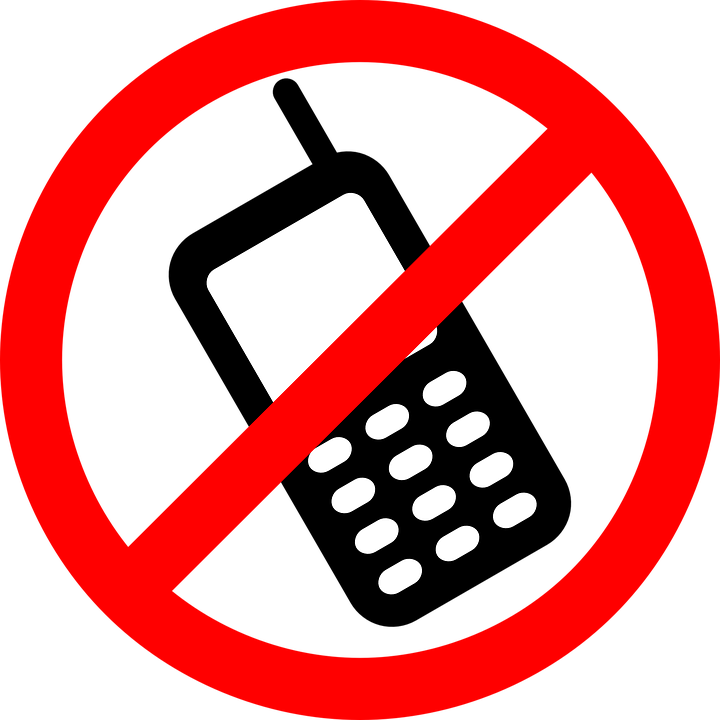 Similarly, we are being taught to look into the faces of others. This is harder to do than ever before in human history as we are more likely to be pulled into the face of our smart phones.

But, we human beings evolved to be social creatures – to look into the faces of one another.

Luckily, today is Shabbat and it is our policy not only not to use these devices in the sanctuary, but anywhere in the building including throughout the kiddush luncheon. So give it a try. Look into the face of another person and just talk. No need to show them any pictures or take any photos or text or snapchat – just be present. Even if you do not know someone, introduce yourself!

It turns out, we need not only that God’s face be turned towards us, but we need our faces, too. When we really look at each other, we cultivate deep qualities of empathy and compassion. Qualities like those are in short supply these days. We need to transform this world to one that feels God’s light more directly and that begins by looking, truly looking into each other faces.

So whether you do that today at kiddush or around a campfire on Shavuot or any other time, look into the face of another person and feel the light of God shine upon you. 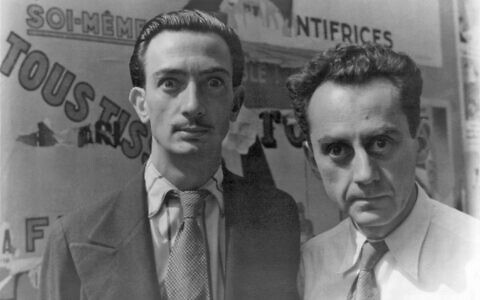 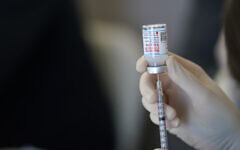