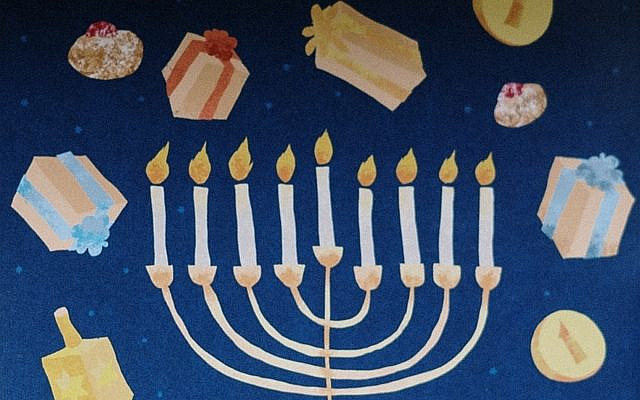 Chanukah is so much fun. Between the latkes, donuts, joyous family gatherings, gelt, and gifts, there’s so much to look forward to! But there’s a beautiful message that lies at the core of the festival that we find so inspiring—we’d love to tell you all about it so that you can enjoy it too!

When our ancestors in the Holy Land finally drove out their Greek oppressors in the Chanukah story 2200 years ago, they immediately set out to rededicate the Holy Temple that had been desecrated by the pagan invaders. Indeed, Chanukah means to “dedicate” or “inaugurate” the Temple. When they came to light the candles of the Menorah, they couldn’t find any kosher oil to use, as the storage had been violated by the Greeks. The Jews rejoiced when they found a single pitcher of kosher oil, enough to last for a single day, even though it would take a full eight days to make new kosher oil.

How would you react if you had found that single cruse of oil? Would you have rejoiced in the little that you had found, or would you turn your nose up knowing that it couldn’t possibly finish the job? When you’re faced with a task that you don’t feel capable of accomplishing, do you start anyways, or do you throw in the towel without even trying? The Jews of Chanukah didn’t bother to allow themselves to be bothered by the finish line. In classic Jewish style, they left the worrying to G-d and devoted themselves to the task at hand—lighting the Menorah. And indeed, the oil miraculously lasted for the eight days that were needed to make new oil!

This is more than a lesson for life, it’s a reason to celebrate an entire festival! Each year we re-live the Chanukah experience with the lights and latkes to remind us of the miracle of the oil that burned. Like the Maccabees who didn’t worry about the destination, on Chanukah we learn that we too should focus on this moment. Don’t give up just because you think you can’t succeed. You make the first step and G-d will bless you with the rest!

As lovely as this piece of Talmud appears the words seem to be mismatched. The product of the effort is “achieving”, rather than “finding.” “Finding” is something you could do without effort, rather than it being something you can only achieve through your own efforts!

The Rebbe explains that this is precisely what the Talmud is trying to teach us: Though G-d is in control of the universe, He desperately wants to remain anonymous so that we can continue to have freedom of choice. Had he blessed us without any effort on our part, his cover would be blown. But when we initiate something with our efforts—on some level—we might be tempted to attribute our achievement solely to our efforts without it becoming obvious that G-d has blessed us!

Hence, when we exert effort, G-d blesses our efforts with disproportionate success, to the point that the original attempt seems irrelevant and insignificant. Hence the result seems to be “found,” not “earned.”


Reflect on your life and see if the results were proportionate to your efforts. If the outcome exceeded your input, this is the fingerprint of G-d’s intervention, blessing you from backstage, beyond your own power and capability. Many of us were raised by immigrant parents who could barely eke out a living to put food on the table. Yet somehow, we’ve managed to climb into the top one percent of the world’s population in a single generation! Compare the house you grew up in with the one you live in now to see what I’m talking about.

There is no other way to explain how we Jews are still around today after 2000 years of persecution, while our much larger and more vicious nemesis are nowhere to be found.

Unlike the other Jewish holidays where G-d’s intervention was evident and clear, the hand of G-d in the Chanukah story was hidden and subtle. It was the strange sight of the candles that refused to burn out for eight days that led the people to conclude that G-d was hidden amongst them, blessing their actions. Today too, we don’t see G-d in real-time, but we can’t fail to notice His footsteps in the sand behind us. We can’t see G-d through the windscreen, but we are able to see Him in the rearview mirror!

I was delighted to see this same sentiment expressed by a very thoughtful Jew in our community as he commented on my e-sermon last week: “It’s great that G-d is in full control, but I feel I have to help Him a bit here and there.”

My colleague, Rabbi Moshe Bryski of Chabad of Agoura Hills, CA was concluding a lecture on “Faith in troubled times” when he noticed that one of the participants had tears in his eyes.

After the class, the man approached the rabbi. He shared that a few years earlier he had gone through a terrible tragedy. His wife and three daughters were involved in a car accident and two of the daughters were killed on the spot. He sank into a deep depression and found it difficult to restore the joy of life. The situation deteriorated, until his marriage itself was destroyed. He divorced his wife and was left alone with his sole surviving daughter.

He was unable to bear his suffering. He planned on taking his daughter to a movie, saying goodbye with one final positive experience, dropping her off at her mother’s home, and intending to do what he felt he had to do, G-d forbid, to return his soul to his maker.

“We arrived at the mall building where the cinema was located and we heard happy music in the distance. My musical ear picked up that it was Jewish music, and I was intrigued to find out what it was about. After all, it’s a mall in Los Angeles…

We got closer and saw a group of boys dancing around a large Menorah. Even before I could understand what was going on, a young man pulled me into the circle. I looked at my daughter from afar and saw the smile spread across her face. It was the first real smile since the accident, and I knew I couldn’t do this to her.

At that moment I decided to continue living for her. So, tonight when you talked about how G-d runs the world even in times of difficulty—I can testify to its eternal truth.”

A strange thing happened. Tears began to well up in Rabbi Brisky’s eyes. “What was the name of the mall?” asked Rabbi Bryski.

Now it was Rabbi Brisky’s turn to complete the story: “Come see how much G-d cares for you. A few days before that Chanukah, I decided to spread the joy of Chanukah by placing a Chanukah Menorah in a place where I had never placed it before. I picked up the phone (before Google) and asked the operator for the phone number of a mall in Simi Valley. The operator asked which mall I was looking for. I had no idea. I hoped the operator would direct me to the busiest place. The operator chose to give me the number of “Mount Gate Plaza.”

Chanukah night we arrived at the mall, toting dozens of volunteers, hundreds of donuts, and amplification equipment, but we found a completely deserted place. The mall was desolate and preparing for demolition. Other than the movie theater, all the stores were vacant. We were very disappointed, but since we saw people standing in line to enter the cinema, we took the Menorah from the entrance to the mall and placed it next to the cinema.

I remember returning home that evening with a heavy feeling of failure, thinking that I failed in my decision to spread the joy of Chanukah…

There are small miracles happening around us all the time! All G-d needs from us is to set the ball in motion. He’ll pick it up from there. Don’t be daunted by the tasks you face—if you feel like you need to apply the brakes, know that you’ve most certainly got what it takes!

Chanukah—the Festival of Lights—is the time for us to open our eyes and see the light, to expose the hidden miracles that are all around us!

May we find the light this Festival of Lights!

About the Author
Rabbi Dovid Vigler blends together the African culture in which he was raised with the esoteric Chassidic pulse of his passion. He serves as the Founder and Spiritual Leader of Chabad of Palm Beach Gardens FL together with his wife Chana. He is the host of Schmooze Radio, South Florida's only Jewish Talk Radio Show. Archives, Blogs, and more are available at www.JewishGardens.com
Related Topics
Related Posts
Dovid Vigler