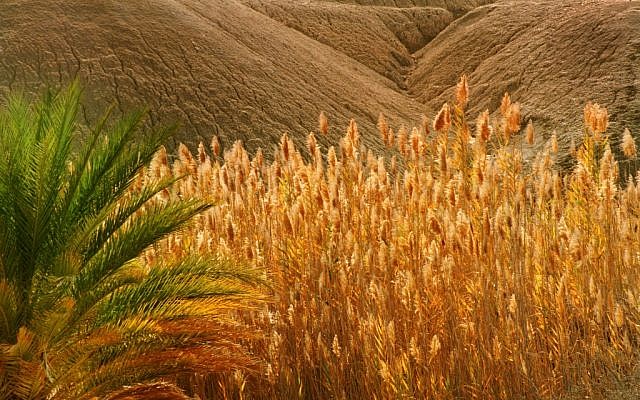 Numerous commentators and philosophers have explained the biblical commandment to count the days between Pesach and Shavuot (Vayikra 23:15.) as a way to encourage people not only to count these days, but to use this time to examine their thoughts and feelings and take stock of their lives. Both the exodus from Egypt — which initiated our ancestors’ first encounter with liberty — as well as its culmination with the giving of the Torah (the law of moral freedom) at Mount Sinai should become ingrained in our personalities, inspiring constant moral elevation. The purpose of the period between the two festivals is to relive these sublime moments so as to ennoble ourselves.

Nothing is more dangerous for a person than to remain spiritually stale, and for this reason we are required to count the 49 days of the Omer. To prepare ourselves for the upcoming celebration of Shavuot and the giving of the Torah, we are asked to climb a ladder of 49 spiritual steps, each day adding another dimension to our souls.

Commentators are therefore surprised to notice that the actual counting of the Omer begins on the second day of Pesach and not on the first (Ibid.). If the purpose of counting is indeed to re-enact the entire historical period between Pesach and Shavuot, why not start on the same day that the Exodus took place, which was also the first day that Jews began their journey to moral freedom?

When carefully examining the Jews’ behavior on the day of the actual Exodus, which corresponds to the first day of Pesach, we become aware of a strange phenomenon. What stands out is the astonishing passivity of the Jews. There is no action whatsoever, no initiative. The Jews are told to remain inside their homes and simply wait for Moshe to give the sign. There are no planned confrontations with the Egyptians; no speeches of national revival; no demonstrations; just silent waiting. Only after Moshe signals to the Jews is there any movement on their part. And even then, they quietly and humbly leave Egypt.

What becomes increasingly clear is that it is only God Who acts on this day. There is no human initiative. God alone takes them out, and it is He Who leads the way. It’s a moment when there can be no misunderstanding about who’s calling the shots. It is a day on which God reveals His unfathomable strength. While the people remain utterly passive, God “steals the show” by displaying His absolute sovereignty. The only thing the Jews are asked to do is follow, as a slave follows the master. God’s protection is impervious.

Once they have left the borders of Egypt, however, we see a radical change. Suddenly, the Israelites wake up from their imposed passivity and realize that they had better start preparing for a long journey through the desert. It is now that they need to show courage and exercise patience on their own. The earlier divine protection is no longer impenetrable. Only a few days on the road, the Israelites learn that Pharaoh and his army are approaching, with the intent to take revenge. He wants the Jews back home and if necessary will use all the forces at his disposal to accomplish this goal.

The Israelites must have wondered why God didn’t ensure that Pharaoh would remain in Egypt. Yesterday, the Egyptian ruler made no noise about their leaving and didn’t attempt to stop them. But now, standing at the Red Sea, the Israelites ask Moshe why they have to die in the desert at the hands of Pharaoh (Shemot 14:11.). It all looked so promising on that first day of the Exodus. Everything was taken care of. God’s protection was complete and flawless. So why not continue this most comfortable situation?

Indeed, on the second day, God no longer pulls the strings. It is as if He decides to fade into the background, and the people have to become more active. Only after much complaining and many fervent prayers on the part of the Israelites is God prepared to step in once again and split the Red Sea, providing them with basic protection.

Could God not have split the sea earlier, to save the Jews unnecessary anguish? Why not allow things to continue as they had the day before, when everything was under control and what prevailed was an almost messianic condition?

The message could not be clearer. People must take responsibility for themselves. The option of sitting in an armchair and passively relying on God and His benevolence does not exist. We are brought into this world to take moral action, grow spiritually, and dignify ourselves through hardship and struggle. It is the desert that functions as a classroom where the Jews learn to become “a light unto the nations” (Yeshayahu 42:6; 49:6.) and set a moral example. This is life’s purpose, and this is its condition.

Why, then, did God first arrange a day that resembled paradise only to plunge them into panic and feelings of insecurity the very next day? Because without knowing and actually experiencing that ultimately God is in total control, their obligation to be morally responsible would stand on shaky ground. Why be moral when there is no firm foundation on which this morality stands? We have to first learn that there is a purpose to our struggle for moral behavior; not just a utilitarian one, but an existential one. We must be convinced that there is more to life than meets the eye. It has to become clear that God and only God is the ultimate source of everything. Only then do we have no choice but to stand in awe, overwhelmed by the grandeur of God’s infinite power. We need to become completely powerless before we can take action and accept responsibility.

It is this idea that stands at the center of Judaism. It is as if God is telling the Israelites that they need to grow up. In Egypt, they were told what to do and had no option of taking any initiative on their own. They were just slaves. And so it was on the first day of Pesach when the Exodus started. At that moment they became the slaves of God, and that required total obedience and passivity. They were immature, unable to stand on their own feet, and therefore God had to look after them, as a mother looks after her baby. But just as a mother has to move to the background, giving her child its own space to grow up and become a full human being, so God withdrew and gave the Israelites space to grow up and take responsibility for their future. No more total submission, but rather autonomy, with the awareness that one lives in the presence of God and is consequently asked to take action. It is not submission that God requires, but partnership. It is the outgrowth of a brit (covenant), in which each party takes responsibility for its assignment. Not a one-sided dictatorship.

Throughout history, we see that God gives more and more space to the human being. At Sinai, and during the following years, there are still open miracles where God has to step in. But from then on, we see that God’s open miracles slowly disappear. With the destruction of the Temple, God vanishes even more. His hiding intensifies because human beings’ maturity and responsibility need to take over more and more. “Aus dem Kinders in das Mannesalter” — from youth to maturity.

By the end of the biblical era, human beings not only stand on their own two feet but it is almost as if God has stepped out altogether. By now they are mature enough to assume responsibility, and if they fail it is their own fault. There is no crying on the Father’s shoulder.

For this reason, the interpretation of the Torah is left in the hands of the sages. In post-biblical times, they are mature enough to accept responsibility for deciding what to do with this text, and they no longer need the Author to explain what He means. It is up to them to decide. Torah lo baShamayim Hi (Baba Metzia 59b.), the Torah is no longer in Heaven. It is already on earth, and it is up to the earthly beings to decide what to do with it.

The real struggle for moral liberty started the day after the exodus from Egypt. The first day was a given; it was the day of God, not of the people. It was the day of passivity and complete surrender. Only the next day did the spiritual labor of the human being begin, and that is therefore the first day of our spiritual elevation.

It is for this reason that throughout the generations we begin Pesach by learning what God’s power is all about and celebrating it on the first day, specifically when reading the Haggadah. Only after we are totally overpowered by God’s absolute omnipotence, and have spent a day in contemplative awe, are we able to take moral action on the second day and grow up.

This, I believe, is why we begin counting the Omer only on the second day. The first day doesn’t count.

Every week I receive hundreds of emails and important observations on my essays, via many channels. Unfortunately, the volume makes it impossible for me to respond to every comment. Please know that I deeply appreciate every comment, and learn from them all. Thank you for taking the time to share your comments. I hope you will continue to do so.
— Nathan Lopes Cardozo