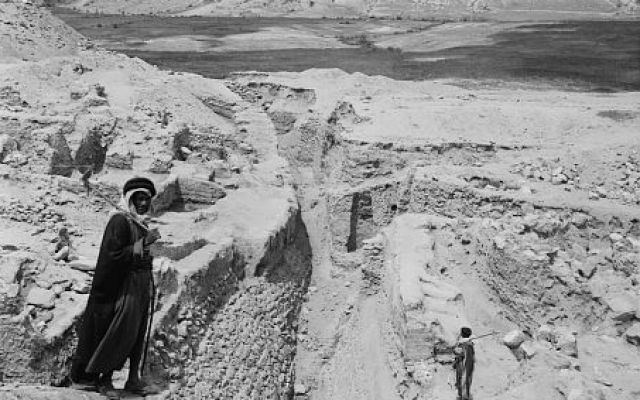 There is growing speculation that the number of civilizations that have had the balance tipped against them by earthquake, volcano and/or tsunami at just the critical moment in their history—pulling down defensive walls, changing the course of rivers, increasing vulnerability to attack, etc.—is no small list. The catalogue of potential victims includes some world-class candidates: the Mayan city-states of Quirigua, Xunantunich and others in Central America, Megiddo and the Minoans in the Eastern Mediterranean, the Harappan civilization of the Indus Valley. There is even question now as to whether Troy was brought down not so much by the valor of Achilles and Agamemnon but rather more by Poseidon, god of the sea, and of—earthquakes.

Ancient sagas don’t always perfectly articulate how tectonic forces may have contributed to catastrophe in wars, dammed waterways, caused crops to fail, ushered in starvation and all the rest—and it’s left to modern historicity to often find the truth in many chapters of otherwise implausible parables of past ages. For modern Israelis there is the hardly-believable chronicle regarding the fall of Jericho, for example, with Joshua bringing down that city’s fortifications by ambling around them seven times and blowing on a ram’s horn. It’s a possibility though that might actually have been close to what happened after all.

Tens of thousands of natural phenomena—earthquakes, volcanic eruptions, floods, meteor showers, eclipses—have occurred over the last 5,000 years of recorded history. That any should coincide with one of the uncountable battles that took place over the same duration shouldn’t amaze too much. As a case in point, historians aren’t shocked that the battle on the Kizilirmak River in 585 BC between the Lydians and the Medes was short-circuited by a solar eclipse that terrified both sides into agreeing to a truce on the spot. It’s only surprising there aren’t more of those sorts of recorded events.

However Jericho’s walls were brought down, carbon-14 dating, pottery fragments, and amulet inscriptions confirm that they fell within the same historic wink of an eye as when the Israelite invasion of Canaan transpired: circa 1,400 BC. Hebrew Biblical details of the war—the assault on the city occurring just after spring harvest—coincide with the archeological evidence of large stores of grain uncovered. Dr. Bryant Wood, an archaeologist at the University of Toronto, has written that the city must have fallen shortly after spring harvest.

”When we compare the archeological evidence at Jericho with the biblical narrative describing the Israelite destruction of Jericho, we find a quite remarkable agreement. The presence of these grain stores in the destroyed city is entirely consistent with the biblical account. The city did not fall as a result of a starvation siege as was so common in ancient times,” says Dr. Wood. “Instead, the Bible tells us Jericho was destroyed after but seven days.” A layer of ash, dated as well to 1,400 BC, also speaks silent witness to the entire city having been burned around the same time.

An earthquake coincidentally striking simultaneously with the investment of the city by Israeli troops, creating a breach in the fortification walls and allowing the besiegers to flood into the city is not at all an impossible scenario. The most famous battlements ever built, the walls of Constantinople, were pummeled by an earthquake in 447 AD, leveling sections of the wall, just as Attila the Hun was bearing down on the city. Sixteen thousand rival charioteering factions—the Blues and Greens—were pressed into emergency service to repair the walls, barely accomplishing the Herculean task in time.

Biblical reportage concerning Jericho’s destruction dovetails with another specific feature of Jordan Valley tectonic history. There have been occasions when seismic disturbances have blocked the Jordan River for a day or two. In Joshua 3:16 that’s precisely how the Israelites are said to have crossed the river opposite Jericho—walking across dry land after the river had been inexplicably stopped upstream, with the water “piled up in a heap.”

There are good reasons why accounts endure many millennia, chief among them that there is usually a foundation of truth for them. Historians and scientists need to be reminded of that from time to time.