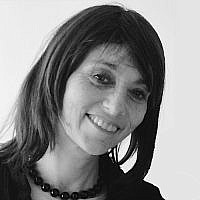 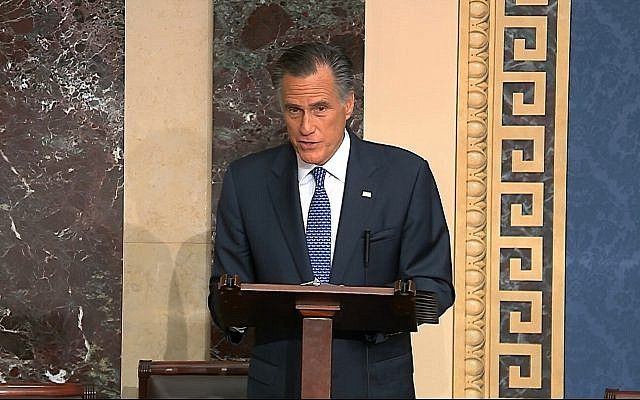 As an Orthodox Jew, I am grateful to Senator Mitt Romney, a fellow religiously-observant person, for restoring civility and dignity to America’s national dialogue.

I have long been yearning – without great hope, however, amidst the degrading atmosphere of this 21st Century era – for such a voice to be heard. I am proud that apparently, it takes a G-d-centered person to declare fidelity not to a certain politician or political party but rather, to his conscience.

Yes, there’s such a thing as conscience. Each and every one of us is responsible ultimately to his Divine Image.

The debasement of speech these days in America is a result – to an extent impossible to measure – of an environment in the highest offices of the land whereby mockery of one’s political opponents is OK, cruel nicknames are OK, coarseness of language is OK, embarrassing people crudely in public is OK.

What are our children learning from our community’s largely un-nuanced, implicit embrace of a president whose manner of speech violates basic halacha? Perhaps it prompts them to admire a “tough-guy” demeanor, and to necessarily downplay the significance of shmiras halashon, the guarding of the tongue.

Should we be lending unqualified support to a president who engages in forbidden behaviors, simply because he is “on our side”? With the same lips that freely deride and debase and mock, he protests against anti-Semitism and praises the Jewish People. Praise is welcome. We appreciate it, and need it. To battle anti-Jewish murderousness is welcome. We appreciate it, and need it. But what do we stand for, this People whom he praises and aims to protect? Is shmiras lalashon some sort of optional commandment?

Is the president “on our side?” Are any of the changes he has implemented or proposed of real benefit? Perhaps they are. Perhaps they are not. The issues are way out of my ballpark, beyond my meager ability to criticize or judge. Even after having lived in Jerusalem since 1976 – through the terrifying intifadas and wars and the incessant daily precariousness – I as a citizen have no idea how any of the proposed changes would actually impact upon the future of the region. And whether or not, in America, it was valid legally, according to the United States Constitution, to impeach this president, or valid legally, according to the Constitution, to acquit him, are as much unknowns to me as the possibility of peace here in Israel. Hatred of the Jew is not a phenomenon that can be squashed or crushed by this or that governmental decree or pronouncement, anywhere. It’s an underlying reality in the fabric of world history, an integral aspect of human life on the planet that emerges and re-emerges in virtually every culture. Esav hates Yaacov.

As he himself predicts, Senator Romney’s popularity as a Republican senator will certainly suffer, now that he’s spoken his mind. And to judge from his record, it would be highly unlikely for him to join – in good conscience – the Democrats’ liberal left. He said jokingly after giving his speech that he would then tear it up, but his demeanor is such that we can be sure he won’t be tearing up anyone else’s.
The only sure thing is that apparently, what’s happening now in America, and in Israel, and around the world, is precisely what history requires at this moment.

It is written in the Torah that death and life are in the power of the tongue. May our hunger for life prevail.

About the Author
Sarah Shapiro is an author and editor whose most recently published books are "Wish I Were Here: Finding My Way in the Promised Land" and "All of Our Lives: An Anthology of Contemporary Jewish Writing."
Related Topics
Related Posts
Comments