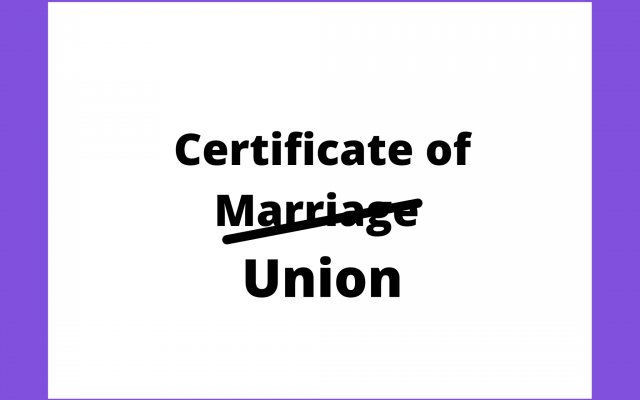 In my opinion, the control the Rabbinate has over marriage and divorce has corrupted Judaism itself and has created many problems.  “Power tends to corrupt, and absolute power corrupts absolutely,” said Sir John Dalberg-Acton. Naftali Bennet’s new budget proposal includes separating ‘synagogue and state’ and I’m all for it. Note – I say synagogue and state and not religion and state. Definitions are part of the problem. However, concerning marriage and divorce, separate is good, if you do it right.

There are a few problems that come with marriages and other matters of personal status being controlled exclusively by the relevant religious authorities (The Chief Rabbinate of Israel and the Rabbinical courts for Jewish couples).

I see it in my family law practice all the time, when I represent clients in the Rabbinic court. I often bring halachically based arguments to prove the rationale for requesting a particular ruling connected to a divorce proceeding. Even though I sight halachic (Jewish law) sources, my requests fall on deaf ears far too often. It appears as if the rabbis choose to ignore the halacha when they want to bring down a judgement that is more in line with their opinion, than Jewish law.

If both parties to a marriage are Jewish the only option for them to get married within Israel is under the auspices of the Rabbinate. If the couple doesn’t get married through their offices, the Israeli Interior Ministry will not register the marriage. This is largely absurd because they can go outside of Israel and get married in another country. Then have their marriage registered in the Interior Ministry, even if the marriage was not done in accordance with Jewish law. Further, for people who are prevented by Jewish law from getting married, there is no structure in place to establish a family that is legally recognized in Israel. Those couples too, must get married outside of Israel and can then register their marriages with the Israeli Interior Ministry.

There is in general a requirement for Jewish couples to get a form of GET (a religious divorce only issued through the Rabbinic court) when they want to end their marriage – even if they got married outside of Israel and in a secular ceremony. In other words, couples who thought they were escaping the Rabbinate by getting married outside of Israel, really aren’t in the event that they get divorced.

Who Can’t Get Married in Israel?

Only a man and woman (Jewish according to halacha) can get legally married here. The following couples cannot:

In 2018, approximately 29,000 Israeli couples chose to get married abroad or had ceremonies completely unconnected to the religious authority in Israel. Jewish couples do it to avoid what many feel are the Rabbinate’s strict requirements. They don’t want to take the mandatory family purity classes. Non-observant Jewish women are uncomfortable going to the mikvah before the wedding. Many couples don’t want to submit the paperwork proving that they’re Jewish. And for a mixed couple who wants a civil marriage certificate, marrying abroad is the only option.

Who Needs a GET?

Couples who cannot legally get married in Israel don’t need a GET from the Rabbinic authorities when they divorced. However they may need to initiate a civil divorce in the Family court, depending on their circumstances.

Some Jewish couples are under the mistaken impression that if their wedding took place outside of Israel, they wouldn’t need a GET if they divorced in the future. This is not the case.

Every married Jewish couple must have a GET when they get divorced, whether they were married in Israel, made Aliyah after marriage or chose to have their wedding in another country. Even if it is a special GET called a GET lechumra which is of a lower standard than a regular GET.

The Consequences of Not Having a GET

A Jewish woman cannot remarry in Israel if she doesn’t have GET. This happens when her husband refuses to give her one. She then becomes an agunah or ‘chained wife’ , and can’t go on with her life.

It happens just as often, that a woman refuses to accept a GET from her husband and he becomes an agun. It’s emotionally just as damaging although much less restrictive in terms of his options.

A woman who did not have a GET and became pregnant by a man other than her husband, would technically give birth to a child considered by Jewish law to be a mamzer. This is a halachic problem beyond the scope of this article. You can get the details here if you would like a better understanding of this issue.

I’ve proposed my solution for solving this problem to both politicians and Rabbis. Some have loved it, some not so much. It is to create an legally recognized arrangement for two people of any race or gender to form an official couple. We won’t call it marriage. We’ll call it a Civil Union.

In its basic form the idea is that any two people who are interested in forming a family unit will have the legal capability of doing so from within the country. It will come with a legal document that attests to the status of the couple as “joined”. They would enjoy all the rights that married couples do. A ‘family rate’ on health insurance and car or liability insurance. Tax breaks. Family subsidies. Social security, pensions and joint ownership. And all the benefits if one of them dies. They would only need to go through a divorce proceeding in the secular Family court to dissolve the marriage.

Jewish couples who got married halachically or out of the country would still have to get divorced in the Rabbinic court. This is to ensure that we are not creating a system that creates mamzerut. Let me rephrase it and say it outright. If a Jewish couple doesn’t care to have a halachically Jewish marriage they would have the same option they currently have in other countries. Conducting their wedding according to the state requirements. Without a ’halachically’ valid marriage they would split up through the secular Family court only. There is no halachic marriage so they don’t need a GET. And if it is not a halachic marriage there may very well be no halachic problem if either of them entered into a new civil union after theirs ended. And a child isn’t a mamzer if his mother was never halachically married.

Separate is Good If You Do it Right

Israel may be an ancient country and home to the Jewish people for millennium, but it’s also a modern state with a majority of its population living a non-orthodox life. Further, it’s a diverse population with all sorts of couples. Gay and lesbian. Russian Olim who are ethnically but not halachically recognized as Jews. Jew and non-Jew. Jew and reform or conservative convert. All of them, people who love each other and want to build lives and families together. They want the state to legally recognize their families. When we separate ‘synagogue and state’ it becomes possible.

Separate is good, if you do it right.