One thing can be said with certitude: Israel’s operations in Gaza are causing Palestinian casualties.  And let’s not kid ourselves: however careful the targeting, however smart the bombs, some of those casualties are – heartbreakingly, but inevitably – uninvolved (and unprotected) civilians.  Including  – horrible as that thought is – innocent children.  Who, in Gaza as opposed to Israel, are not provided with bomb shelters.  And not because building materials were scarce: there were plenty of them – as proven by the number of attack tunnels and well-protected underground rocket bunkers. 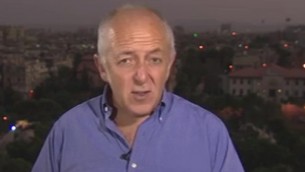 Wall of shame: a lazy and biased ‘journalist’…

Just as certainly, another number is certain to increase: that of Israel’s ‘critics’; who develop a sudden affection for Arab children only on the comparatively rare occasions when those children are victims of Israeli bombs.

BBC’s Middle East editor Jeremy Bowen (who has never particularly bothered to count innocent victims in Libya, Syria, or Iraq) has wasted no time to opine that

“Israel has serious questions to answer”. 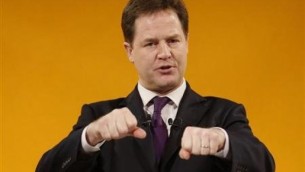 …a politician with an axe to grind…

“I have to say though I really do think now the Israeli response appears to be deliberately disproportionate.  It is amounting now to a disproportionate form of collective punishment.  It is leading to a humanitarian crisis in Gaza, which is just unacceptable.  […] I really would now call on the Israeli government to stop.  They have proved their point. Israeli of course retains the right to react. But you cannot see the humanitarian suffering in Gaza now and the very great number of deaths in Gaza without concluding that there is not much more going to be served in Israel’s own interests …” 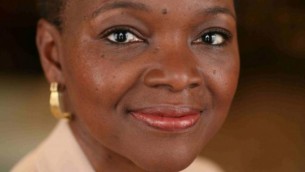 … and a Baroness whose humanitarian concerns are particularly exacerbated by hearing the word ‘Israel’.

As for the ‘United’ Nations Office for the Coordination of Humanitarian Affairs (OCHA), it declared, based “on various sources”, that 77% of Palestinian fatalities are civilians.

Let me first deal with OCHA’s statement: it includes ‘precise’ numbers and is the most obviously stupid.

If indeed more than three quarters of the fatalities are civilians, it follows (to those of us equipped with logic and not too lazy to use it) that the demographic profile of those fatalities should broadly resemble that of Gaza’s general population.

Let us check if that is indeed the case.  Dear ol’ Al-Jazeera has kindly provided me with a full list of fatalities, including names and age.  Al-Jazeera’s source is Hamas, which is why none of the fatalities are listed as Hamas operatives, although a few are described as Islamic Jihad members.  Needless to say, I don’t consider Hamas as a reliable source; but they certainly don’t err in Israel’s favour, do they?  For the profile of Gaza’s population I have used data from the Palestinian Central Bureau of Statistics.

By Saturday morning (July 19), Al-Jazeera had listed 307 Gazan fatalities, 85% of them male.  86% of the total fatalities are above the age of 14.  In fact, more than two thirds of the fatalities are males aged 18 to 60, despite the fact that they represent around 20% of Gaza’s population.

Needless to say, the statistics above are utterly incompatible with the claim that ‘77% of fatalities are civilians’.  In fact, there’s only one way (short of mindless denial) to explain the huge skew towards adult males among the fatalities: the fact that Israel targets (and mostly hits) the terrorists, not the civilian population.

Of course, the fact that Israel is targeting terrorists and has no intention to harm civilians is obvious to anyone with an even cursory knowledge of the country.  For Israel’s haters (who, as usual, appoint themselves as judges, jury and executioners), the mere fact that civilians are harmed constitutes sufficient proof.  But the unpleasant truth is that civilians are always hurt in wars, however, much the desire (and the effort) to avoid harming them.  The real question is: how do Israel’s efforts to spare the lives of uninvolved civilians compare to those of other democratic countries?

The answer is quite obvious if one bothers to look at the data.  I.e., if one is neither a lazy and biased journalist like Bowen, nor a prejudiced politician like Clegg.

Extensive data on civilian fatalities in Iraq are available from an organisation called Iraqi Body Count.  According to it, at least 7,412 Iraqi civilians were killed in the two months of NATO invasion (March and April 2003).  Total fatalities among NATO coalition forces was in the same period 172.

The invasion of Afghanistan also took a couple of months – October and November 2001.  And, according to an extensive database entitled Dossier on Civilian Victims of United States’ Aerial Bombing, it cost the lives of more than 2,000 Afghan civilians.  During the same period, the coalition forces lost 8 soldiers: 7 in various accidents and one from hostile fire.

Well, my name is not Bowen and I do not work for the BBC.  Therefore, I’ve no intention of implying that either USA or UK ‘have some serious questions to answer’.  I’m sure that they did their best to avoid killing innocent civilians.

But there are some people and organisations that do have some very serious questions to answer:

I ask the ‘United’ Nations Office for the Coordination of Humanitarian Affairs: why do you spread what amounts to incendiary libel, with no effort to verify the facts??

I ask Jeremy Bowen: why do you misappropriate my licence fee (which is supposed to pay for quality journalism), and misuse it to promote your political opinions??

I do not ask Nick Clegg anything.  His (neither) Liberal (nor) Democratic party has already produced anti-Semites like Baroness Tonge and David Ward; it is now clear that the fish rots from the head down.