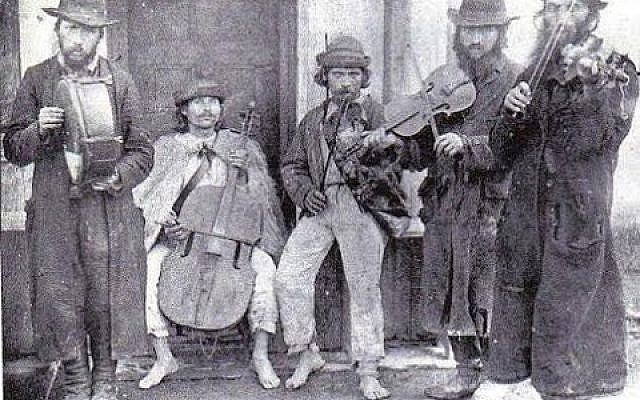 They had accepted the work, not knowing the complex nature of their service, or their crime. The music stands held hundreds of yellowed pages. Here, endless hours of serene music , woven in the confines of their damp pink chamber, were piped into every city elevator, train station and department store. No one knew this. Time and time again, the union of service tried to rebel—but the musicians resisted, knowing that without proper certification, they soon would be forgotten. To “serve” was to survive.

Their schedule: simple. Bread, water and yogurt 7AM. Meatballs at 1. Vegetable soup at 6. They slept for 6, and awoke for 18. 1 was used for “other” purposes determined by the Maestro. Their music: not too loud, not too soft. Not too fast-or slow—not too rousing—and certainly not so calming that it would lull everyone to sleep. Good music was meant to regulate, harmonize, blend in unnoticed, like a clear blue sky on a cheap picture postcard. The arranger was Mantovani-trained, and knew the tricks all too well.

After a week, their bodies were numb, with fingers like chicken nuggets slightly glued to thin rusted phone wires. They became deaf and dumb like sad half-eaten apples, discarded on a path, somewhere by deserted railroad tracks, between the wooden slats, which were never cleaned. No expression. No ups, no downs. Just a countenance exuding an everlasting warm blessed mental fog.

Their sealed chamber was 100 feet below ground. In it, silence as a thick beef gravy, permeated everything. The chamber’s proximity to the intravenous network of city sewers exposed it to streams of noxious fumes, cleared by enormous manual fans, operated 7/24, by non-musical volunteers. Such depth of location was necessary, for if an unsuspecting public actually heard live music emanating from the sewers, they would have surely protested in disbelief. What people thought was recorded was actually live.

And why service? For years, the public had become so dis-enamored with concert going. Beethoven was too intense. They needed stroking: a warm fuzzy blanket of soothing sound.

The light pink walls stimulated illusions of large mythical birds stroking their bellies. Though most residents adapted to these apparitions, knowing full well that it was only a matter time when service gave way to retirement—from time to time, such gross incongruities plagued even the hard-hearted.

But one day it all broke down, for no apparent reason. Strings broke. Reeds cracked. Lips parched. Notes blurred the page. Wires short-circuited. They all cried out in the dark!

Suddenly, up in the real world everything went silent. The peace and calm of the parks was shocked by terror, like the thrust of a large rusty knife into a large over-ripe watermelon.

And then one day, redemption. A gigantic cloud descended from above, raining on the streets. One by one, they emerged. Emaciated, walking ghosts, brittle skeletons held together by small pins and glue. People stood and gasped. The well-kept secret was finally “out”, after 7 years of service providing others’ pleasure, entertaining elevator boys, amusing store girls and pacifying restaurant waiters.

And as they emerged, one by one, holding hands, the crowd’s countenance shined upon them, while they clapped and waved.

And on that very day, the king decreed, that from that time forth, all ambient music would be recorded, and that the “service” would be abolished.

The “survivors” (as they were now called), settled together in a Northern town—playing very little, and using their time (now precious) to walk along the sea, breathing in the fresh air, and imagining endless melodies woven from the chain of bird calls, each one distinct and exquisite—heard in the far distance and not too distant, distance.

While, back in the depths, in the now-silent chambers, weary volunteers packed the music stands, and piping equipment, and put them in proper temperature-controlled short-term, climate-controlled storage, anticipating a change of regime.