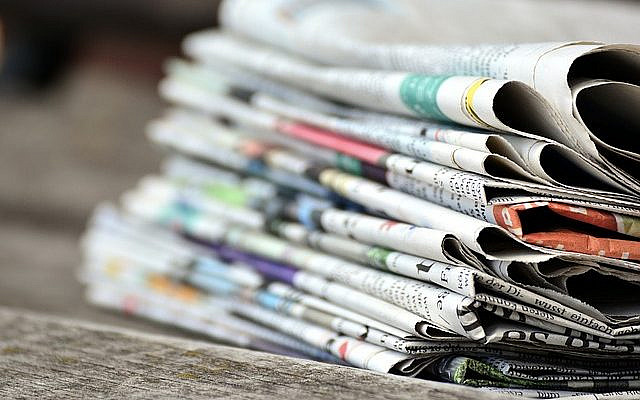 Do alleged suspects tried in the media get their day in court? The Israeli settler movement apparently does not.

Important questions regarding the currently fashionable trial-by-social-and-mainstream-media trend are raised with the outcome of the American Kyle Rittenhouse case whether or not you agree with the verdict. The 18-year-old was found not guilty of the serious charges against him in spite of the character assassination that went on in the media for the year before the verdict came down.

Another example of trial-by-media was showcased by the latest episode on Cold Justice. In this case, rumours had implicated the police in the 2006 murder of a 17-year-old adolescent based on family and community members’ interpretations of facts that all had a basic thread of truth but did not hold together when examined by Kelly and Abby, the professionals brought in to make sense of it all. The unconfirmed suspicions wreaked havoc on all those involved.

This has weighty implications for Israel whereby the settler movement stands accused of horrific crimes against their Arab neighbours in Judea-Samaria without any chance of having their day in court.

I am constantly dismayed to find the articles that regurgitate the Arab and Jewish-leftist narratives of settler violence for each new incident as if these were all the truth and nothing but the truth.

Then, while researching a totally different topic, I found the following statement at the end of an article published in Globes in 2018 when allegations against the prison service in Gilboa Prison were first reported [bold type in the original]:

Presumption of Innocence: The commander and intelligence officer of Gilboa Prison are merely suspects. The decision on whether to prosecute them was transferred to the prosecutor’s office. The legal process is in its initial stage and the presumption of innocence is maintained for them.

Recognition of presumption of innocence should be automatic and uppermost in the minds of journalists, editors, politicians and the general readership. However, we generally see the social and mainstream news media raise allegations as if they were self-evident truths not requiring testing in a court of law. This is most obvious in the past few months regarding accusations of settler violence and characterization of Jews living in Judea and Samaria as if they go out looking for Arabs to assault and harass for entertainment. English beneath the Facebook post.

Shabbat entertainment for settlers. Assaulting farmers during the olive harvest in Turmus Aya, north of Ramallah. Along the way, also burning cars and destroying property. You ask what our excellent boys are doing? Well, they don’t actually turn a blind eye. They are concerned with protecting the rioting settlers. If the Palestinians will dare to protest, they will be arrested immediately. #Nakba

That is social media. Fine. But surely the mainstream news sites do a better job of providing balanced reporting, no? Articles published this month (November 2021) should illustrate that they do not. For example, ynetnews told readers that:

Israel has been using settler violence as a “major informal tool” to drive Palestinians from farming and pasture lands in the West Bank, an Israeli rights group [B’Tselem] said Sunday.

And after describing a number of incidents as reported by B’Tselem and Rabbis for Human Rights in Israel, they concluded the article with this:

Last month, Defense Minister Benny Gantz called on the military to combat rising settler attacks against Palestinians and Israeli troops in the West Bank to react “systematically, aggressively and uncompromisingly” to such behavior.

This would have been the perfect opportunity for ynetnews to have reminded Gantz (and readers) that assigning blame to the Jews for the reported incidents are merely allegations raised by two organizations in Israel that have a particular political agenda — that of getting Israel to pull out of Judea and Samaria as we did from Gaza in 2005. They published these one-sided accusations of so-called settler violence, never raising the possibility that the Arabs involved in the clashes had anything to do with them other than as totally innocent victims. Such reporting serves to promote the anti-Israel agenda by delegitimizing the settlers in the same way that the media painted Rittenhouse a monster.

Times of Israel also published the Gantz quote above, congratulating him, in a way, for such bold rhetoric. They expressed regret, however, that “…no reported crackdown has followed”. In another article, Gantz did say: “There will be no tolerance for terrorism and trouble, by either side,” so perhaps he is trying to be fair or at least give that impression. Other actions he has taken have not shown he cares much to protect the human rights of the Jews living in Judea-Samaria.

The TOI article also describes the same violent incidents as ynetnews (al-Mufaqara, Susya) plus another (Yitzhar) for which they entirely blame Jewish residents of Judea and Samaria. They make no note of open provocation on the part of leftwing Israeli organizations, nor of obvious evidence of premeditation on the part of Arabs who instigate violence, nor of Pallywood — deliberate faking of injuries in order to blame the Jews. This is not to say that Jews are never the instigators of violence, just that to ignore the possibility that the Arabs and their leftwing associates instigate at least some of the violence is to engage in the same kind of media deceit we saw over the year leading up to the Rittenhouse trial in the USA.

In a rare instance, the Jerusalem Post published an article that hinted at some balance. The unfortunately one-sided title (Three Palestinians injured in clashes with settlers in West Bank), however, makes it seem like the Arabs were the victims of the Jews. I also do not understand why Israeli news sites insist on referring to Judea-Samaria with the Jordanian occupation name, the West Bank. Yet, the article did begin with:

Palestinians and settlers clashed at the site of the former West Bank Homesh settlement on Monday, in an incident that left three Palestinians injured.

This was a nice attempt at balance, but when you click on the link text “settlers” in that first sentence it brings you to an article entitled: “Israeli settlers push Palestinians out of West Bank playground” and that is apparently not what happened, at least not necessarily. The alternative explanation is that Arabs from the illegal outpost between Susya and the archaeological site made their way toward the Jewish settlement. Intending to prevent the Arabs from entering their community, the Jews came out to confront them and the point of contact was at the newly constructed playground. B’Tselem activist Basel Adra uploaded a video that he says demonstrates settler violence; however, the video actually shows nothing of the kind, as described in an article debunking this claim.

The Hebrew press is no different. The leftwing news outlet, Haaretz, can be expected to join the anti-Israeli anti-settler reporting of events, but even Maariv reporting included only the version told by B’Tselem’s Basel Adra.

It is one thing when organizations upload to their social media accounts their versions of events in order to promote their own agendas. It is another thing for mainstream media to publish articles that use these accounts without the qualifier that an investigation is pending and if not pending, is warranted. Each and every article such as these should be concluded the way the Globes article referred to above was concluded — stating in bold font that there is a presumption of innocence until after the details will have become clear through an investigation. Until then, the accusations are merely allegations and not fact.

The way it stands, the entire settlement movement stands accused of horrific crimes. Character assassination is being committed against an entire group of people. And they will not be given their day in court to defend their reputation.

Even if the media forgets to remind readers about the presumption of innocence until proven otherwise, our political leaders should make it clear that they accept the most fundamental of human rights in a civil society. Let them memorize the statement and repeat it every time unsubstantiated accusations are pronounced in the media:

These are serious allegations and the proper response to them will be determined after a thorough investigation. There is a presumption of innocence until the conclusion of examination of all the facts.

That’s not too hard, is it?