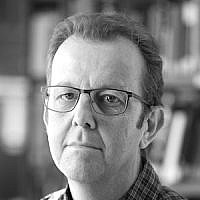 The Blogs
Doron Bar
Apply for a Blog
Please note that the posts on The Blogs are contributed by third parties. The opinions, facts and any media content in them are presented solely by the authors, and neither The Times of Israel nor its partners assume any responsibility for them. Please contact us in case of abuse. In case of abuse,
Report this post. 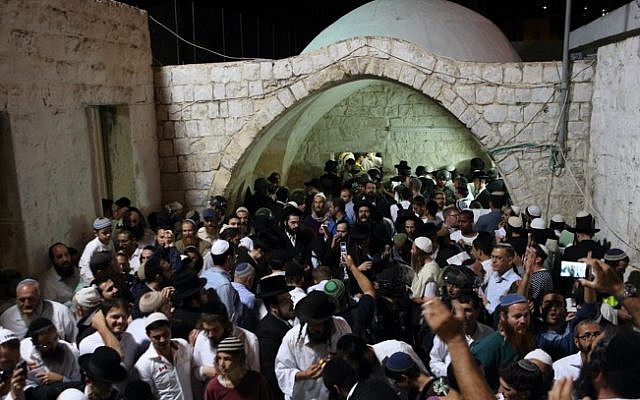 Illustrative: Hundreds of ultra Orthodox Jewish men pray near the compound of Joseph's Tomb in the West Bank city of Nablus early on June 10, 2013. (Yaakov Naumi/Flash90/File)

In recent months, the separation of men and women at the Western Wall has attracted the attention of the Israeli public. The cancellation of the Kotel Agreement, the negotiated compromise that would have allocated space for a separate prayer area in which the two sexes could pray together, highlights once again the question of why there is a partition at that site. Yet, no one, not even the rabbi of the Western Wall, can explain the benefit or importance of this forced separation of the sexes, not even after it led to female journalists needing to stand on chairs to see US Vice President Michael Pence pray at the Wall during his recent visit.

Before the establishment of the modern state of Israel, men and women prayed together at the Tomb of Rabbi Shimon Bar Yochai in Meron, the tomb of Rabbi Meir Baal HaNes in Tiberias and Rachel’s Tomb outside Bethlehem. After the establishment of the state, male and female pilgrims to sites such as Elijah’s Cave in Haifa and David’s Tomb in Jerusalem continued to pray side by side. The Middle Eastern and North African immigrants who began to make mass pilgrimages to those sites did so as families, without any division between the sexes. And immediately after the Six Day War, Jews returned to the holy sites that had been behind enemy lines for the preceding 19 years, with no gender separation at the Cave of the Patriarchs in Hebron, the Tomb of Samuel the Prophet just north of Jerusalem, the Tomb of Simeon the Just in Jerusalem, or Joseph’s Tomb in Nablus.

The partition that separates the two sexes at the Western Wall was first implemented in July of 1967, a few weeks after the end of the Six Day War. The original partition was constructed from temporary police barricades, and they were later replaced by a permanent, taller barrier. The rationale given by the then-minister for religious affairs for the separation at the Wall included the claim that a comparable partition existed at the time of the Temple — an argument that is not historically accurate. Over the years since, the existence of this partition served as a dangerous precedent, influencing other Jewish holy sites throughout Israel, to the extent that, today, there is complete separation of the genders at those sites.

The religious establishment began to separate women from men at the Cave of the Patriarchs and Rachel’s Tomb, and, starting in the 1990s, the approach spread to all Jewish holy sites. Several years ago, a partition between men and women was set up at David’s Tomb on Mt. Zion. Similar partitions have been set up at the graves of Rabbi Meir Baal HaNes and Rabbi Shimon Bar Yochai, as well as the tombs of many other saintly figures, which have become increasingly popular in recent years. At the Tomb of Yonatan Ben Uziel in Amuka, the cave of Honi the Circle-Maker in Hatzor HaGlilit, the grave of the Rabbi of Zvhil in the Sheikh Badr cemetery, and many other holy sites, men and women are separated by ugly partitions, staircases, and gates. Individuals who wish to pray together with relatives of the opposite sex — husband and wife, mother and son, father and daughter — are unable to do so. To add insult to injury, at all of those sites, the area allocated for women is much smaller than that allocated for men.

This state of affairs is without historical precedent and is part of a growing phenomenon of extremist groups exerting control over holy sites and imposing customs that are discriminatory against women — customs that were never the local practice. This is also a case of Ashkenazi customs overruling Mizrahi customs. Historical analysis of the prayer customs of Mizrahi Jews reveals a tradition of family-focused practices; historically, the custom of men and women going together to the tombs of saintly individuals on the anniversaries of their respective deaths was widely accepted. In recent years, this practice has shifted — it is one more area in which religious extremism has left its mark.

There will be those who argue that male and female worshipers want to pray separately at these sites. However, I believe that most would prefer to pray at these sites together with their loved ones and enjoy a more powerful spiritual experience. The Western Wall and the other Jewish holy sites are not synagogues and there is no real reason for gender segregation at these sites.

Prof. Doron Bar is the president of the Schechter Institute for Jewish Studies, a lecturer in the field of Land of Israel and Jerusalem Studies, and a historical geographer who specializes in the study of the development of popular and national holy sites in Israel.

About the Author
Prof. Doron Bar is the president of the Schechter Institute for Jewish Studies, a lecturer in the field of Land of Israel and Jerusalem Studies, and a historical geographer who specializes in the study of the development of popular and national holy sites in Israel.
Related Topics
Related Posts
Comments
Advertisement