Fascinatingly, the first mitzvah, the Jewish people have received as a people is the Mitzvah of the Jewish calendar. “The Lord spoke to Moses and to Aaron in the land of Egypt, saying, This month shall be to you the head of the months; to you, it shall be the first of the months of the year. (Exodus 12) Even in the land of Egypt, even before we were free, God gave us the commandment of having our own Jewish calendar. So important is this aspect of our becoming a nation that the Shabbat before the Jewish month of Nissan begins is called “Shabbat HaChodesh,” in which we ceremoniously read the above section from the Torah, introducing the new month of Nissan to Moses. The centrality of this Mitzvah is very hard to understanding until learning about calendars during the Holocaust.

While there are several calendars brilliantly and bravely created during the Holocaust, one that caught my heart and eye recently was rich in color and personalization. The homemade calendar was created by Nico Louis Herschel for his four-month-old son, Tsewie (Tzvi). As the Nazis took over Amsterdam, Nico decided to hide his son with a Protestant family. Knowing he may not meet his son ever again, Nico sat down and drew a calendar for his son. It was not a regular calendar. It had dates in years ahead when his child will become four years old, begin to play sports, get married, and have a child of his own. 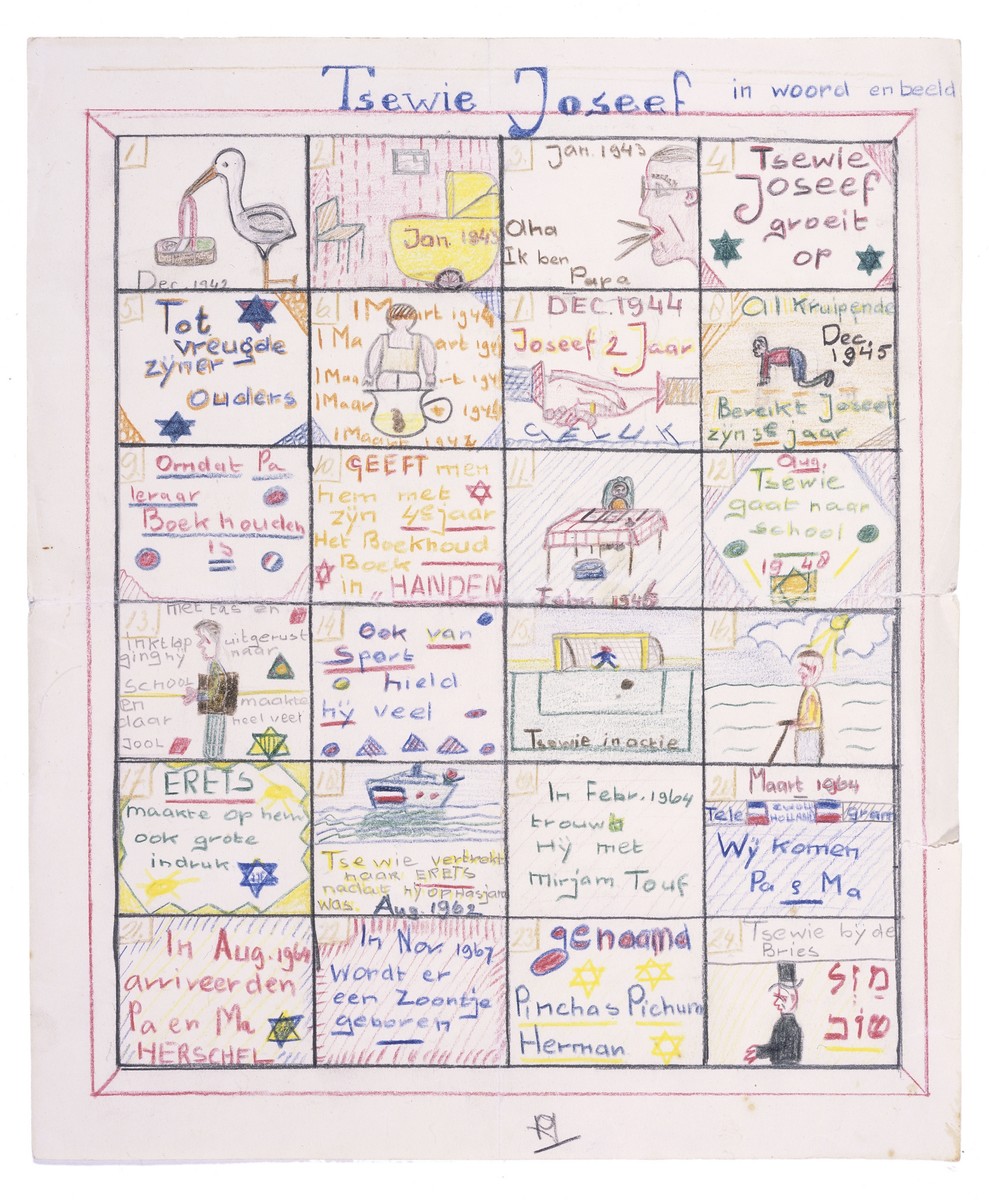 One can just imagine Nico, a young father, 27 years old, sitting in his small apartment, knowing that while it may all be over for him, there is hope for his son. Putting his own fears aside, the father projects for his son a future that is bright, colorful—and Jewish. While Nico was killed in the Sobibor, his son indeed survived and moved to Israel. This calendar and so many more, during the Holocaust, were created in the darkest of times, marking the brightest of thoughts. In the depths of the darkness, the Jewish calendar showed spiritual redemption and independence. 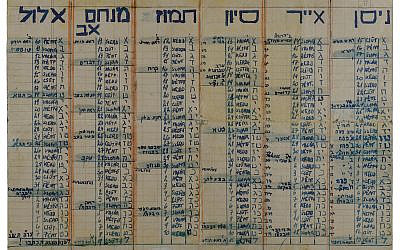 When God tells Moses to create a calendar for the children of Israel, God is effectively letting Moses know the Jewish people are free. One who is a master of their own time is a free person. Slavery is marked by an irrelevance of time; you can plan all you want, someone else decides for you. As God seeks to bring us out of Egypt, we are notified that we are masters of our own time. Unlike any calendar, Solar or Lunar, the Jewish calendar is mastered by humans. As the rabbis teach “HaChodesh Hazeh Lachem,” this month is to you; you decide when it begins. Like no other religion or culture, in Judaism, the Jewish court—Beit Din—decide with the month will begin and which year will be a leap year. It is this independence that inspired Jews, even in the most dire of conditions, to remember that no one can ever subdue their spirit. We are masters of our own time. Even in the darkness of night in Amsterdam or in the cold of the winter in Auschwitz, Jews prepared a calendar of our own—masters to our own time.
As we mark Shabbat HaChodesh, let us remember being endowed over our own time was the first step of being endowed over our own destiny. As we mark the month of our freedom from slavery in Egypt and inauguration as a nation, let us sanctify the time in our own lives, remember those whose lives were cut short during the Holocaust, and make sure we always rise above even the most difficult of times through our connection to God and who we are. Shabbat Shalom.