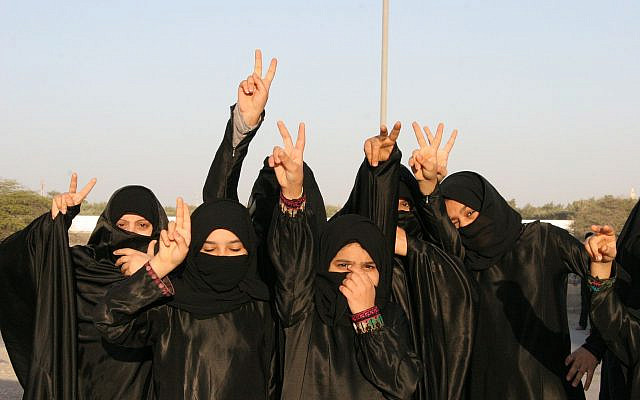 Speaking to the UK media this week, Britain’s most infamous jihadi bride, and allegedly ‘reformed’ Terror’s sympathizer called on her fellow Brits to let her back in on compassionate grounds, arguing she never hated the UK.

“I didn’t hate Britain, I hated my life really,” she tells her interviewer. “I felt very constricted, and I felt I couldn’t live the life that I wanted in the UK as a British woman.”

Shamima Begum, who left the UK at the age of 15 to join ISIS in Syria now claims her youth, naivety and altogether lack of foresight led her to stray into the arms of Islamic radicals, knowing not, she was in fact joining “a death cult.”

To drive her message home, a hijab-free, abaya-free Shamima (now 22 years-old) argues she has found her true calling: helping the UK and PM Boris Johnson fight the evil that is terrorism on account we all have done a poor job of it.

Indeed … if people such as Shamima still feel they can play the system – and by that I mean those western values she was only too keen to reject, make a mockery of and actively seek to destroy so that ISIS black flag could fly over all, we ought to think long and hard about how exactly we got here, and what to do from here on out.

And where is here exactly?

I would argue limbo. Socially, politically and legally we lack the semantics, the tools and structure to adequately address the pernicious effects Terror and Terror’s ideology have had on our communities. Groups such as ISIS, Hamas, Al Qaeda, the Taliban are playing dangerous mind-games, forcing us to engage within their dynamics. And though we overwhelmingly hold the military advantage, it is rather clear that Terror is fast learning to drive aggressive multilateral PR campaigns, putting us on the back foot.

Allow me to elaborate. So far we have driven reactionary policies against Terror –  neglecting to develop a construct which would challenge the ideology underpinning it.

Terror’s most immediate danger lies not in the arms which hold it together but the minds which give it agency – whether directly or indirectly. How often have we heard well-to-do activists, politicians and analysts plead for tolerance or decry alleged human right violations, thus giving credence to the very narrative of victimhood Islamic radicals toy with to rally support?

To this very day, intellectuals argue that it is our conflation of Islam, a world religion with Islamic radicalism which is muddying the waters and fanning the flames of intolerance, thus putting the onus on us to end the cycle of hate.

But would it not be more accurate to demand instead that Islam repudiates the language of Terror its texts hold and its preachers profess? English defamation law puts the burden of proof on the defendant, and does not require the plaintiff to prove falsehood. Maybe there is something to be learnt there.

But back to Shamima …

Now in Al Roj camp in Syria, a camp which houses many of ISIS fighters’ families, Shamima appears a poster-child for western values. Pinked-nail Shamima is a whole new person … no longer the ideal Islamic mother and wife hiding behind layers of fabric to protect her modesty and shield her from lustful eyes, she now is the ‘chick next door’ – the girl you must of course forgive for her past transgressions … after all, was it not Jesus who implored his Father to “Forgive them as they know not what they are doing.”

Ms. Begum is playing right into what she knows to be the West’s greatest flaw … or strength, depending on how one chooses to look at it – our ability and desire to forgive out of compassion.

Our legal system, however imperfect, is centered around the concept of reformation, that people can change and should be given a second chance. But that cannot and should not apply to terrorism.

An act so intrinsically heinous that it sits in negation of all human values, Terror exists outside Society. As such, it should be treated outside what we consider to be the ‘norm.’ Let me take you back to the creation of Guantanamo Bay. And no, I’m not making a case for the penitentiary. On all accounts it failed to serve its initial purpose and most definitely served no one but Terror itself by feeding its anti-western narrative.

Guantanamo was initially thought of as a space outside America’s legal system so that Islamic radicals could be dealt with under rules and regulations designed to contain them and the ideology which motivates them.

Early on America knew that Terror could not have its day in a court of law, for it would mean offering rights and privileges to the very men and women whose ambition it was to tear down our legal system, our values, our desire to build a society freed from bias and prejudices.

Under ISIS, not all men are equal. Under ISIS mercy comes by way of a swift death. For those communities ISIS deems heretical, there has been no compassion offered, only murder and rape … in whichever order its legions have seen fit. The proud bearers of God’s Commandments, ISIS has mocked our values; time and time again calling from its pulpits for our annihilation.

Why should we then offer the comfort and trappings of our civilization now that they find themselves on the losing end of that war?

Ms Begum played and Ms Begum lost. She claims: “The reason I came to Syria was not for violent reasons … At the time I did not know it was a death cult, I thought it was an Islamic community I was joining.”

But I recall a time when Miss Lady Terror was rather adamant ISIS was justified in its attacks against the West – mainly the Manchester bombing. Reformed Shamima now argues she did not realize at the time that women and children were among the dead.

Hypocrisy aside, I’d like very much for Ms. Begum to admit that women and children or not, any and all attacks on civilian populations cannot be justified, never mind rationalized under an ideology which claims victimhood to act out its bloodlust.

Stripped of her British citizenship by then Home Secretary Sajid Javid in February 2021, Shamima wants now to come home. What this former thrice jihadi bride needs to comes to term with is that if indeed citizenship is an inalienable right, her support of Terror mooted her status as a person, and thus her claim to be granted privileges.

Society dictates that we all play by certain rules, that we shoulder certain responsibilities in order to demand our rights to be upheld and defended. Ms Begum lost such rights the second she flew out of Heathrow, started sowing suicide-vests onto ISIS volunteer martyrs, and acted a member of the Moral Police, gun in hand, to enforce a radical psychotic sense of morality onto women.

Veiled or not, nail polish or not, Shamima does not deserve the mercy and compassion she refused to so many. Millions have suffered under Terror’s blade, it is time for her to pay the piper … she danced to his tune to long for any of us to believe that her remorse is not motivated by the realization that she bet on the wrong horse.