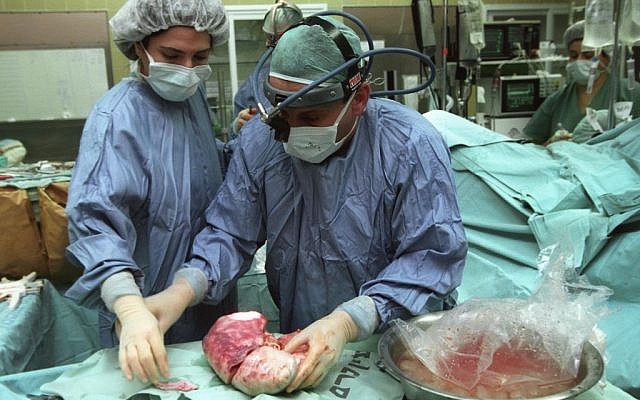 Have you ever undergone a CT at one hospital but been told that it must be repeated at another?

Fortunately, this is not as common as it used to be, due to improved tools for extracting imaging studies from one medium and transferring them to the local archiving system in the hospital that the patient is presently visiting. This archiving system, which captures, stores and distributes x-rays, CTs, MRIs, angiography videos and more, is called a PACS system [Picture Archive and Communication System].

The obvious question is if it is possible to transfer digital versions of imaging studies from one location to another, why would they ever need to be repeated? The answer is technical and administrative. Firstly, it may be that the quality of the study done in another institution is not sufficiently high for the present hospital to evaluate. It could be that the previous institution did not CT the entire area in question or that the “slices” were too far apart. In such a case, the local radiologists will advise repeating the study according to the present hospital’s protocols. There are also cases where the radiologist may not feel comfortable reviewing a CT or any other imaging study, done by a different group of technicians from another medical service. While the CT may appear okay, there may be subtle differences related to the technical way in which the imaging study was done. As such, the local radiologist does not feel confident about the film and will refuse to review it and write a report. Another reason, which does seem quite unnecessary, is that loading films from a CD may cause problems with the way the local PACs system numbers the study and associates it with the patient. In Israel, we have the tremendous advantage of having a unique identifier assigned to every citizen from birth. Using this identifier, one could go to any institution [medical and nonmedical] and collect all the information on a given person. In the United States, there is no perfect equivalent for the Israeli ID number. As such, it is unreliable to assume that the same internal ID number at one hospital applies to the same patient as the same ID number at another hospital. This can be so problematic as to make it simpler to redo the imaging study in the local institution, rather than try to migrate images over from a CD printed at another institution.

It is already clear how problematic sharing medical information can be. But further issues do arise. Many medical institutions may use relatively unique sets of codes for specifying the same clinical issues. For example, the diagnosis of pneumonia in one institution could be given a code that is different from another institution. There are standard coding schemes that have been widely accepted across the medical world. For example, specifically with identifying diagnoses, there is a coding system called ICD-9. One would think that everyone would adapt this single coding system and eliminate problems with sharing data. Of late, an updated diagnosis coding system has been distributed, appropriately called ICD-10. It may be that one institution is still using the older system versus another institution that has already upgraded to ICD-10. Neither institution is acting inappropriately or unprofessionally. Nevertheless, sharing data amongst these institutions would again be very difficult. There are coding schemes for medications and procedures and other parts of the clinical experience. Once again, these coding systems are by no means universal amongst all medical services.

Does that mean that it is impossible for hospitals to share information? No. But it does mean that all of the various medical services would have to adapt a further coding system that is universal. There is a coding system called HL7 which is intended to provide a truly universal means of sharing information amongst various systems. Many EMR’s do have an option for exporting at least certain information in HL7 format. And these same EMR’s have an option for importing information in the same format. This format is not limited to software. There are many medical devices [like a CBC machine] that can export their information in HL7. If such a format were truly to become the “Esperanto” of the medical world, it would solve many technical issues related to sharing information. I strongly suspect that we will get to a point where information will flow seamlessly between totally different systems. As a final note on this issue, I should mention that some companies still resist sharing information because they are concerned that it will undermine their competitive advantage [i.e., a patient could easily move to another hospital or medical service with all of their data]. This does sound very cynical but it is a consideration for some medical services.

Another issue related to sharing medical information has to do with securing the transfer of information between sites. There is a tremendous amount of concern around the possible leakage of personal medical information out into the public. I discussed this issue in my first blog post. Interestingly, patients seem to be becoming more comfortable with sharing information, even when they are aware of the potential risk of a breach in privacy. In the following article, some very important statistics about mobile medical services are quoted.

Although this article focused on smart phone users, it is still very valid as most people make use of medical services via their smart phones, either exclusively or in addition to their desktops. The key point is that people have clearly come to accept that the benefits of access to medical services outweigh risks of data breaches. As I have noted in the past, this is an equivalent evolution of thought to that of online banking. With online banking, there was also the initial concern that people would never trust the Internet to share their financial information with their banks. Despite the ease with which credit card information can be forged and the frequency with which financial information has been breached, people continue to use online banking and credit cards. The human psyche is incredibly effective at adapting to risk, especially when there is a benefit involved. I imagine that within the next decade, very few people and professionals will even raise the issue of security in terms of medical information. Everyone will simply trust that the best is being done to secure this information.

Sharing medical information is foundational to many health-related mobile applications. While it is very nice to collect information about your heart rate and even ECG using mobile devices, this information would lack a great deal of interest if it were trapped on your cell phone. Most users expect to have this type of information sent to the cloud, so that they can view it at home on their desktop computer and share it with others, as they see fit. In my next blog, I will discuss some of the issues with sharing medical information generated by mobile applications.