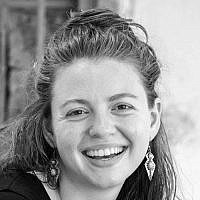 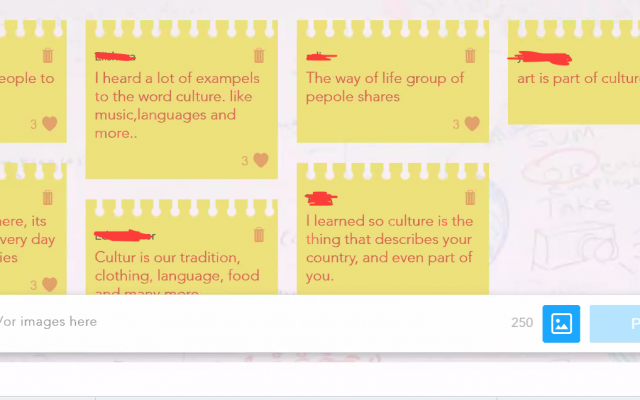 Students in the Shared Learning Initiative at The Abraham Initiatives using a padlet to answer the questions: what is culture?

Across Israel proper, Jews and Arabs often have limited interaction with one another and attend separate educational systems. This divide contributes to negative stereotypes and prejudices within society. Furthermore, Arab students bear the burden of having smaller budgets for infrastructure, teachers, textbooks, and more. There are various attempts to create avenues for more equitable and inclusive education; however, many fall short and are unable to create a satisfying culture of learning within both Jewish and Arab communities.

Within certain niches of society, there are joint learning initiatives between Arabs and Jews through grassroots organisations and non-profits to mend this divide. I have had the privilege of participating in such initiatives. For example, I grew up in the Kids4Peace community and later worked with the Kids4Peace youth movement, experiencing and witnessing Jewish, Muslim, and Christian youth gather for dialogue in Jerusalem and in the USA. Currently, as part of my work as a Yahel Social Change Fellow, I run an English language learning program at a high school in Lod/Lyd that serves both Jewish and Arab students. Through the Yahel Program, I also intern at The Abraham Initiatives, where I recently participated in their Shared Learning Initiative that brings Jewish and Arab schools together to collaboratively teach students English and foster conversations in the deeply divided education sector. Through these and similar experiences, I have learned about the strengths and weaknesses of dialogue within formal and informal educational systems.

The high school where I work is primarily Jewish and Hebrew speaking, but also hosts Arab students. The high school is located fairly centrally in Lod/Lyd, which is considered a mixed city of Arabs and Jews. While the school is not intentionally a shared learning space, it acts as such by default which creates an evident power imbalance. This struggle for representation is found in both the classroom spaces and within the curricula itself. For example, the school is not bilingual like Yad B’Yad (Hand in Hand School); and therefore, expects Arab students who attend to speak in Hebrew and learn amongst a majority of Jewish students. The state curriculum offers a Jewish (Ashkenazi) focus, which focuses on the first waves of immigration and the Holocaust. For example, when I asked students if the Nakba was part of their history class there was a resounding “no”, while some students even went so far as to tell me they “don’t believe in it”. The lack of multiple narratives within the curriculum demonstrates missed opportunities to discuss different histories. However, I do see great potential in this space to create open dialogue with students who attend the school by training educators with cultural competency skills to hold dialogue and activities with the goal of expanding youths’ knowledge.

In contrast, Kids4Peace did not shy away from topics of the Nakba, checkpoints and cultural/religious similarities and differences. Barriers to equity were often discussed and youth shed light on them through neighbourhood tours, dialogue sessions, and other activities. Kids4Peace used the three dominant languages of the community, English, Hebrew and Arabic to ensure each youth felt heard and able to share. Kids4Peace reached people through community; however, this posed challenges because students and families were deterred from joining due to social reasons that stigmatize these types of communities. For example, racism and Islamophobia deterred students from joining along with pressure from peers who frown upon these groups. For other students, fears surrounding normalization lessened some youths’ desires to join the program.

I attended two Shared Learning sessions in both Ramle and Haifa / Jadaiada Maker. The key focus of the program is English language study, which offers a common ground where everyone is speaking outside of their mother-tongue. In the program, co-teachers plan lessons encouraging students to discuss different topics together. In Ramle, the students discussed the topic of “equal,” while in Haifa / Jdaiada Maker students discussed “culture” and its meaning. While pre-Corona the schools would meet in person, today the teachers continue with virtual methods via Zoom and use modalities like “nearpod”, “Flocabulary”, WhatsApp groups, Padlets, and word maps to engage students. The dedication of the teachers indicated a passion for dialogue and shared learning opportunities for their students.

While the teachers were engaged and collaborating with one another, some students struggled through the lesson on Zoom. As many of us know too well, there are many distractions that challenge us to be fully present in a virtual space while learning and working from home. These students are no different, which impacts their abilities to create meaningful connections with other students. Despite these challenges, the teachers and students are learning to engage with one another and develop understandings of commonalities and differences. Some students even reported feeling safer when they participated virtually.

I have had the privilege of participating in various spaces that promote youth dialogue, which has enabled me to critically reflect on the structures of peace-building and shared society. I have had the opportunity to question these concepts, along with the implicit and explicit power dynamics at play, in hopes of creating a more equitable society.  Each of the spaces I have had the privilege of working in have offered me a different lesson. For example, Kids4Peace did not shy away from the hard topics of citizenship, checkpoints and other various aspects of the conflict. The school I currently work at holds potential for public schools to become a space that can include both Jews and Arabs. Lastly, the Shared Learning Initiative proposes an alternative to the current status-quo of a divided education sector and introduces shared values for students to grapple with together. While each of the three programs I described have different intentions and goals, they each offer a model of engagement which can inform our work to challenge and redefine the current ways in which youth learn together.