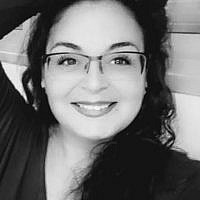 The Blogs
Ruth Hametz
Apply for a Blog
Please note that the posts on The Blogs are contributed by third parties. The opinions, facts and any media content in them are presented solely by the authors, and neither The Times of Israel nor its partners assume any responsibility for them. Please contact us in case of abuse. In case of abuse,
Report this post.

Before the title provokes errant thoughts, just know, we are not polygamists. Although, after watching a few episodes of the “Big Love” series I can admit that having some sister wives could be extremely helpful; that said, it’s not our thing.  We are a happily married couple; almost 20 years in fact.  Still though, I am not exaggerating when I say that I “share” him, and no, I don’t mean with our six children. I put up a fight for a bit, but now I’ve come to terms with it. I don’t love it. Frankly, at times I hate it, but if I’m going to share him, then it may as well be for a good cause; okay fine, a great cause. 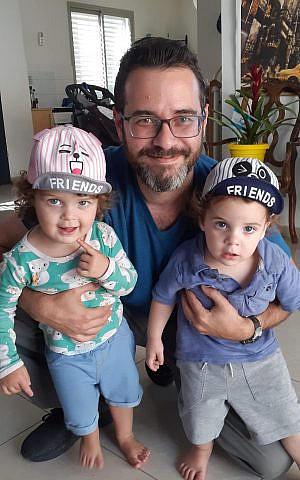 My husband with our twins, the youngest of our six children. (Ruth Hametz)

It all began about three years ago. A couple of months after the birth of my twins, I caught a nasty virus. I had fever, coughing and weakness. Nevertheless, being a mother of six means the show must go on. Nursing my infant twins a kajillion times a day didn’t make it easier on my body to kick the virus holding me hostage. Somewhere around the fifth day, I woke up feeling extremely weak. I was in pain all over. I figured I’d walk the kids to school and get back home to try and take a nap with the twins to regain some strength. I gathered my big girls, put one of the twins on my chest in a wrap and the other in the stroller. If we took the shortcut through a little path behind our building, the school was only about two blocks away. As we approached the end of the path, I felt a cold chill go through my skin. My vision went white, and a tidal wave of dizziness came over me. As my chest tightened, my lungs felt as if they were filling with air- it felt strangely suffocating. My legs started going limp, I called to my daughter who was a few steps ahead, “Pearl! Take the baby! I can’t hold myself up!”. She ran over quickly with Mia and Camille at her side. She pulled Mateo out of the carrier as I collapsed to the ground. Ally slept soundly in the stroller. I reached into my pocket and took out my phone. My first thought was to call my husband, “Ian, I feel like I’m dying”. He quickly asks, “What Ruth!?! Why!? What’s wrong???”. I get the words out, “I don’t know, I can’t breathe, I can’t walk…my chest hurts… I love you… I’m scared”.  And I truly was scared, I had never felt that weak before. He remained calm for me, “Ruth, call the ambulance now, answer their questions, I’m on my way back, I love you”. I called the ambulance and proceeded to crawl to the front of my building, this way, if I lost consciousness the paramedics could find me easily. My kids followed me to the curb like little ducklings as we waited for help, and I prayed they would arrive quickly.

A volunteer Hatzalah medic happened to be close by when he heard the dispatch, and came to offer assistance before the ambulance arrived. He parked his motorcycle, quickly came over, started taking my vitals while asking me some questions. I can’t clearly recall the questions he asked me but what I do remember was the sense of relief; my fear dropped tremendously just knowing someone was there to help. He was confident and kind, and it meant so much to me. I imagine, like myself, most people avoid calling an ambulance and when you finally do it’s only because it is the only option.

To sum it up, I was hospitalized for a couple days. I was very dehydrated and weak. After many blood tests, the doctors concluded that it was an unknown virus and it took me days to heal even after I returned home. It turns out, I needed a friggin break. So Gd gave me a forced vacation.

Here is the kicker and also how I came to start sharing my husband. At some point, I had explained to my husband how the first responder had made a world of difference in a very scary event. Little did I know, this appreciation somehow calculated into my husband deciding to join Hatzalah, to pay it forward as he says. He had already been volunteering for the police for a number of years but I think he felt he could be of more service in Hatzalah.

My husband is a brilliant man with a brilliant heart. He works in high-tech now but he has mastered so many skills in his 40 years of life. He is a knowledge junky. He speaks English, Spanish and Hebrew fluently and is in the process of adding Arabic to that list. He was a project manager for a construction company for many years. He is a welder, skilled plumber, and a strong wood worker. He was licensed as an EMT in New York so the transition to Hatzalah came easily for him. Basically, during an apocalypse this guy would be the one to stick with (and he’s all mine). And finally, he possesses a strong sense of community which was inherited from his parents, who are true examples. 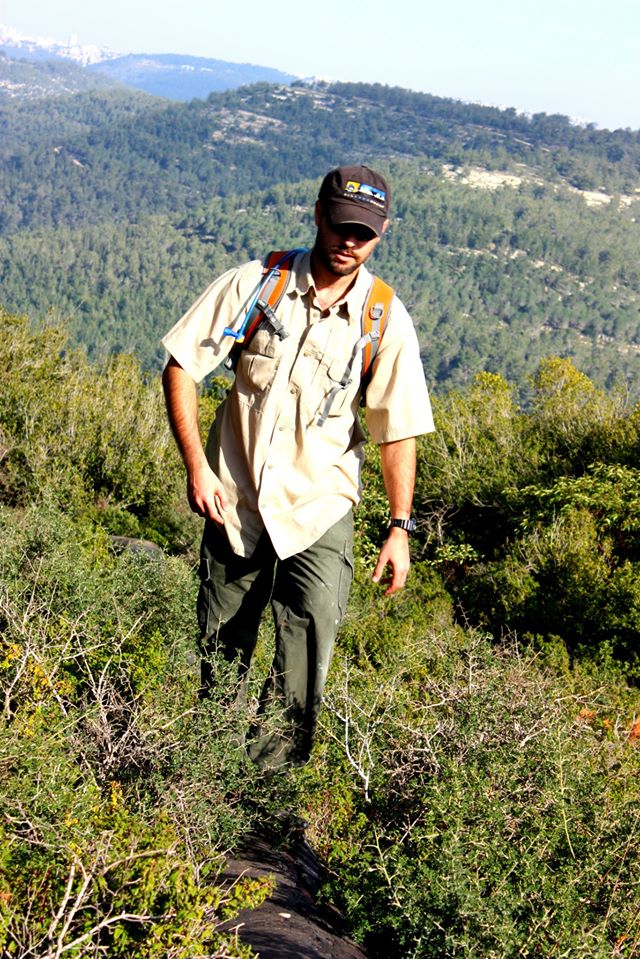 The guy to stick around with during an apocalypse. (Ruth Hametz)

Why the CV you ask? Well, I am trying to illustrate that he was built for this. He loves to help people, he works very well under pressure, and he doesn’t mind the adrenaline boost either. But for me, it isn’t as easy. Truthfully I didn’t realize how much of an effect it would have on our family.

Do I recognize how many people he has helped? Yes.

Still though, I struggle with it. I wish I could say that when he receives a call, that I send him off with a big smile, a back pat, and a ‘getter done’. But that would be a lie. He volunteers so often sometimes; so with some shame I admit, at times I will roll my eyes or just sigh heavily as he runs out the door. It did help me a bit to hear from others whose husbands volunteer that they struggle with it as well.

My husband works 50+ hours a week and he is a father of six. He is the technical coordinator for Hatzalah in our area. He is a conan Shabbat almost weekly. He has run out to answer emergency calls during Shabbat meals, Rosh Hashanah meals, date nights, story times and visits with friends.

So far I have only spoken of the time he spends volunteering. There are other costs as well.

Whether he admits it or not, there are also the emotional effects that first responders haul around after enough experience. The calls differ from broken limbs, women in labor, asthma attacks, diabetic shock, and sometimes cardiac arrests. But now and then, the cries for help are from someone that can’t be helped, or from a person who has caused self harm. From time to time there are stabbing victims or people suffering from manic episodes.

Moreover, ever since Covid-19 reared its ugly crown there have been more and more suicide calls or attempted at the least.  I’ve recently asked him not to tell me if those types of calls come in; it is simply too heavy for me. It truly brings to life how much people are suffering during these corona times and it weighs heavily on my soul. When the outcome of his responses is positive the wins are huge, and he walks on clouds. But the losses are harder; he hides it, but it’s still there. I see it most in his eyes when the trauma involves children. The stories stick with me even though I am never present. It is hard for me to believe that these experiences aren’t sorely embedded in those who have actually been involved first hand.

Almost every time his radio comes to life, it startles me and the sound triggers unexpected reactions. I stop, listen and wait. I wonder, ‘What happened? Is he leaving again? Will the person be alright?’. Aside from pride, there is frustration as well. Sometimes, right as he is about to lend a hand with the kids he has to run out on a call. I also worry that he is missing out on important moments when we are spending time together as a family. The kids are very proud of him, but they are still sad to see him leave our Shabbat meals. Additionally, during the height of the first wave, they cried at times because they worried he would be exposed to a Corona patient without realizing it. He reassured us how they are protected with gear and protocol, and that we shouldn’t worry, so we tried not to.

All the above brings me to the present. Despite the fact that I’ve just spent all this time bemoaning being the wife of a volunteer here is where I break out the chutzpah – It’s your turn to share your spouse/partner or yourself for that matter in the world of volunteering. It’s important now more than ever. In this time of civil instability, epidemics and all things crazy, we have to find a piece of ourselves to give to our fellow humans. Whether it is sharing your spouse for the greater good, sharing a meal with one less fortunate, or even lending an ear (as long as it’s six feet away of course) to someone going through a hard time, now is the time.

It is not always simple; we are all busy, we are all tired, but the benefits will ripple.

Thank you to the medic who stopped to help me when I needed it. I’m also going to take it a step further and thank the spouses and partners who stand back and share their significant others during times when we wish they could stay with us. Thank you to all those volunteers out there who use a piece of themselves for others. And finally, I want to end by saying thank you to my dear husband for your selflessness, even when I don’t make it easy on you. We need you all more than you know. Keep up the good work, God bless and ‘Getter done’. 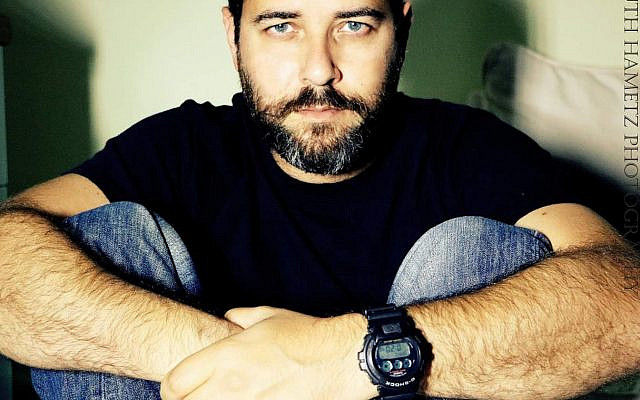 My husband, my hero. (Ruth Hametz)
About the Author
Ruth Hametz is a 'Jackie of many trades'. She is a proud Jewess, a devoted wife and a loving mother of six beautiful children. When she is not cooking, cleaning, or running after her twin toddlers she is a photographer, a writer, and lastly a professional chaos handler. Her lasting passion for photography and writing is put to use through her blogging and photo-documenting about real life issues that affect us daily. As a postpartum depression and breast cancer survivor, she focuses a large portion of her work on teaching awareness for mental health and women's health alike.
Related Topics
Related Posts
Comments