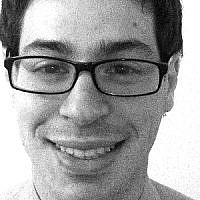 The Blogs
Barry Dolinger
Apply for a Blog
Advertisement
Please note that the posts on The Blogs are contributed by third parties. The opinions, facts and any media content in them are presented solely by the authors, and neither The Times of Israel nor its partners assume any responsibility for them. Please contact us in case of abuse. In case of abuse,
Report this post.

NOW THESE ARE THE JUDGMENTS — Wherever אלה, “these are”, is used it cuts off (פוסל) the preceding section from that which it introduces; where, however, ואלה “and these” is used it adds something to the former subject (i. e. forms a continuation of it). So also here: “And these are the judgments (i. e. these, also)”: What is the case with the former commandments (the עשרת הדברות)? They were given at Sinai! So these, too, were given at Sinai! (Mekhilta d’Rabbi Yishmael 21:1:1; Shemot Rabbah 30:3; cf. also Midrash Tanchuma, Mishpatim 3) If this be so, why is this section dealing with the “civil laws” placed immediately after that commanding the making of the altar? To tell you that you should seat (i. e. provide quarters for) the Sanhedrin in the vicinity of the Temple.

-Rashi’s Commentary on the Torah: Exodus 21:1 (translated by Sefaria)

For those familiar with the world of batei din (Jewish law courts) in the diaspora, it’s no great secret that serious problems abound.  The Mekhilta’s archetype of religious judgment and adjudication infused with proximate sanctity and the holy of holies is a far-fetched dream in too many cases.  Noted poskim (rabbinic legal decisors) and religious authorities from every corner of the religious world regularly warn about and decry the regrettable situation.  In particular, when it comes to the treatment of agunot, women whose husbands cruelly defy their religious obligations to give a gett, whether in exchange for money or more favorable settlement or purely as a means of abuse, the moral crisis is exacerbated.  In the face of all this, a new collaborative, grassroots initiative offers a non-controversial pathway to improve the situation for Jewish women seeking divorce, empowering women with the potential to help restore Jewish law and jurisprudence to its rightful place.

First, a word about the problems.  It’s often assumed that women who suffer as agunot do so primarily because of malicious husbands.  While that’s certainly a crucial part of the problem, it’s not nearly sufficient to understand the scope of the problem or to appreciate how we, collectively, can change the status quo.  In reality, there is a conducive environment that acts to catalyze husbands who are bad actors; the most effective solutions will root out the root causes of the problem.

Unfortunately, many (of course, not all) batei din operate in ways that exacerbate the problem to varying degrees.  Some problematic behaviors are minor while some are egregious and severe.  Let me give common examples we see with regularity from amongst the hundreds of cases we’ve seen at the International Beit Din.

Regularly, judges demand money, often cash payments, before they’ll agree to help with a case.  Famously, many men will only give the gett in exchange for large sums of money or favorable custody arrangements, if at all; these claims are often tolerated and sometimes encouraged by the judges on the batei din.  Women are regularly warned to show up to beit din alone, facilitating the inevitable abuse and extortion that will thrive in secret.  Sometimes, women must even show up alone knowing their husbands will be present, and even in cases where there are documented histories of domestic abuse or restraining orders in place.  Of course, a gett can also be arranged by shaliach/power of attorney so that difficult situations can be avoided, an option which is too often denied without explanation.  Regularly, fees are unequal and not transparent.  Every day, calls and e-mails seeking redress are ignored and unanswered.  Finally, courts regularly refuse to issue hazmanot (summonses) or a sh’tar seruv (order of contempt for refusing to come to beit din) because the husband is “willing” to give the gett – it just comes with an exorbitant price tag.  It is this last procedural piece that is one of the most common ways in which courts, often inadvertently, create a highly conducive environment for gett extortion.  Husbands know they will avoid communal reprobation and stigma and will claim things remain “complicated” with “two sides to every story.”  Both they and the courts claim they are “willing” to give a gett whereas the only thing they’re truly willing to do is to engage in extortion.  Women then struggle even to be considered “agunot” and to gain whatever support they might.

While this is not an exhaustive list, it gives a general flavor for how men commonly take advantage of an unregulated beit din ecosystem and create a dystopian, Kafkaesque court experience for their wives.  The results are as inevitable as they are tragic.  Women who are agunot suffer severe negative mental health consequences with all that that entails.  From a religious perspective, it is extremely common for people, whether agunot themselves, or their children, friends, or family, to question their faith or lose faith altogether;  what kind of system permits husbands, many of whom are happily remarried, to treat their wives as captives?

So what can be done?  Enter the Beit Din user experience survey.  A collaboration between the Organization for the Resolution of Agunot (ORA), GettOutUk, and Chochmat Nashim, this survey and a soon-to-launch “rate my beit din” website will allow women all over the world to upload meaningful information and anecdotal stories about their experiences at various batei din. This transparency will serve both to expose batei din that are corrupt, unprofessional, or simply unskilled, while simultaneously promoting and supporting those courts that are well-run, responsive, and just.  Notably, it empowers women by allowing them to tell their stories and choose proper forums based on the wisdom of collective experience.

From a religious perspective, this is important too.  For many, the current state of affairs is an understandable reason to cast aspersions on the system itself.  This new initiative, however, will surface not just complaints but also compliments and praise.  Courts that are doing the heroic work of helping women and fulfilling religious mandates to promote justice and limit iggun will be noted and named, hopefully allowing those forums to service a larger clientele while attaining justice and freedom for more Jewish women.  We applaud this creative use of the internet to bring transparency to the process of divorce in batei din and pray during these preparatory days before Shavuot that this project will help bring much more kedusha (sanctity) to the real-world administration of our holy Torah.

About the Author
Rabbi Barry Dolinger is a musmach of RIETS and serves as the Rabbi of Congregation Beth Sholom in Providence, Rhode Island. He is a practicing attorney and serves as the Executive Director of the International Beit Din.
Related Topics
Related Posts
Comments