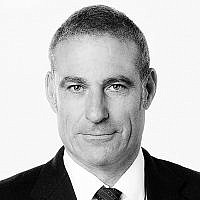 The Blogs
Gidi Mark
Apply for a Blog
Please note that the posts on The Blogs are contributed by third parties. The opinions, facts and any media content in them are presented solely by the authors, and neither The Times of Israel nor its partners assume any responsibility for them. Please contact us in case of abuse. In case of abuse,
Report this post. 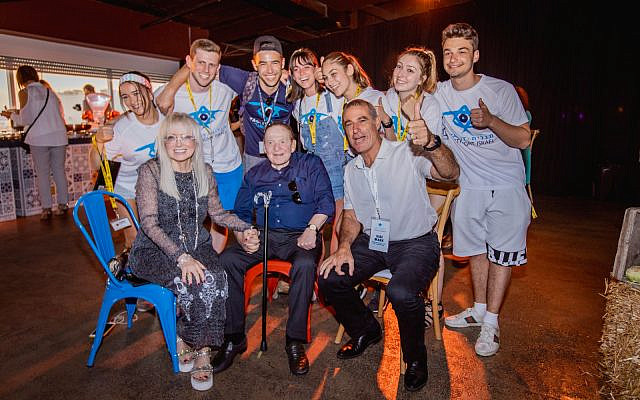 With the Adelsons and Birthright participants. (courtesy, Birthright)

There are people who walk this earth who can only be described as larger-than-life. whose legacies we are certain will echo throughout history. And whose good deeds will immeasurably impact millions after they are gone.

Our dearest friend Sheldon Adelson was that, and so much more. As a giant Jewish philanthropist, in partnership with his wife, Dr, Miriam Adelson, Sheldon’s ceaseless generosity and unyielding commitment to connecting Jews from all over the globe leaves an indelible mark on communities everywhere. He will be forever missed.

A resilient and generous man, Sheldon long espoused — in both word and action — his love for Israel and the endurance of Jewish culture around the world. Sheldon melded his selfless sense of responsibility with what seemed an endless joy in helping others as he worked tirelessly at strengthening Jewish identity, education and the bonds of Diaspora Jews found around the globe. Together with Dr. Miriam Adelson, Sheldon ensured the success — perhaps more than anyone else in history — of impactful causes that have helped to achieve his vision.

One of the flagship organizations that Sheldon supported with his relentless passion was Birthright Israel. Sheldon always felt profound joy at hearing young Birthright Israel participants uttering what he called “those five magic words”:

“This trip changed my life!”

Sheldon changed my life, too. Sheldon’s consistent generosity has provided the gift of a free trip to Israel to hundreds of thousands of young Jews from all over the world. Some 750,000 young Jews have participated in Birthright Israel programming, and that would have been impossible without Sheldon’s support.

These Birthright Israel alums and their two million family members are all part of the legacy that Sheldon and Miriam took upon themselves to build and nourish . The impact of these life-changing Birthright Israel simply cannot be overstated. They will help shape the lives of an entire generation of people.

As Sheldon so eloquently said, “We mix the cement that connects one generation of Jews to another.” This cement will continue to serve as the foundation and the bedrock on which the Jewish future continues to flourish.

The passing of Sheldon Adelson z”l is a great loss to the Taglit-Birthright Israel family, to the Jewish people and to the State of Israel. He worked diligently to ensure the future strength of Jewish life and Israel., and we shall honor his vision by continuing to realize it for many more generations to come.

Our deepest condolences are with Miriam and the Adelson family.

About the Author
Gidi Mark is CEO of Taglit Birthright Israel and has been with the organization since 1998. Prior to this he served in Israel's Ministry of Foreign Affairs in embassies and consulates in Istanbul, Bonn and New York.
Related Topics
Related Posts
Comments